6x6x6: In Our Time as told through T-Shirts

Week two of Hardboiled was dedicated to Ernest Hemingway’s collection of short stories In Our Time (1925). It’s a series of stories loosely connected around the themes of war, loss, death, and some larger, figurative “end of something.” It’s the third or fourth time I have read this book, and I have to say it has gotten better for me each time. I always considered myself part of the Faulkner camp when it came to U.S. modernism, especially during undergraduate, but I’ve starting to really come around to both the style and themes of Hemingway’s fiction since.

It’s amazing just how much Hemingway can pack into so few words and such short, taut sentences. The genre/style of Flash fiction that has become increasingly more popular as of late and I am realizing it has many of its early, genre-defining masterpieces within In Our Time. Stories like “The Revolutionist” and “A Very Short Story” are little more than a page but so rich with narrative that every line could be the plot of a novel (more on “The Revolutionist” in particular in a minute). The majority of these stories are five to six pages—but feel as fleshed out and dense as any novel. The ways in which Hemingway’s minimalist style congeals so beautifully with the way he in which the aesthetic of minamlism has defined the web for the last 5-10 years is fascinating to me. It’s as if the web were the perfect medium to analogize and engage such a format given our own technological transformations. Paul Bond, who has been playing along with hardboiled and is awesome, says it best in his reflection about Hemingway’s style:

I wonder if Hemingway’s style was in part a reaction to his time. The beginning of the twentieth century saw life quickly going from a gas-lit, horse and buggy world to cars and planes and electricity and radio. In those circumstances, lives would have gotten busier, the pace faster, and Hemingway’s sparse style would have been a natural fit. In our own time, life is even busier, and we’re sending messages in 140 characters and telling stories in six words.

There some important parallels and they underscore my rationale for starting with Hemingway. His style, which is almost invisible to most given how common it’s become, was a radical departure from the extensive verbiage of Victorian tomes that defined a century of fiction before figures like Ezra Pound, Virginia Woolf, Gertrude Stein, and James Joyce started experimenting wildly. Hemingway’s prose in many ways became the vernacular of that experimentation that is still in use today. And while he is not alone in this, we’ll talk about Dashiell Hammett’s simultaneous experimentation with form and the detective genre, the focus on minimalism, violence, and the end of a way of understanding the world outside of the technological modernism that defines the early 20th century is beautifully and succinctly embodied in In Our Time.

But that’s all fine and good to say, now let’s anchor the argument in that actual text and its contexts. The approach I am taking in this post is to use short, six word quotes from the various stories, alongside an iconic image, and putting them on a shirt to try encapsulate an element of a story and its themes. I talked about the idea in some detail here, and once again Paul Bond has already done a brilliant example from “The Battler.” Paul notes that “People would get that there’s a cryptic meaning to it, but most wouldn’t place the quotes.” It’s kinda like Hemingway’s style, an allusion to things, ideas, and meanings that you have to work for—an issue that was foregrounded during class this week. Few, if any, students in the class dug deeply into those allusions, or ruminated on what exactly is going on just beneath the surfaced tip of the proverbial iceberg. That must change!

Anyway, as an attempt to model the 6wordsx6iconsx6shirts (6x6x6) assignment I did a number of them last night that are tied together by the recurring theme of loss, the ravages of war, death, and a world in radical foment—a theme I only just touched on Thursday with my favorite story from this time around “The Revolutionist.” But let’s start with the ruins! When I first read In Our Time in undergraduate with professor James Goodwin at UCLA he returned again and again to simple quotes through the story that were constantly referring to a concrete, physical reality as well as a psychic state. The realism in Hemingway always finding its symbols and icons realistically weaved inside the story so that disaggregating the two became increasingly more difficult. This works nicely in “The End of Something” wherein Nick and Marjorie breakup because Nick can’t feel anything anymore. It’s the end of something, but the figure they keep referring to as over is not the relationship but rather an old mill that has abandoned. All that is left is the ruins, and its the ruins of a time gone by as well as the ruins of Nick’s emotions and his relationship with Marjorie—all happening at once, all sparsely described, and all competing levels of genius that start to hit you if you just slow down a bit and look for them. “The End of Something” could have just as well been the title of the collection of stories. Here is my shirt for this quote, a theme of loss and a relationship, life, and world in a kind of psychic ruin is all here in this simple 6 words with the right context 🙂 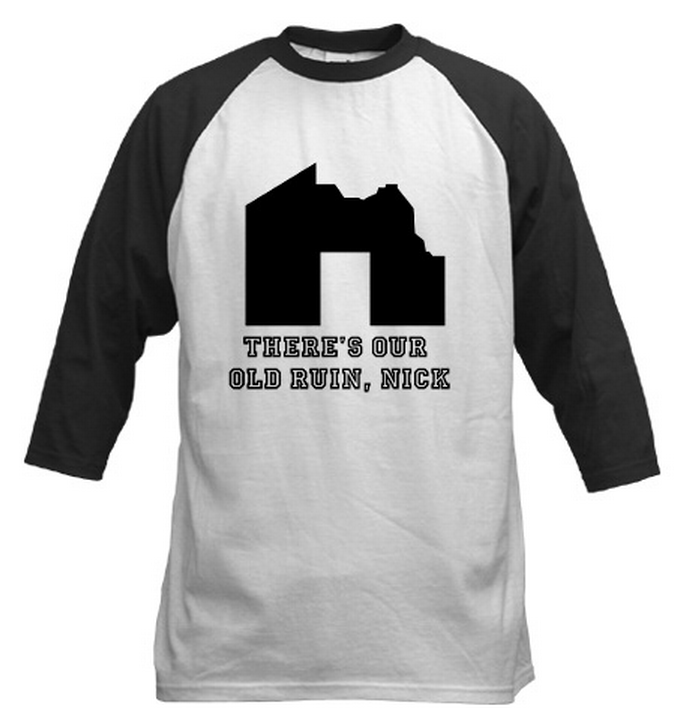 Playing on this theme the following story sequentially, “The Three-Day Blow,” picks up his theme and uses the storms of Fall that blow all the leaves off the trees and rip through the lanscape (a figure returned to at the end of the stories with the grasshoppers and scorched earth) becomes the controlling metaphor for Nick’s sense of emotions and attachment being blown away. He gets excited at the idea that it is theoretically possible he could love Marjorie, but as the stories ends it is apparent that that possibility to that the “wind blew everything  like that away.” Again the naturalistic metaphors seamlessly integrated into the story could be completely missed if you don’t have a sense of the context and the psychic wounds Nick is carrying around—the vignettes about the war, bullfighting, etc., seem to frame that context for the reader, but the refusal to spell it out is jarring and the approach from some many different perspectives, none of which are necessarily grounded suggests the influence of Pablo Picasso and Gertrude Stein’s experimentation with cubism on Hemingway’s early masterpiece—and arguably his greatest book as a result. 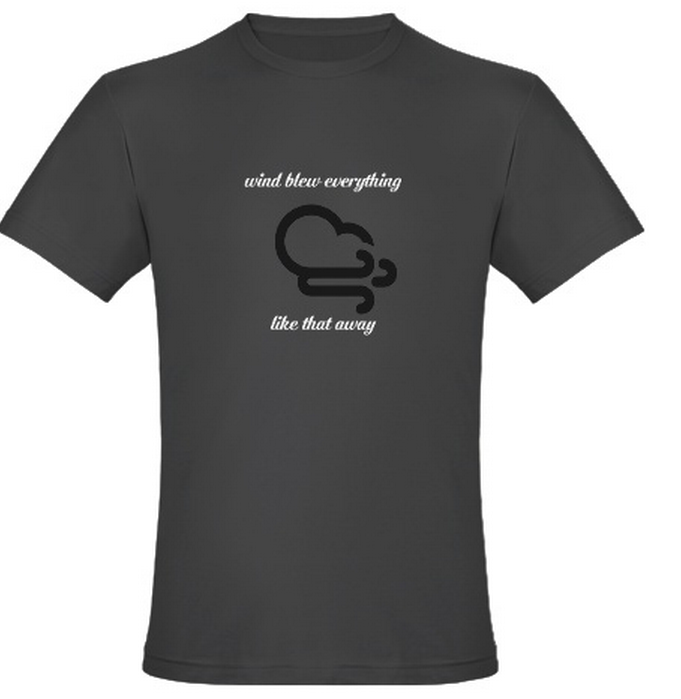 “I don’t love anyone!” is a Belle and Sebastian song, but it’s also a major recurring theme throughout the stories, the inability for the characters in “The End of Something,” “The Three-Day Blow,” and “Soldier’s Home” to be able to connect or talk about their experiences in the war becomes the unspoken reality. This is not a book about the physical atrocities fo the war as much as it is a book about the psychic atrocities of warfare more generally—and he tells it all indirectly—an approach that is so much more subtle, haunting, and painfully beautiful in the end. The following quote is from the back and forth between Krebs and his mother in “Soldier’s Home,” a story many scholars point to as the obvious war story from the collection, but you could argue they almost all are. 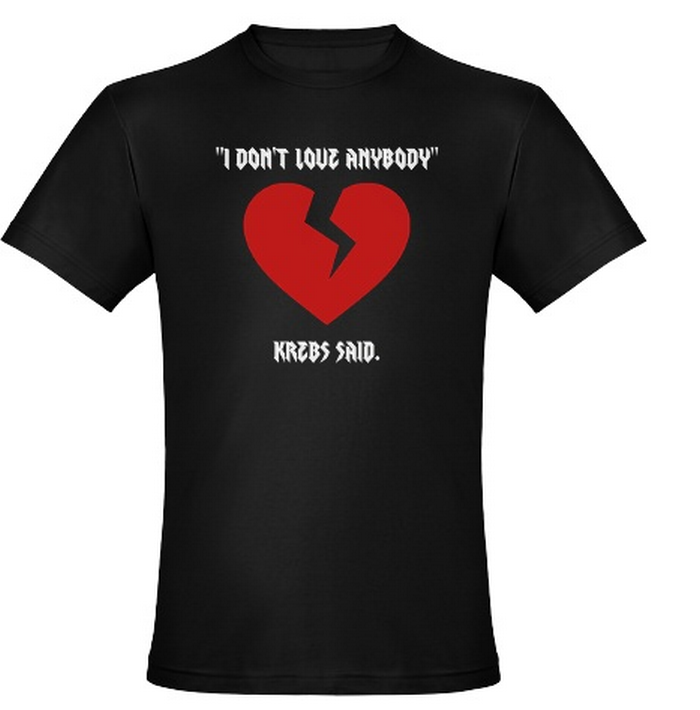 The real discovery for me this time around was “The Revolutionist,” a very short story about a Hungarian communist fleeing the “White Terror” through Italy. Little over a page long, I was blown away by how much Hemingway could pack in there, and how dense the story was. In just three paragraphs he references the White Terror in Hungary, the early masters of Italian painting, the revolutionary state of the world, and the ethnic atrocities committed by Horthy as a reaction to the short-lived communist-driven Red Terror in Hungary. All this happening in such little space, and what struck me is none of my students stopped to dig here. What does Hemingway mean by “Whites in Budapest” or “Mantegna he did not like” or “Horthy’s men has done some bad things to him” or “he believed alltogether in the world revolution”? I stopped at each of these points and asked the class again and again. No one knew. No one simply did a search, that’s all you would have to do to get a wealth of historical context that turns a one page story into a book-long adventure into the political aftermath of World War I with Hungary as the stage for a ethnic cleansing of the Jews that would be scaled to horrific levels just 15 to twenty years later. Who is Mantegna (Andrea Mantegna the great 15th century Italian artist)? And why doesn’t this Hungarian revolutionist like his art? What world revolution is he referring to? What’s happening here? Who the hell is Horthy? A good student is gonna wanna know, and that has never been easier in this day and age thanks to our own technological revolutions. But it doesn’t happen, it is still not a habit for most students to connect the dots. What I really love is how easy Hemingway makes it apparent who is doing the work and who isn;t, because he makes you work to truly understand what he’s doing. Minimalism comes with the price of putting the work back on the reader, and I like that. So here are my two designs for this chapter, and ideas about why the revolutionary might not like Mantegna, especially when the story ends like this: “The last I heard of him the Swiss had him in jail near Sion.” 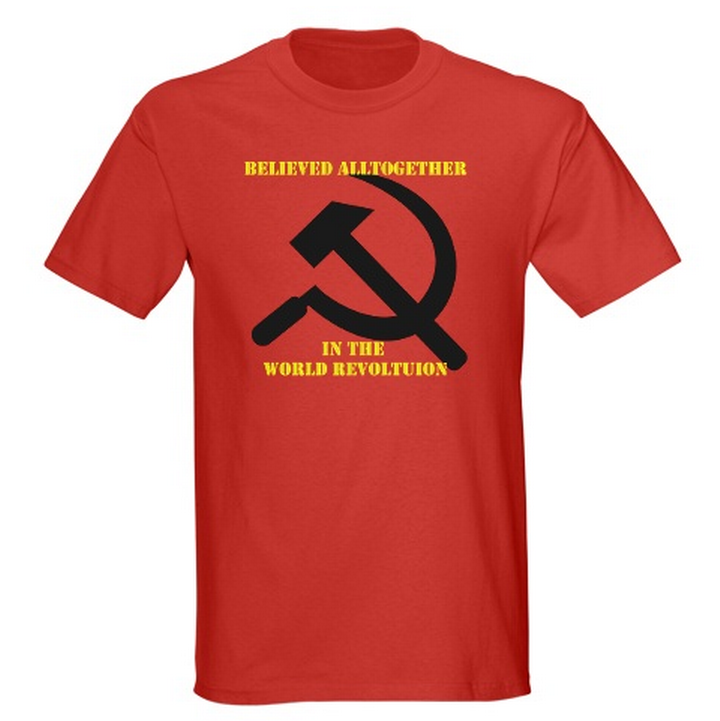 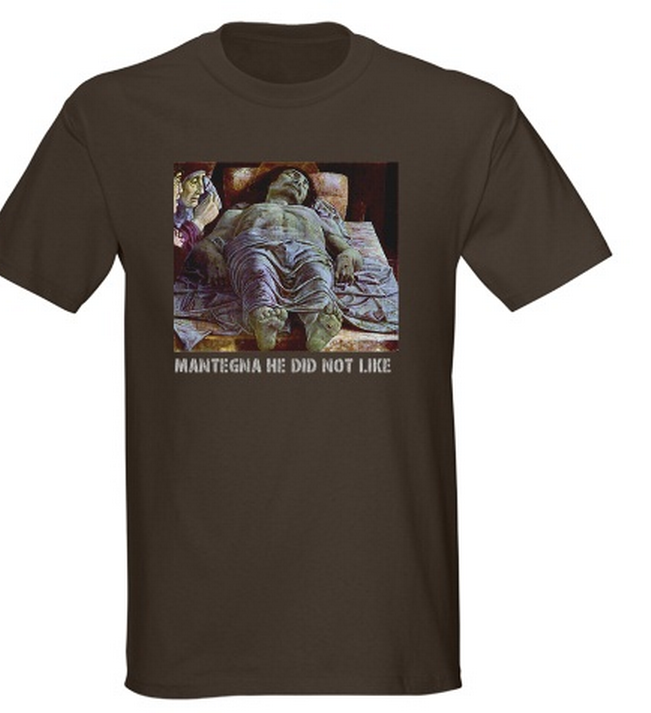 And finally (I’m not the textual minimalist that Hemingway is 🙂 ) the quote in the first part of “Big Two-Hearted River” (find it online here) in which the scorched earth, and soot covered grasshoppers become the metaphor for the post-war generation of lost souls tainted by their experiences. Here is the passage, and after that comes the shirt. This approach of Hemingway to anchor the themes in the descriptions of the natural environment in the most simple, and unassuming of symbols marks his ability to reduce the themes and figures to the most fundamental, unassuming examples he could find—and they are that much more powerful as a result:

As he smoked his legs stretched out in front of him, he noticed a grasshopper walk along the ground and up onto his woolen sock. The grasshopper was black. As he had walked along the road, climbing, he had started grasshoppers from with dust. They were all black. They were not the big grasshoppers with yellow and black or red and black wings whirring out from their black wing sheathing as they fly up. These were just ordinary hoppers, but all a sooty black in color. Nick had wondered about them as he walked without really thinking about them. Now, as he watched the black hopper that was nibbling at the wool of his sock with its fourway lip he realized that they had all turned black from living in the burned-over land. He realized that the fire must have come the year before, but the grasshoppers were all black now. He wondered how long they would stay that way. 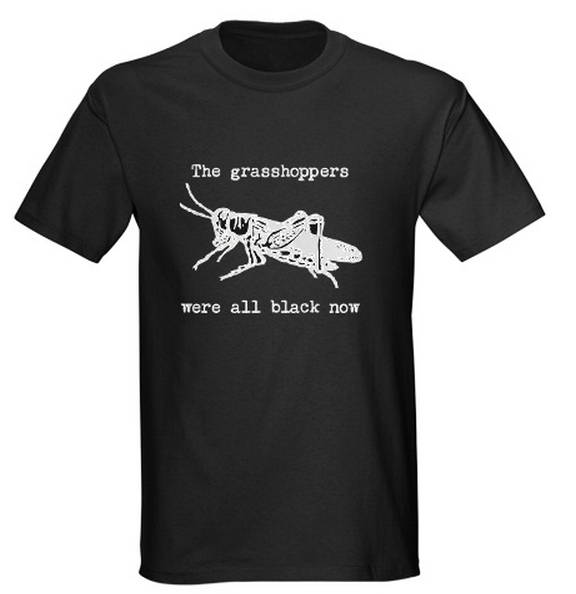 How long would a lost generation stay that way? the grasshoppers were all black now

“wind blew everything like that away”
-The Three-Day Blow, Pg 49
http://thenounproject.com/noun/wind/#icon-No2636 Wind
http://www.cafepress.com/cp/customize/product2.aspx?from=CustomDesigner&number=694643997

“Mantegna he did not like.”
The Revolutionist, Pg 81
Image from Wikipedia article
http://www.cafepress.com/cp/customize/product2.aspx?from=CustomDesigner&number=694642928

This entry was posted in detective fiction, Hardboiled and tagged 6x6x6, Ernest Hemingway, hardboiled, In Our Time. Bookmark the permalink.

3 Responses to 6x6x6: In Our Time as told through T-Shirts