Alta Via Day 3 Or, the High Plains Drifters

I wrote this post on August 7th, the evening following a magical third day of our hike through the Dolemites. You can read the post about day 1 here and day 2 here. I was able to write three posts while still hiking, but two of them (this one included) sat in my draft queue given a lack of any real photo organization skills (not to mention uploading them from the trail which was increasingly harder the higher and further we climbed). The third day had us hiking from Val Gardena to Val Badia, which was a new valley for me and as stunning as the others–if not more so. I promised myself I would get these posts out by year’s end, so this is my last ditch effort. [Finally published on January 1, 2020.] 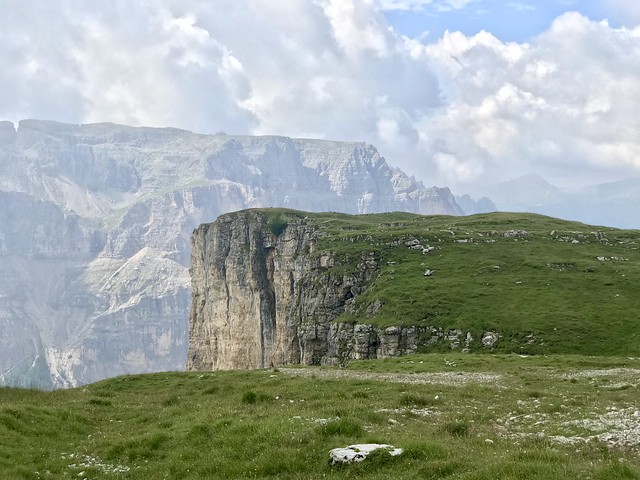 We left Rifugio Firenze around 7:30 AM after another unsatisfying continental breakfast, but on the upside we had our own room and we could spread out a bit. One of the things we were concerned about going into day 3 were some ferrate (basically steel wire affixed to the mountain face to assist when shit gets crazy) littering the map of the trail that morning. We asked the woman who ran the rifugio (who reminded me of my sister Kissy) if it was manageable without gear and she said “Absolutely! The ferrate signs are just on the map to keep the baby carriages out!” The alpine folks are a special breed. I’m racing against WiFi and time so I’ll try and keep this brief. 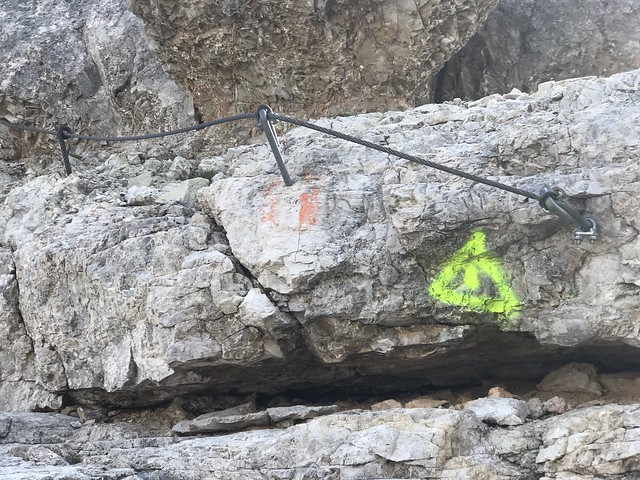 We headed out for the high plains which would peak at about 2700 meters, up from 2200. The climb was almost immediate, and the morning shots were absolutely stunning: 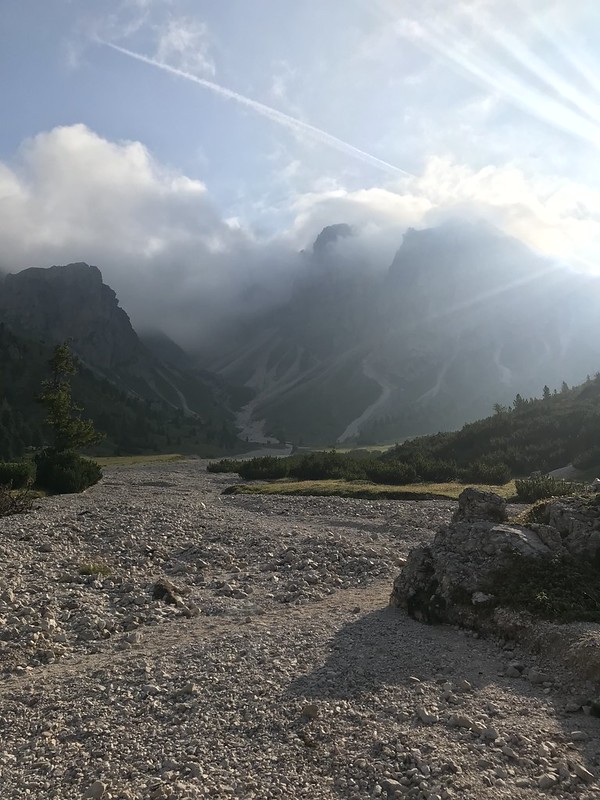 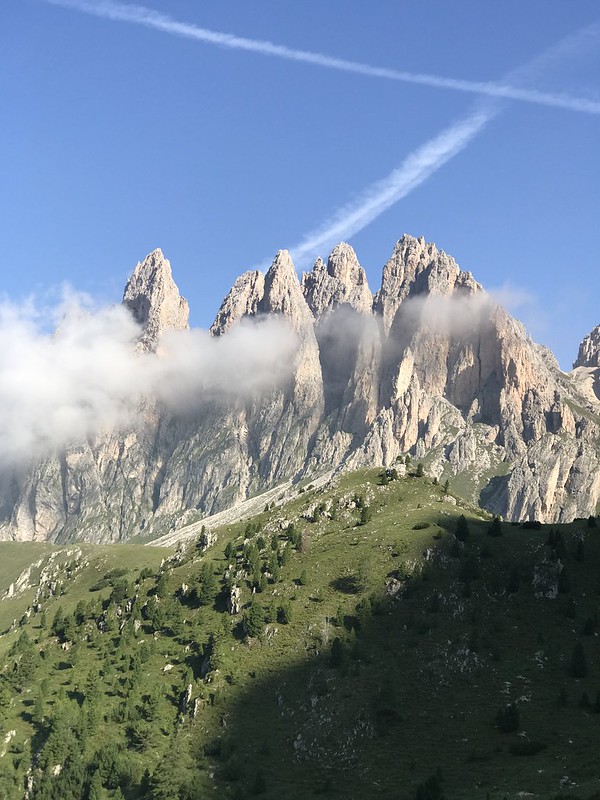 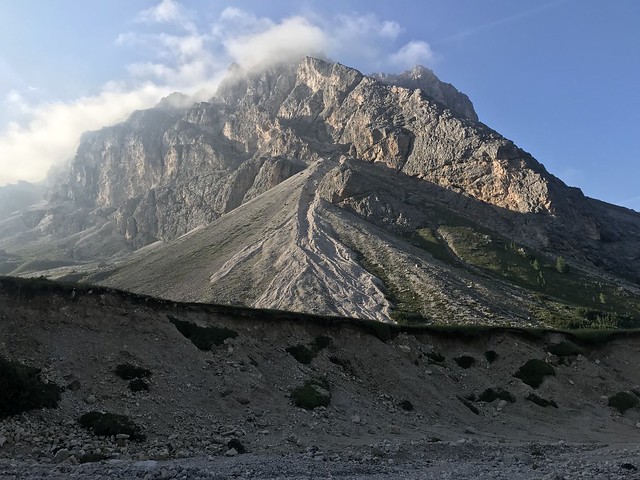 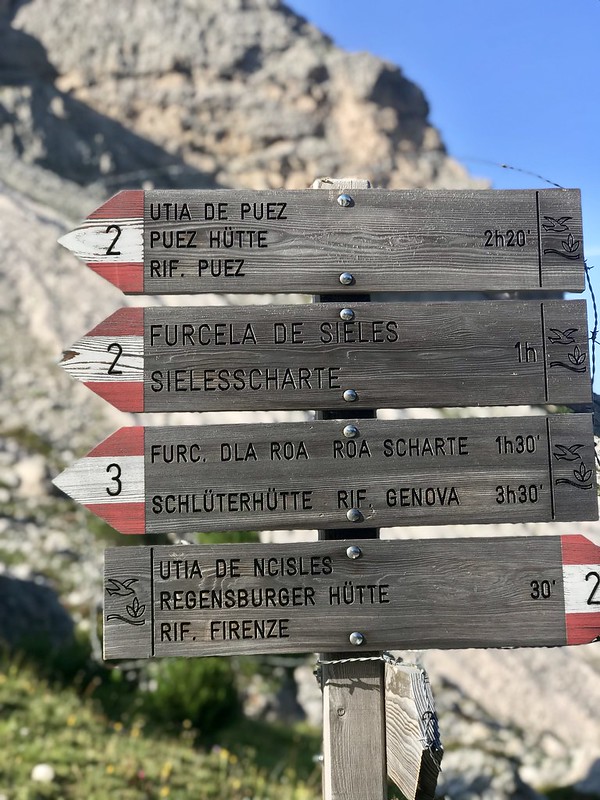 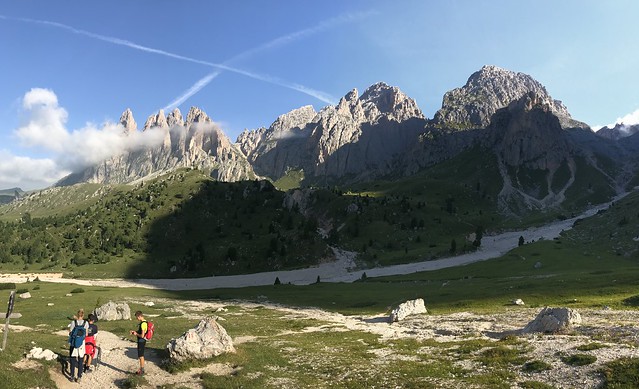 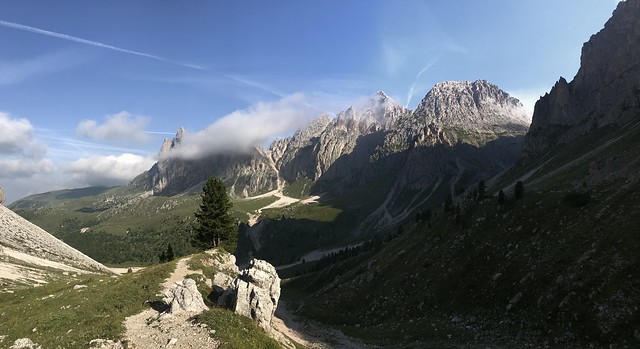 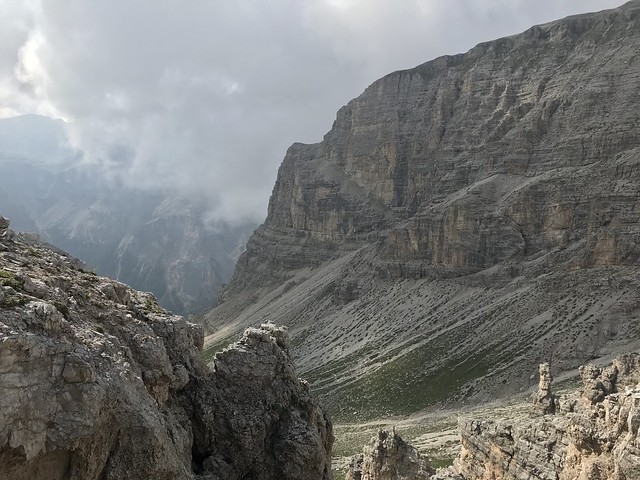 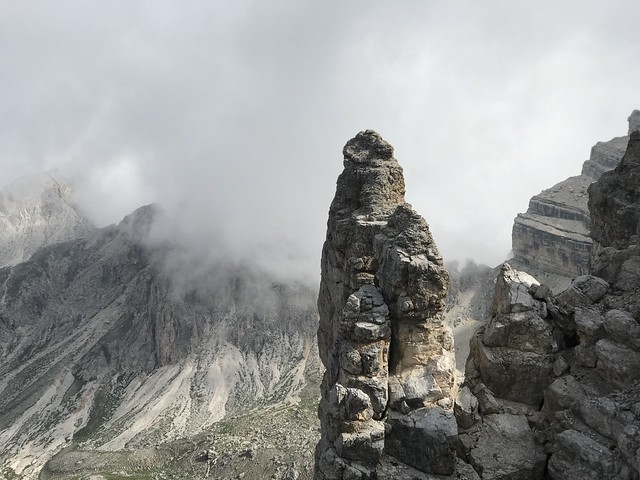 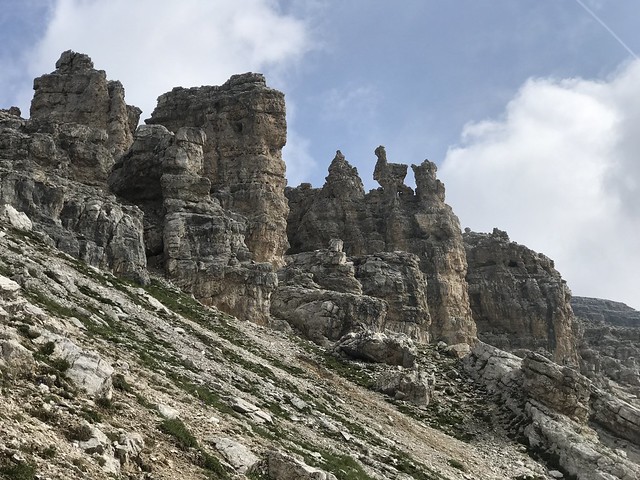 Once we reached the high plains after a 500 meter ascent, the plains opened up before us! We took the 2/3 trail which put us back on the Alta Via, and we got to the Rifugio Puez by 11 AM. Along the way we saw all sorts of animal life in the high plains, it is truly wild to see marmots, free-range sheep, and even a mountain goat we couldn’t picture. 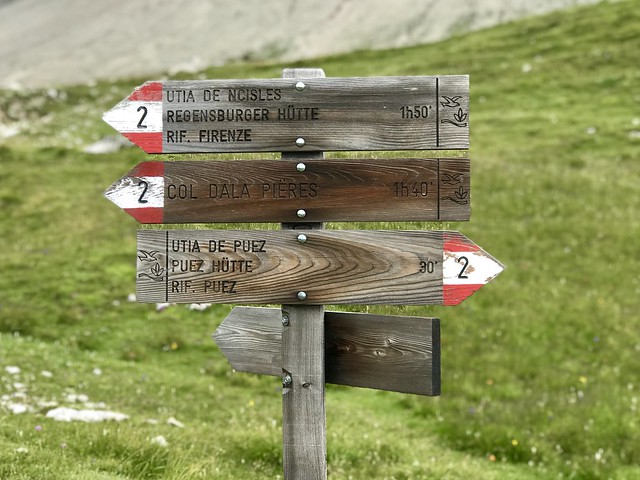 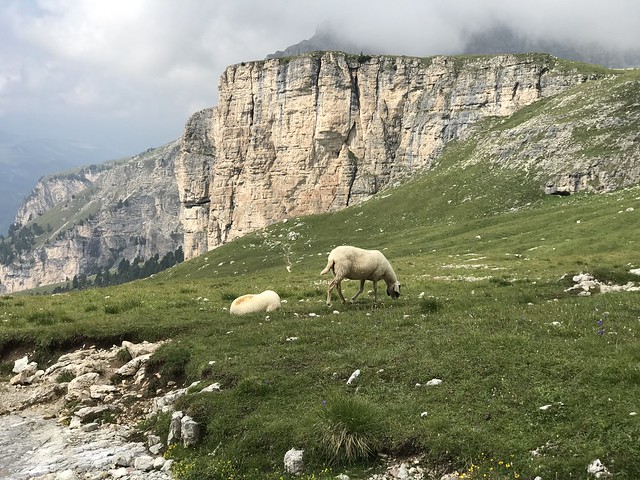 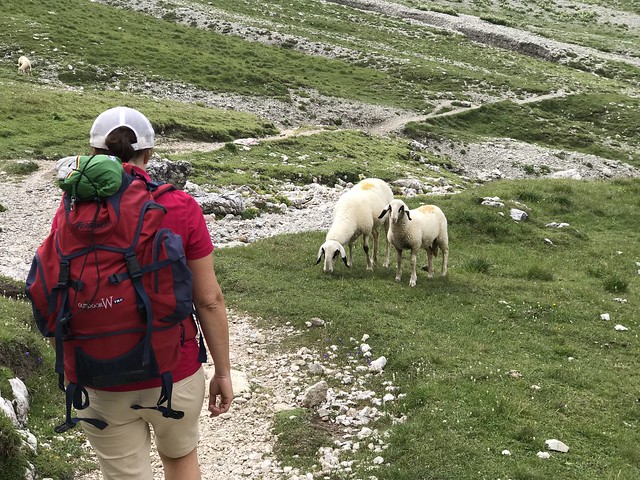 We were feeling awesome, and after a coffee at the Puez Rifugio we pushed on to the 1|11 trails to get to our stop for the night, Rifugio Gardenacia which is on the Eastern-most border of the Puez-Odle natural park. The landscape along the 1 and then the 11 was out of this world, almost lunar. 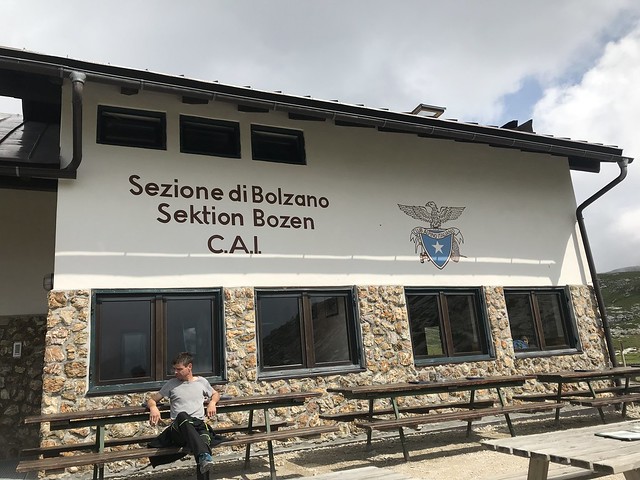 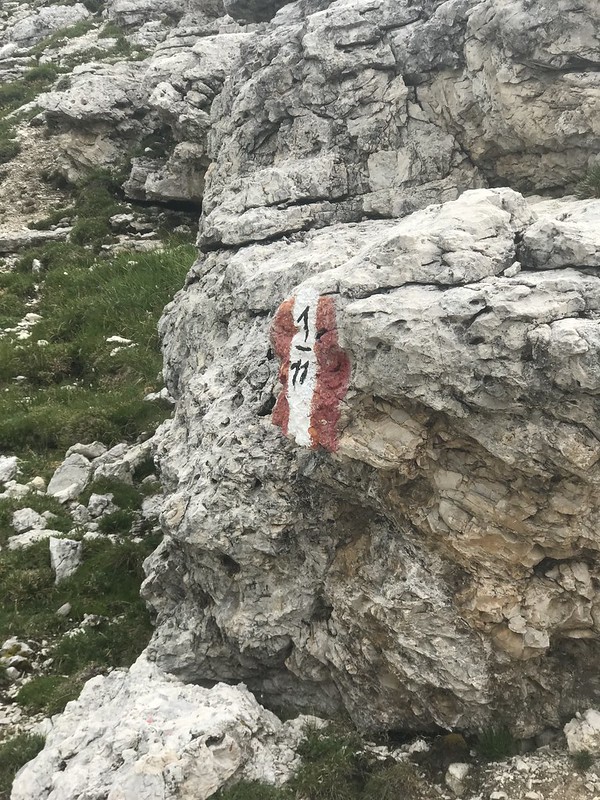 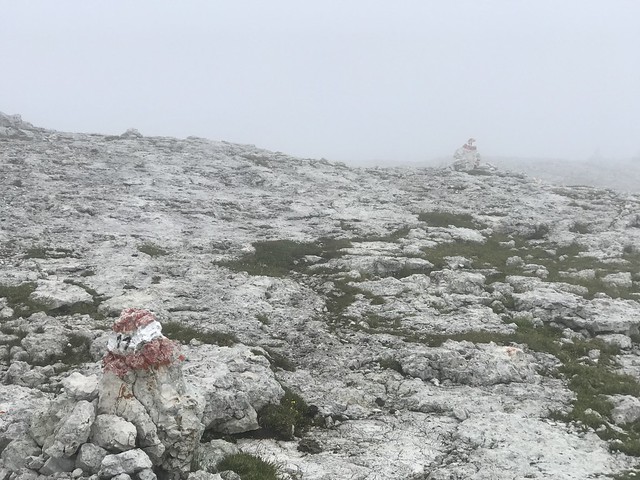 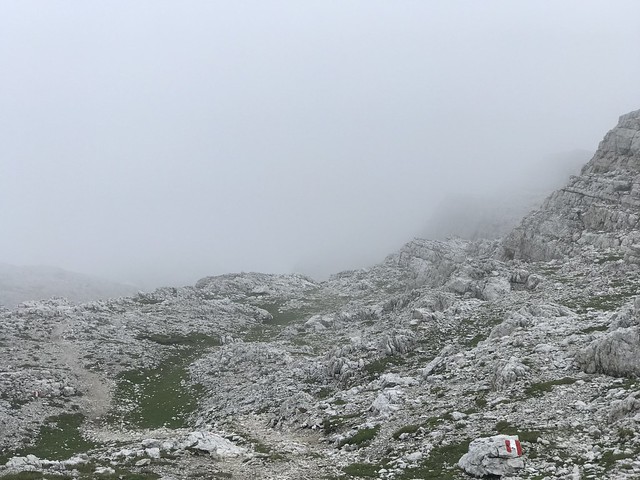 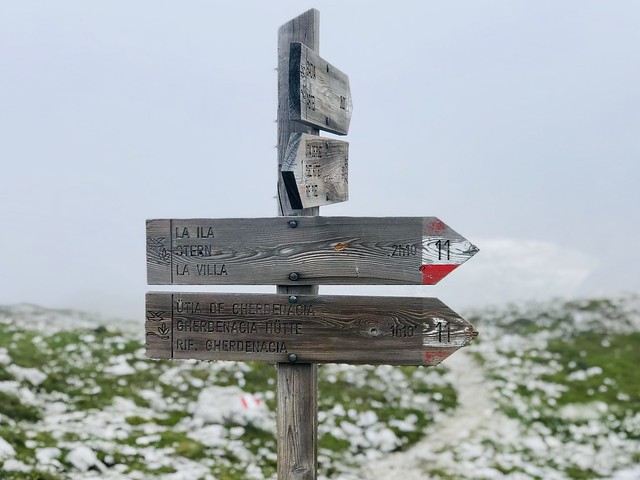 After a couple of hours on the 11 (which got long) we descended about 600 meters and Val Badia opened up like green flower below us. 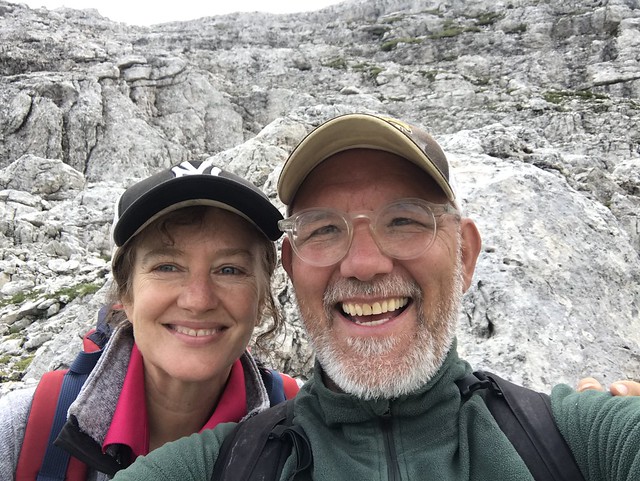 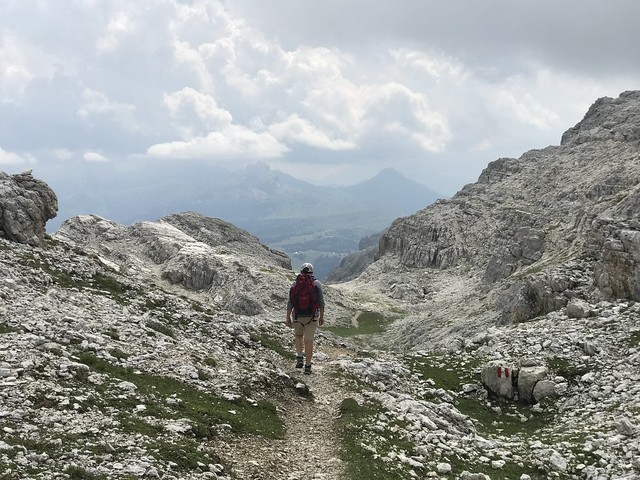 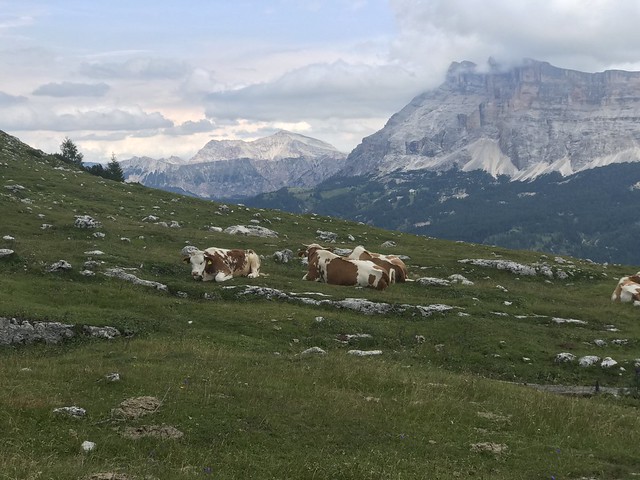 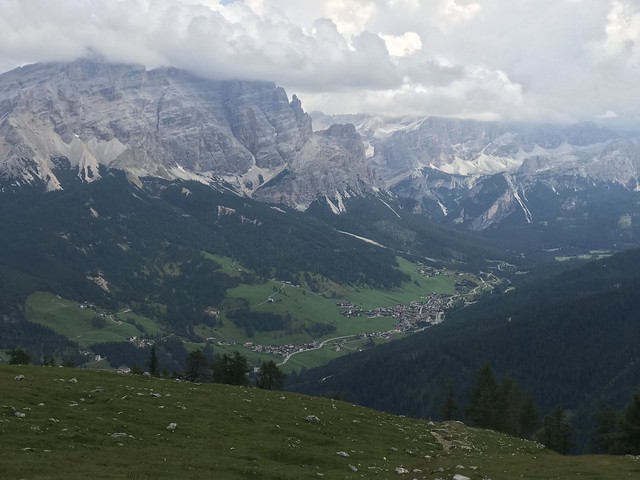 After an hour descent, we arrived safely at Rifugio Gardenacia, right before the rain. 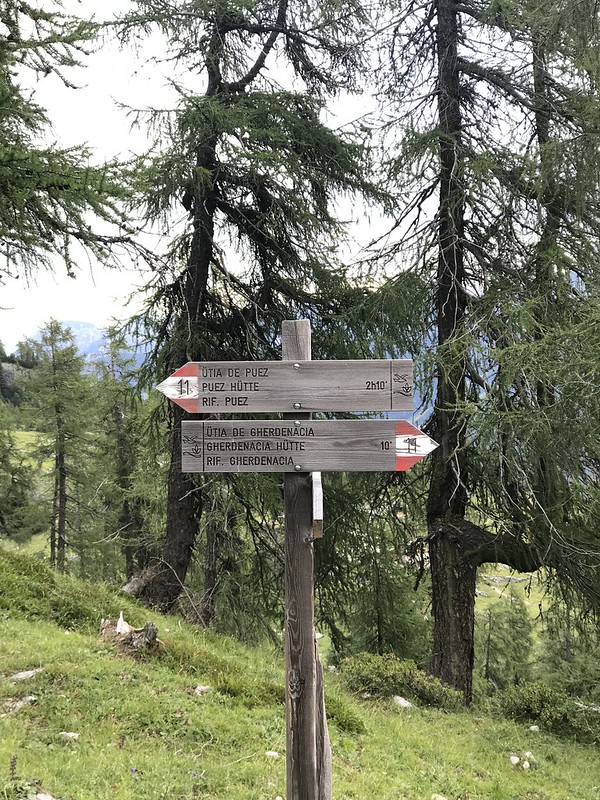 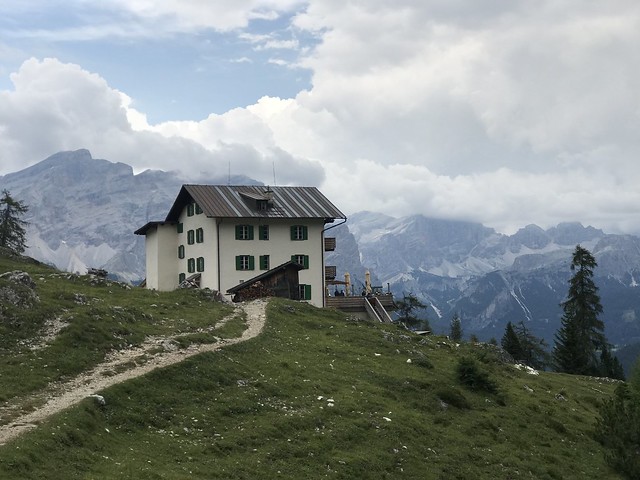 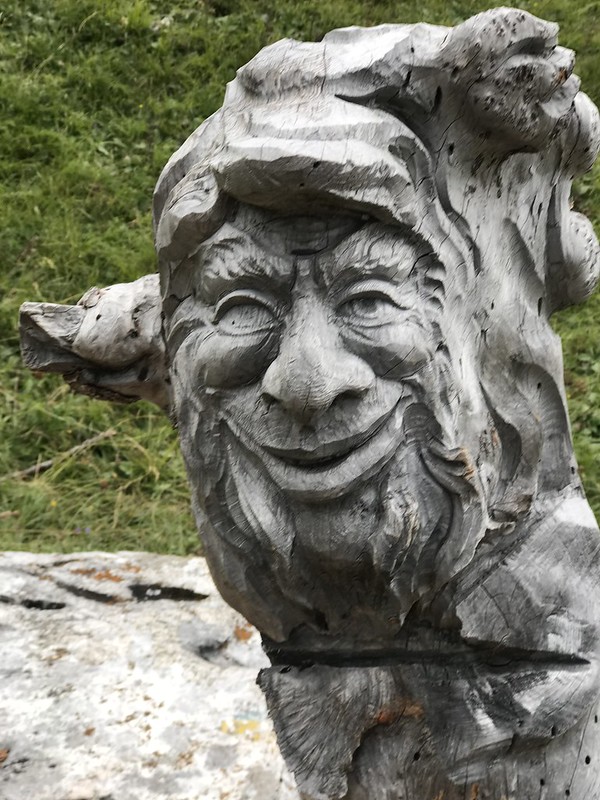 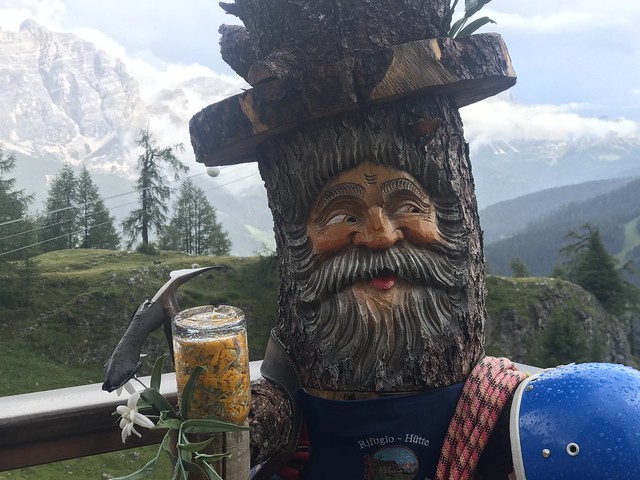 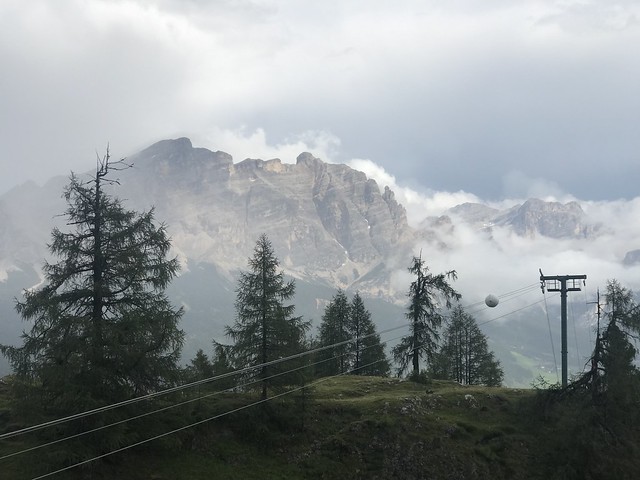 Rifugio Gardenacia was awesome, the panorama was the best I’ve seen at a rifugio, and the whole experience there was awesome. The room ruled, the food was delicious, and we even had a young kid playing traditional music on the accordion!

This day was a win, and we officially finished half the trip.

1 Response to Alta Via Day 3 Or, the High Plains Drifters