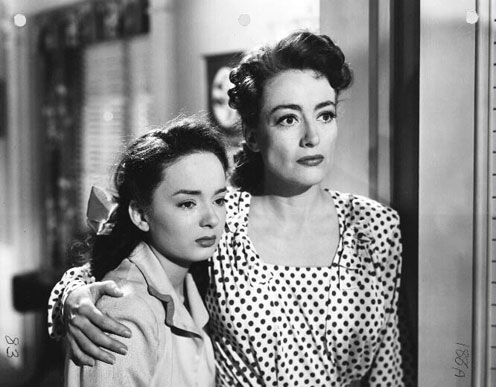 Mildred Pierce Class Discussion (10-11-12)
The class discussion covering the second half of James M. Caine’s Mildred Pierce from Thursday can be found above. Oddly enough I forgot my marked up copy of the novel at home, so rather than freaking out I turned it back on the class. What passages were they marking up? What particular elements interested them? I like this strategy and I think am gonna forget my book more often 🙂 We spent some time discussing what a total bitch Veda is, which is requisite for this novel. Also, does it seem strange that Veda and Monty ride off together into the sunset with scott-free with possibilites, more money, and no regrets. Talk about rewarding the worst possible characters, what does this say about Caine’s worldview?

And while discussing the end of the film we moved to the famous film version of Mildred Pierce (1945) starring Joan Crawford to talk about how radically it differs from the novel in some very interesting ways (William Faulkner was purported to be an uncredited writer for this film). How does the film differ you ask? Well, for example, the film begins at the end with Monty being murdered. Say what? There was no murder in the novel. In fact, the entire film is transformed into a classic noir right down to the flashback narrative, shadow filled atmosphere, and hardboiled detectives. The only detective in the novel was the private investigator Mildred and Bert hire to look into Veda’s blackmail scam.

Speaking of the film, Maureen found this great scene from Mildred Pierce on YouTube which actually captures the spirit of the novel quite well, despite Hollywood’s push to transform it into a noir (which works quite well):

Another nice tidbit about the film was the fetishism of Joan Crawford’s unbelievable performance, which is the subject of Sonic Youth’s song “Mildred Pierce” and further highlighted by the video: 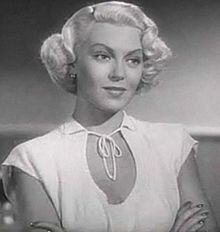 What’s more, Paul Bond blogged about how hard it is to separate Joan Crawford’s own biography from the film, which reminds me of Lana Turner’s crazy personal life, who is a femme fatale from another of Caine’s hardboiled novel turned famous film, namely The Postman Always Rings Twice. What’s more, as Lana Turner’s story goes Johnny Stampanato (a real-life LA mobster who makes an appearance in James Ellroy’s L.A. Confidential and The Big Nowhere) and Turner were having a violent argument when her 14 year old daughter stabbed Stampanato to death. The tangled web of Hollywood, literature, and crime!

Anyway, we wrapped up with discussing the midterm that we will have in-class on Thursday, October 18th. You can see some sample questions here, and be sure to bring a blue book, I will post the midterm online during the class for anyone who wants to have some fun.