One of the coolest things about being in Italy has been watching the kids acculturate, and that’s been nowhere more apparent than in the language. Of the three, Tommaso may have had the most Italian name, but he was certainly the least fluent in the language. Lucky for him he’s young. In no time he went from speaking very little to being all but fluent. It was wild, it took about two or three months at most. What’s more, he learned to read and write in Italian, so in many ways his English is becoming his second language 🙂 Just the other day he came home with a Patente di Lettura, or a “A License to Read.” 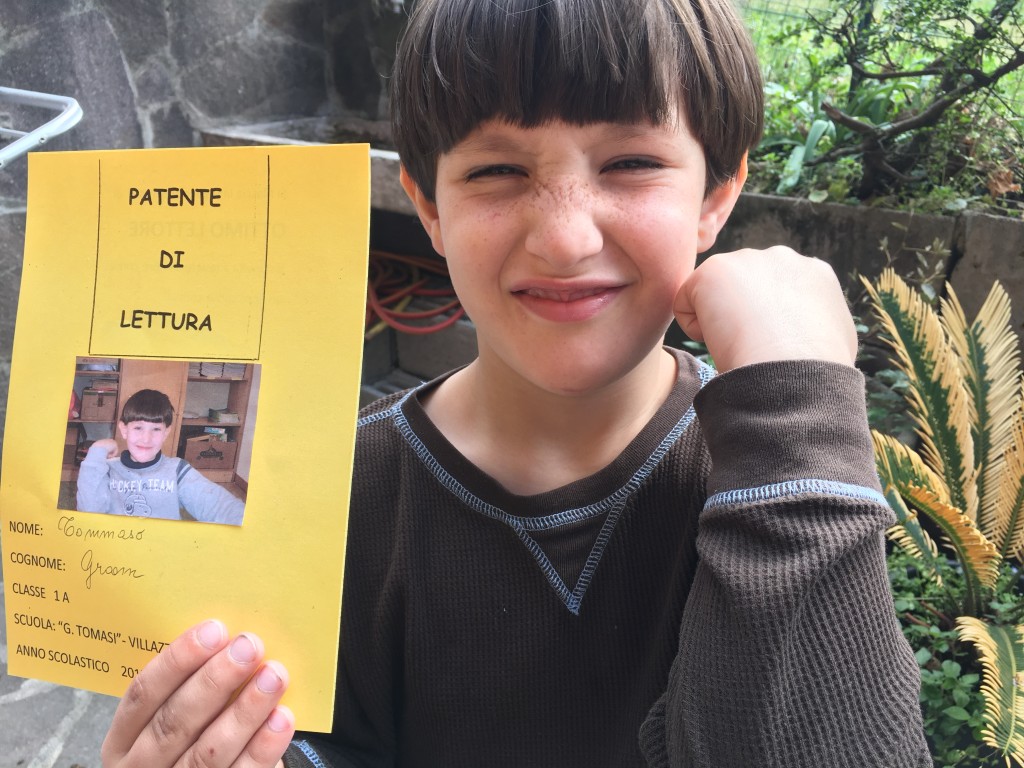 [As an aside, I love the almost mirror like pose of the picture within the picture. This was not planned.]

In fact, I’ve been experiencing some linguistic osmosis through my kids. I understand far more than I did 6 months ago, but my speaking is still pretty horrible. This has to change, I know—but I’ve been busy taking pictures and posting them to Twitter 🙂

Speaking of which, a recent day trip we took with friends to Villa Contarini in Piazzola sul Brenta reinforced how wild this new reality is. Villa Contarini is referred to as “little Versailles” and it’s a 16th century Villa that is nothing short of breathtaking. Whether the original design was the work of the history’s most important architect, Andrea Palladio, is up for debate, but I was impressed nonetheless. I’ll save the details for another post, but upon approaching the gates I was immediately struck by the statues of Perseus hold the head of Medusa. As a fan of the original Clash of the Titans (1981), this was almost as good 🙂 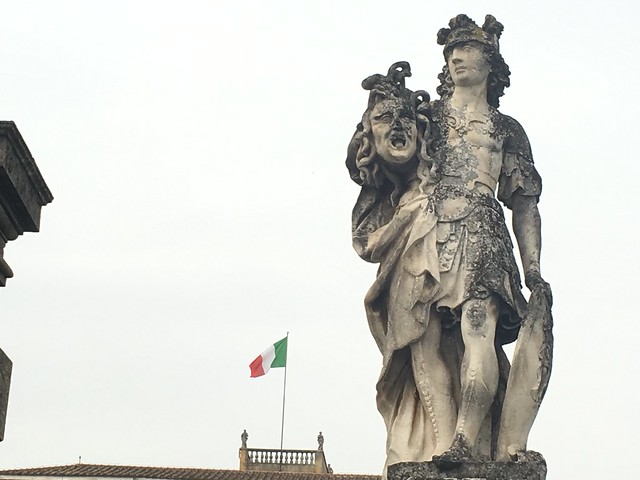 The fact that places like this will soon seem normal to my kids is a pretty wild thought. I remember watching For Your Eyes Only (1981) on VHS, so sometime after 1981—maybe 82 or 83—and telling my brother I wanted to be James Bond. [I really did idolize Roger Moore.] At a certain point during the film, probably after my constant declarations, my older brother told me in his matter-of-fact style, “You can never be James Bond because you can’t speak any other languages.” I was crushed!

Never mind that this happened during the scene when Bond was scaling a cliff to access a remote island Grecian villa—something I also couldn’t do—the fact I didn’t know any other languages seemed far more daunting. So, while my kids are mastering Italian and being introduced to German (it’s a trilingual school, but they already have the English fairly well set), I constantly think they can at least be British Secret Agents with a license to kill if worse comes to worse.

This entry was posted in Reclaim Italy and tagged For Your Eyes Only, reclaimitaly, Tommaso, Villa Contarini. Bookmark the permalink.