Open Architecture: Our Course Could be Your Life

With the recently peaked interest in open online learning, the conversation seems to have moved immediately towards the shock and awe of scaling an architecture for 30 thousand to 1 million students. I signed up for a Coursera course more than a month ago. The sign-up was both streamlined and relatively elegant (or at least simple), as was the course space. It was easy: the materials were clearly labelled, people were introducing themselves on the hosted discussion boards, the weekly assignments were front and center, and the entire enterprise was packaged quite well. It takes on the feeling of a process that has become utilitarian to a degree we could never have imagined. It reminds me of the beginning of Don Delillo‘s Mao II when they’re conducting a mass wedding of thousands of couples at Yankee Stadium: “They take a time honored event and repeat it, repeat it, repeat it until something new enters the world.” Yet, six weeks later I have not done anything in the course for many of the reasons Tim Owens nicely outlines in his post “Failing Coursera.” 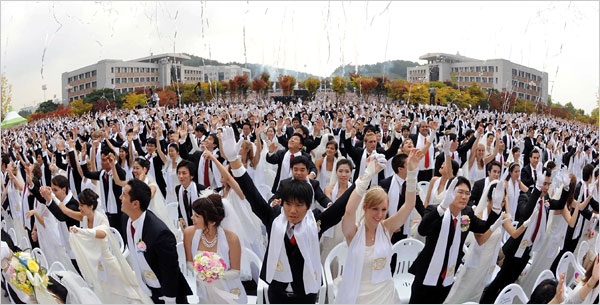 I don’t want to discount the potentially transformative effect of massification for either marriage or learning (the buzz around Massive Open Online Courses, or MOOCs, has been pervasive), but I also can’t help but feel we’re in a very similar situation as we were five or six years ago when we were imagining and designing spaces for teaching and learning. Coursera’s proprietary environment was created for scale and simplicity, a tool intended to perpetuate its own framing of course design. As with Blackboard before Coursera, not only is learning design limited by the environment, but learning interactions are shackled within them, too. Where is the space for aggregation, for owning your work? All your work exists on Coursera’s servers and is attached to a license scheme that makes it far from open and easily re-usable. This is not incidental, but rather supports another pervasive recent trend: ANALYTICS–as Michael Crow puts it there are “NO MORE EXCUSES” (the July/August 2012 issue of EDUCAUSE Review is scary in this regard).

Point being, you have no real control over the work you do in these spaces, and there is no sense of creating a distributed network wherein people can utilize their own, existing online identity as part of the course. For this reason alone I’ve been surprised just how little has been said about how the technology might in some ways reflect the values of a particular approach to teaching and learning.

Martin Hawksey’s blog post “Notes on technology behind cMOOCs: Show me your aggregation architecture and I’ll show you mine” does a brilliant job of breaking down some of the conceptual ideas behind the syndication/aggregation based course that enables people to own and control their distributed work. Where the challenge for MOOCs is how to scale a single course for many users—with little or no regard for interaction—a more interesting challenge for an open learning architecture is how to scale this approach across and amongst many courses. Or even better, across several institutions! I would love to scale a university, a discipline, or a community like Jon Udell is trying to do with his aggregated calendar project Elm City. This works towards a “a network of networks,” to quote Gardner Campbell. MOOCs, as they are being imagined currently by a few startups, are far too monolithic for the web; they’ve become the arena rock of the classroom, and I’m not so so sure they’ll have an encore. Rather than booking arenas for someone else’s tour, institutions should be innovating in the future of this space. To quote Brian Lamb’s recent post “No Content”:

…the focus on venture-capitalized MOOCs distracts us from better-developed strategies that promise to do more to reduce the costs and increase the reach of higher education: open platforms and open access….Think about the efficiencies an open source, searchable, syndicated, collaborative authoring system can provide when publishing to multiple environments.

This is particularly pressing when you consider that control over how faculty and students share and re-use content should ultimately belong to them. The architecture referred to in the above quote starts to get us there. A number of folks in higher ed have been working with open source architecture to create online communities wherein sharing and creating resources becomes an integral part of the very life’s blood of an institution. The idea that we can collaboratively build a platform that will help frame the discourse and sharing, which an architecture like this would reflect, seems the most pressing issue from the whole MOOC explosion, at least for me.

The open source ecosystem at the University of Mary Washington has enabled us to do some pretty innovative things locally, as has Baruch College, CUNY’s Academic Commons, and the University of British Columbia. Yet, these localized experiments remain surprisingly uninteresting to most universities. How can open architecture through open source applications not begin to represent a re-investment in innovative people, process, and possibility at universities rather than off-loading our vision to a venture capital-inspired “solution” for education? It seems to me that a tremendous amount of teaching and learning design is currently being abdicated by universities, and businesses have no problem filling the void. Pearson’s contract with the California State College system is a very alarming example of just that.

What should be a matter of leading the field into the 21st century has become little more than a consideration of global branding. No students in these corporate-wrapped course spaces are asked to take any ownership of the work they do. There is no aggregation or syndication, and even if there was—given that scaling is at the heart of this business model—how much of the architecture will be freely shared? Those of us who wanted to independently experiment with these ideas would be none the richer; the idea of enriching the commons through such a scaled, global model of the classroom is ultimately a sham. And the irony in all this is how many elite universities have freely given away their expertise to startups with no revenue stream, no foreseeable market, and no true understanding of how such a move might dilute their brand. Where is Cordelia when you need her? 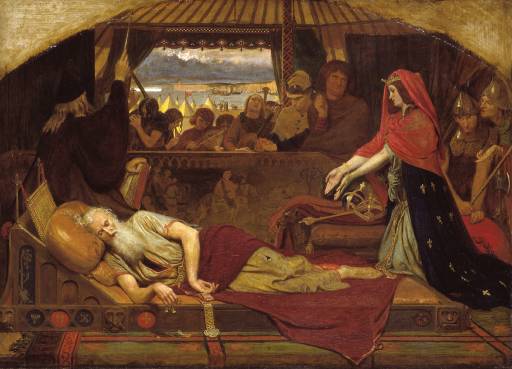 Rather than yelling and screaming about the state of open online courses as of late, I’ve turned back to Jon Udell‘s ideas from a 2007 talk he gave titled “The Disruptive Nature of Technology.” Udell lays out a vision wherein K-12, universities, and open source programmers are encouraged to help learners create “coherent personal digital archives” that seamlessly integrate with a wide range of institution’s necessary systems.

Jon Udell argues this is an issue that is necessarily bigger than just a student’s school work—because that’s not enough. It also has to encompass their personal photos, videos, transcripts, X-rays, dental records, police records, and a million other digital lifebits: a much larger, abstracted digital space in which people manage and maintain all their records and decide how to push them out appropriately to various destinations, a space we own and the university architecture can plug into securely and efficiently.

I understand we’re currently nowhere near this, but when we think about an architecture going forward, how can businesses, institutions, and governments alike not consider the importance of giving individuals control over their digital archives? Archives that as of now are anything but coherent, and that is the problem. RSS has opened the door, but it’s just the first step in a solution that will require our insistence and a commitment to imagining coherent aggregated hubs of content that we can each own and manage.

The idea isn’t to pretend that everyone and everything should be open source, rather to understand the issue is one of coherence, and right now coherence is often offered at the price of ownership and control. At this point, some kind of digital coherence can only be had if you work within someone else’s application. I want to be part of a movement that provides the beginning steps to building and imagining an architecture that makes the coherence of one’s online archive something that can be seamlessly syndicated, individually-owned and controlled, all while providing the greatest amount of privacy we can imagine in a networked world.

We have to broadly experiment with and come to terms with how we design an open architecture that provides for a coherent personal digital archive. UMW’s Domain of One’s Own pilot is just one early experiment in this regard, but I do think it is extremely important that higher ed takes on this challenge rather than offloading it to the sexiest start-up, a process that has given very few of us any more control over the online work we have done over the past ten years.

This entry was posted in Domain of One's Own and tagged domain of one's own, Jared Stein, Keep Learning, open architecture, OpenEd, rss, syndication. Bookmark the permalink.

1 Response to Open Architecture: Our Course Could be Your Life