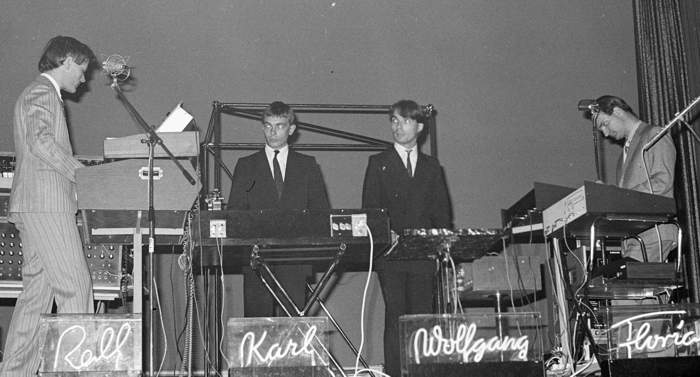 Concert in Zürich, 1976. The photo comes from the collection of Kraftwerk photos made by Ueli Frey.

Last week our newest server went live in Frankfurt, Germany. This is our first shared hosting server in Europe, and we were able to do it thanks to the fact that Digital Ocean has block storage available in their Frankfurt datacenter. We named the server after Germany’s electronic music pioneers Kraftwerk. And if you are new to this band, the song “Computer Love” off their 1981 album Computer World could double as the soundtrack to the story of how computers have re-defined our society over the last 3 decades since its release.

The Kraftwerk server was spun up on the heels of the Devo server  last month given how quickly the spudboy server was filling up. What’s more, we have been pushing to move our older shared hosting infrastructure to Digital Ocean, which means we needed to spread the now retired Hotrods server across both Devo and Kraftwerk. The Hotrods migration was finished up last week, and Kraftwerk is fully operational with over 300 accounts.

We figured this might also be a good time to offer anyone living in Europe (or elsewhere outside the U.S.) the option to be transferred to this server. If this is something that interests you just fill out the migration form and be sure to specify you want to move your existing account on Reclaim to the Kraftwerk server.

And for more Kraftwerk goodness, check on this BBC interview with the robots themselves: