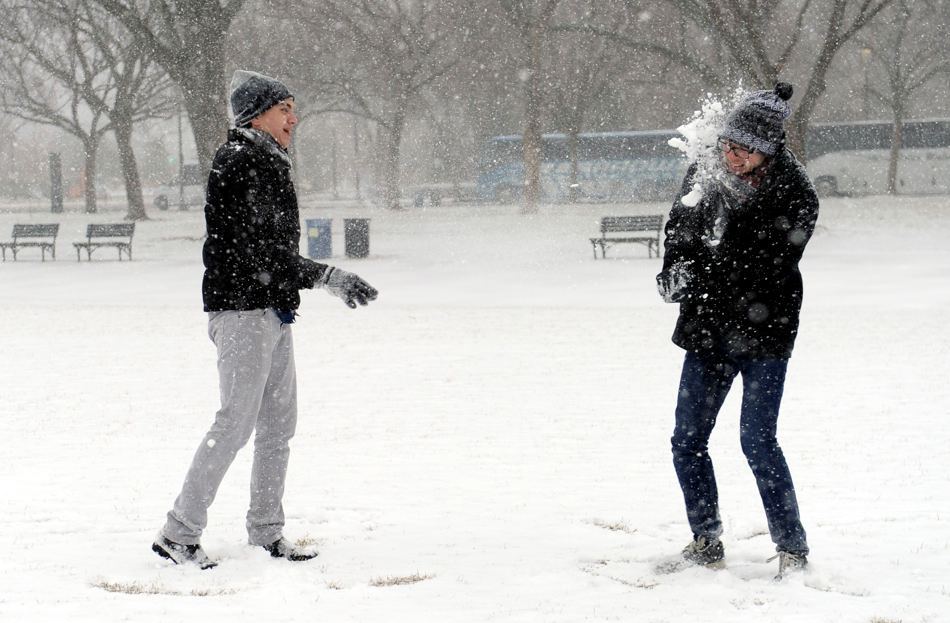 Image credit; The Eye’s “Images from our perpetual winter weather”

After I wrote this rather emo post about my teaching woes as a result of last Thursday’s class, the follow-up session on Tuesday was awesome. The “How It Works” panel did a phenomenal job of leading the class through a series of discussions about how the underlining technology of ARPANET worked, what TCP/IP means, how TCP it’s different from UDP,  and much more (Maddy even told this geeky Computer Science joke about UDP). Paul and I both concurred it was what we were hoping for when we dreamed this approach up, and all it took was me finally shutting up and letting them run the show.

Unfortunately this panel wouldn’t get an encore performance because UMW was closed today due to a snow storm. This is the second class meeting cancelled so far, and I feel the pain of colleagues who have had even more classes cancelled due to the weather this semester. UMW History professor Jason Sellers wrote about his last minute efforts to save from missing a second full week of one of his courses by running the discussion through Canvas.

I was in a similar predicament, so on Tuesday night I warned the Internetters that if class cancelled we would route around this problem, much like the internet routes around obstacles. Plan b was to have each of the panelists create a 3-5 minute video in which they explain how a particular technology works. Once they do this, they were to tag it “snowday” and the videos would show up on the frontpage of the course site by 6 PM. After that, the rest of the students would have 24 hours to have a distributed discussion of the seven videos through the comments.

Now, I understand that for some this might not necessarily “replace” the experience of a panel of students discussing how internet technologies work in a classroom. Nonetheless, if you’re flexible and use some of the tools at your disposal, you might get something different but equally instructive. Like, for example, the following four minute video Lex Adams created to explain how BitTorrent works to the rest of the class.

Lex reinforced for me just how powerful a good metaphor is at explaining a concept to someone who might feel like they have no context (it’s what my edtech career has been based on). I asked each of the panelists to make a video, be creative, and incorporate the theme of snow. The last element being a fun limitation that I hoped would inspire some novel approaches. In the case of Lex it did just that. He used the example of a snowball fight to explain the difference between how FTP and Torrent file transfers work. It was a pretty brilliant metaphor to start getting people to work through two radically different ideas so that they can begin assimilating a somewhat esoteric techncial concept.

This, in turn, got me thinking  we should consider building something like this into the course. The use of metaphor to explain how a particular technology works opens the door into the technical details. Once the interest is piqued you can provide links that send people out to various defintions, examples, etc. Additionally, I tend to think that crafting a precise and memorable metaphor to explain a concept is the best possible demonstration that you truly understand what you are talking about.

This entry was posted in The Internet Course and tagged bitTorrent, snowday, tic104, video. Bookmark the permalink.

6 Responses to Teaching BitTorrent by Way of Snow Ball Fights