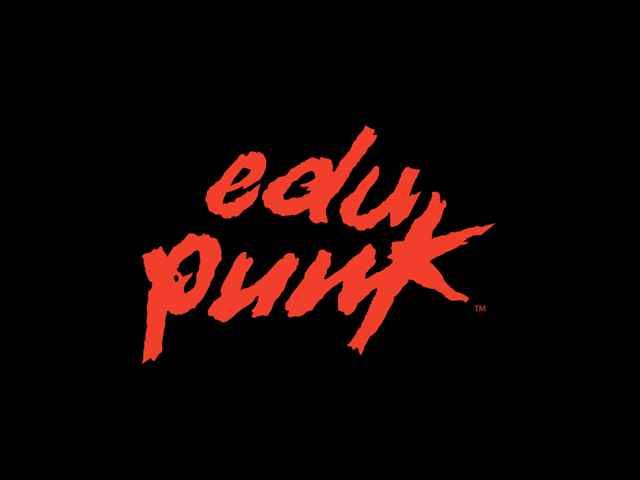 I really appreciate Martin Weller allowing me to take the reins of his 25 Years of EdTech series for 2008. It was a leap of faith for him to agree, but I think he realized that sometimes ed-tech’s history has to be told from the vantage point of the radical. Consider this blog intervention akin to The People’s History of Ed-Tech. What’s more, the timing could not be more perfect. Not only does the Europe’s General Data Protection Rights (GDPR) legislation go into effect today (empowering folks to reclaim their online data), but May 25th 2018 also marks the 10 year anniversary of the 2008 blog post heard around the EdTech world: “The Glass Bees.” That’s right, this blog’s fifteen minutes of fame was the post that introduced the term EDUPUNK which was a play on EDUCAUSE that Brian Lamb and I dreamed up together over drinks in Brooklyn, a few days later and a late-night manic blog post led to a small ripple on the web to EDUPUNK being declared a neologism by Wired.

The concept was pretty simple, take back the online spaces where teaching and learning happens from the dreary, florescent-lighted discussion boards of the Learning Management Systems (VLE for all you British geezers). Reclaim a sense of ownership and experimentation within educational technology and explore the possibilities—this was at the very beginning of the long trend of university IT departments wholesale outsourcing of everything from email (the beginning) to the LMS (just about done). One of the casualties of this era of institutional IT was that were very few options for experimenting with the new wave of Web 2.0 tools that were all the rage. It’s easy now to look back and discount the fervor around Web 2.0, but the options around personal publishing were exploding and most universities offered little beyond the LMS—which prompted companies like Blackboard to provide the “Next Generation” or learning tools like blogs and wikis that were little more than a re-styled discussion board. The publishing revolution truly was happening outside the university IT departments (and by extension educational institutions more generally) which prompted a subset of folks in ed-tech to cobble together alternatives, self-host open source applications, and generally provide a culture for edtech outside the mainstreamed LMS. In the end, EDUPUNK was ed-tech’s Web 2.0 culture war, which admittedly seems quaint after Gamergate. The web’s problems seem far more existential and complex ten years later, but a tributary of resistance in edtech might be found in that short-lived fervor around a divisive term that would be a brief glimpse into the issues that would come to define the field in 2018.

Where are they now?  Well there was an independent documentary created by Cogdog tracing the roots of this cultural missed opportunity—it should fill you in on all the sordid details:

Happy 10th birthday EDUPUNK! And big fan Weller, with all the smirking apologies an edtech punk can muster 🙂