Ambient Participation, Reclaim Radio, and Breaking on Through #4life

It’s been more than a decade since Grant Potter introduced me to the wonderful world of self-hosted web radio, yet another lasting legacy of that heady ds106 trip. During the pandemic the radio presented an occasion to return to micro-communities. For me, the uncertainty and dread of the early days of the pandemic will always be balanced by the joyful comradery of the ds106radio community. The sharing and laughing were a much needed salvo, and a good reminder how beautiful small can be. 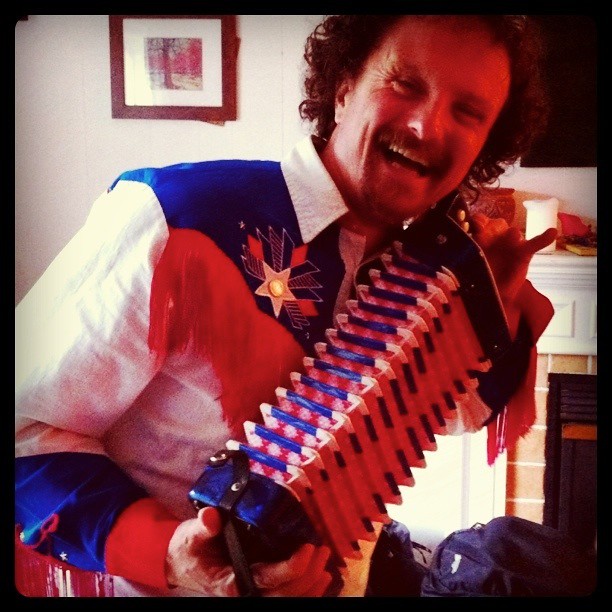 While that sense of urgency around connection at the height of the pandemic has retreated a bit, the radio still abides because it is, and always will be, awesome—with or without a virus. In fact, in the long wake of the virus many of our assumptions about how and where we work have shifted. Since the beginning of the pandemic Reclaim Hosting has hired five people that have no idea what a Reclaim Hosting office culture would even look like. Most (all?) of them seem to really enjoy working from home. As Martin Weller reflected on today, there’s been a real sense of excitement around building out the home office setup…in fact, Meredith’s Megadesk is quickly becoming Reclaim lore, and I love it. I’ve been building my home office setup since about 2018, and it’s getting pretty insane. I’ll leave out the details of 30 golden age arcade cabinets on the other side of the image below and just give you a look into the current iteration of the work space in the bavacrypt.

State of the bavacrypt this morning. I do love the home office space I've been building the last few years, and more to come! pic.twitter.com/RdbNdY6F92

I think of my home office setup as kind of Winchester House without all the mystery and guilt. A complete blast!  And now that Reclaim Hosting has gone fully remote as of March we’ve been working pretty hard on trying to create a joyful work environment where you can laugh and share virtually. It pushes you to think about how our physical space interfaces with the online in potentially interesting ways when so much of our interaction is not just text, but more and more video and audio. In fact, Maren Deepwell and Lauren Hanks are doing a timely Reclaim Edtech flex course, Hacks for Hybrid Working, wherein they explore the impact of the contemporary realities around free-range working—although I flatten all the possible variations of remote working with my inexact language. But thanks to the following useful breakdown Maren Deepwell shared in week 1 of Hacks for Hybrid Working, you can be better than me: 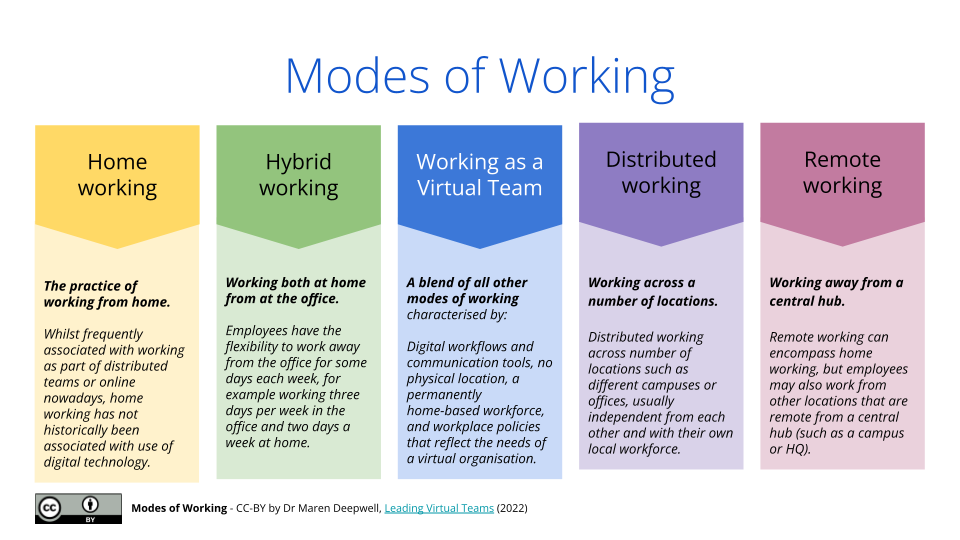 The idea of ‘ambient participation’ came up in Monday’s session, and it suggests how people’s backgrounds and working spaces become an integral part of their daily interactions online. In fact, they backgrounds become part of their online persona. That is quite true for me given my office is also a co-working/living space not only for arcade cabinet work, but also my son’s gaming rig or the dog’s waiting room until the next walk. It’s all part of the ambient reality that seeps into the online work we do.

One of the things that has started to take stronger hold at Reclaim Hosting has been broadcasting to Reclaim Radio. I just finished watching/listening to a vinylcast of Courtney Barnett thanks to our Community Instructional Technologist Taylor Jadin.

Both Meredith Fierro and Lauren Hanks were working on setting up Audio Hijack (one of many applications used for radio broadcasting) to go live on the radio earlier this week, and Chris Blankenship has an Azuracast—the open source software that powers ds106radio and Reclaim Radio—instance running on a Raspberry Pi hooked up to his record player. He even blogged his setup as well as some of the crazy music he listens to, which I love. So far he has played Agent Orange‘s Living in Darkness (a personal fav), the Germs, D.R.I., Midnight Oil, as well as his own bands music, such as  Toxitolerant and Skumboyz—both of which rule. But apart from the music (which I dig), it’s the act of sharing across the team and feeling there are fun, creative outlets to bridge the virtual space, which I think makes all the difference. And the fact you are doing it rom your home offices means it would be more like inviting someone into your living room rather than meeting in some sterile work environment. We are continuing to push on more regular streams (whether audio, video, or both), and the idea is share if you want and listen/watch if you can.

Like everything, it takes a bit to catch-on, but if you keep the door open and genuinely practice what you preach eventually the band will start playing together to become something greater than the individual musicians. That is why bands are special, and that is why when you go about building a team the idea of working together, riffing off each other, and creating something that transcends any one individual—yet reflects everyone’s collective work—you have begun to break on through. And that is what the team at Reclaim Hosting is doing currently…we are trying to break on through the boring models of work and make our day job not only pleasurable, but deeply gratifying and rewarding on a personal level. That’s the dream, and we can’t stop, won’t stop!

2 Responses to Ambient Participation, Reclaim Radio, and Breaking on Through #4life