This was another couple of weeks of fits and starts when it came to arcade repairs given day-job demands. That said, I actually made some significant progress on Moon Patrol. Like, it works now progress! 🙂

What started as a hunch ended up as a fully working Moon Patrol without having to get game boards repaired. That is a win, and I was due one with these freaking cabinets! pic.twitter.com/HtkwQWra9J

Long-short story on Moon Patrol is that I was trying to knock-out a couple of the smaller to-do items on the “bavacade To-Do List, Part 2,”  namely adding the Moon Patrol high score save kit to the new board Tim sent. Ya see, I was getting ready to send the original Moon Patrol boards in for repair given I was convinced the reason that game was not working was board related. Spoiler: I was wrong. So, as I was adding the high score save kit, I realized the extra board only included two of the necessary three boards, namely the video scrolling and CPU board.* 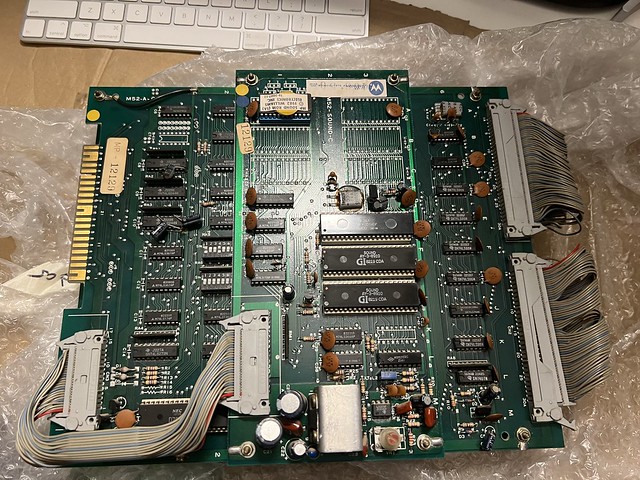 This was initially a bummer, but it pushed me to consider the issues with Moon Patrol anew and given all the problems I was having with the Williams power supplies it struck me that I was using the Moon Patrol’s power transformer in Joust temporarily and the voltage readings were crazy. So bad that I needed to use the switching power supply with a Williams adapter. Which then made me think the graphic issue Moon Patrol was having could be due to bad voltages rather than anything to do with the board. So, I spent all last Sunday putting Moon Patrol back together and using the switching power supply I had in Venture to test my theory. Lo and behold, that was it. Like web issues are always DNS, arcade issues are always power! 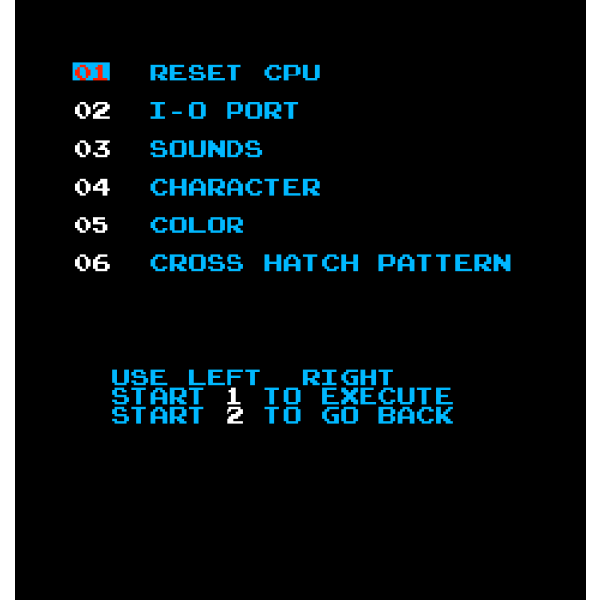 After getting it working I was stumped for a bit given I could not get the game out of test mode with or without the high score save kit installed. Turns out there is a dip switch that causes this. Specifically, switch 8 on dip switch #2 was set to “On” forcing the game to load only to the menu. Once I figured that out, the game played beautifully, how crazy is that!

This win encouraged me to do some more clean-up on the Moon Patrol cabinet, which I’d been preparing to send to Alberto for refurbishing. After this, however, I’m gonna de-prioritize that and send Venture out in its place. I can do some surface clean-up on Moon Patrol and save it for the full refurbishing after Venture is done. It also means I can play it sooner than later, which always matters.

I took a wire brush to the coin box door and then re-painted the heads of the new bolts black. I also got rid of as much rust on the metal reinforcements as I could and them repainted them silver. They aren’t perfect, but they look pretty good. 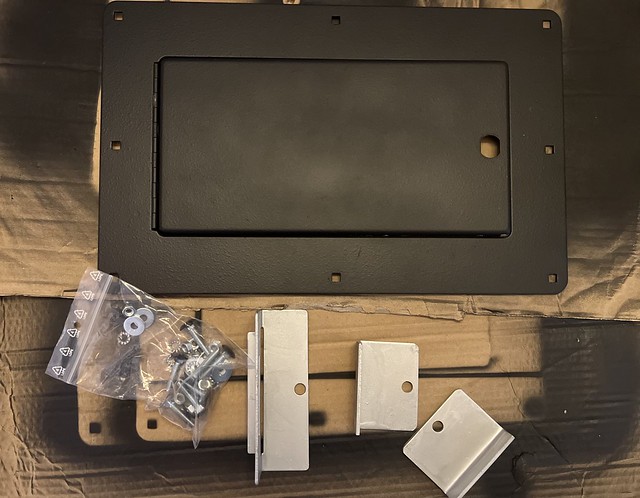 The final piece will be taking some black paint to the front of the game and touching up some of those spots and hiding the peeling plywood at the bottom for the time being, we’ll see what I can figure out. It also means I need to disassemble Venture this week to get that shipped out, which will help me prioritize re-building the power supply for that game, cause again I know it’s the power 🙂 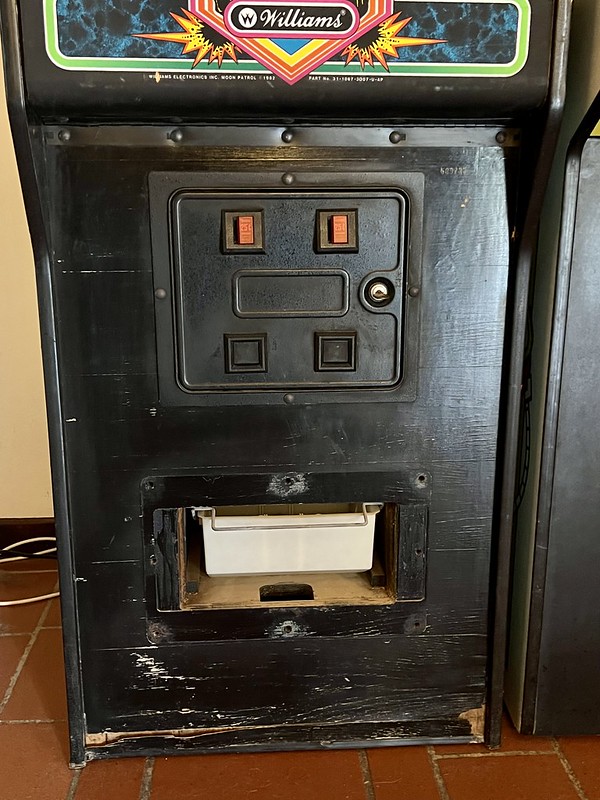 The other project I looked at yesterday afternoon was the issue with getting access to the menu for changing game settings for Robotron. This issue was not a deal-breaker given the game played fine, but I like to have 5 guys in that game rather than the default 3, so I wanted to adjust settings. 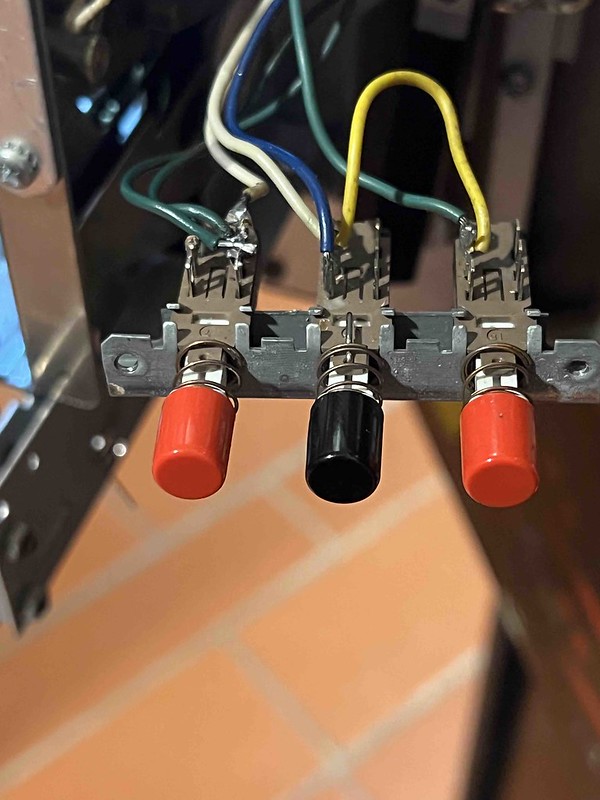 This was similar to the issue I had with Defender discussed here, but as with most of the Williams games, it was just different enough to result in my wasting a couple of hours trying to track the issue down. While Robotron has the same game setting switches as Defender, turns out there is another Advance switch for the menu that is accessible via the coin box ceiling. 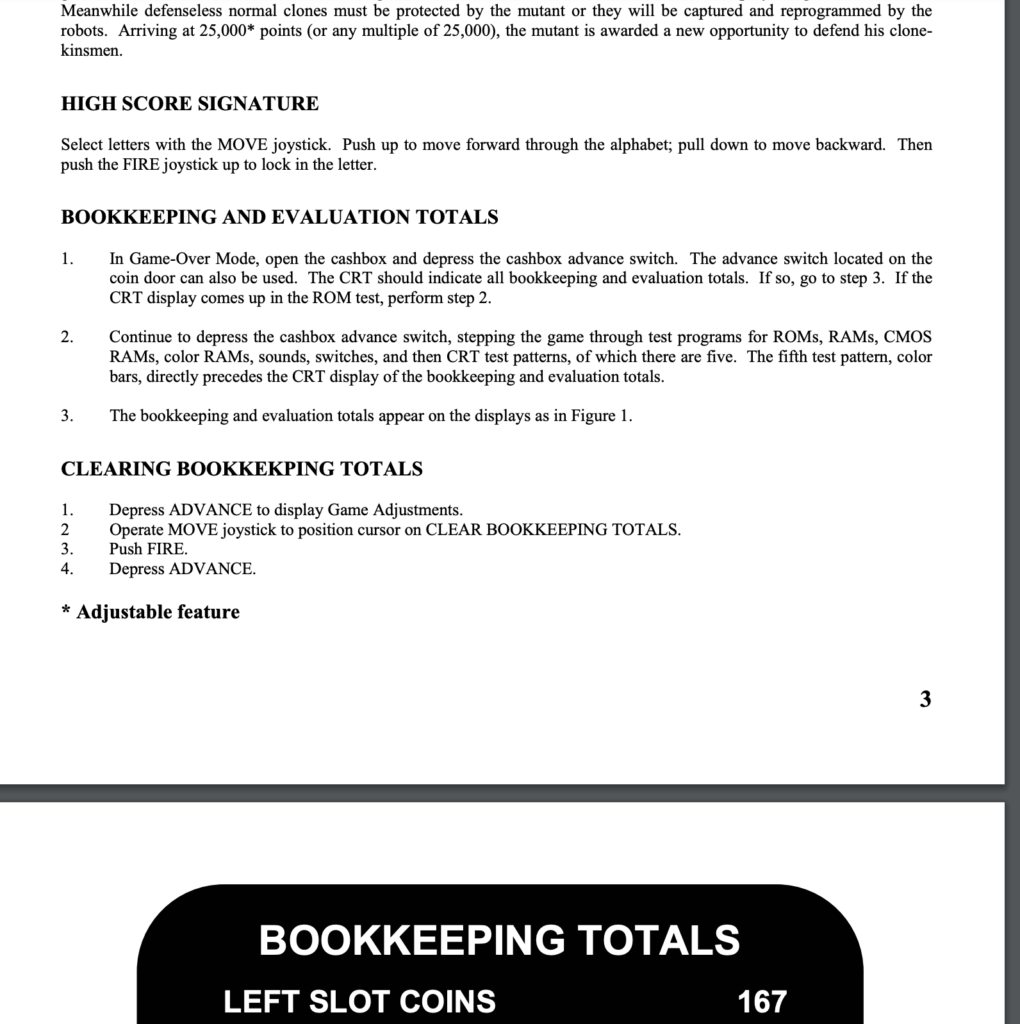 The advance switch in the coin door did not work, and at first I could not find this other advance switch that was supposed to be in the cash box area. But after closer inspection of the coin box it looks like that switch was screwed to the top of the box with the switch forced open, which explains why I couldn’t find it, as well as why the switch tester was showing the service switch as open. 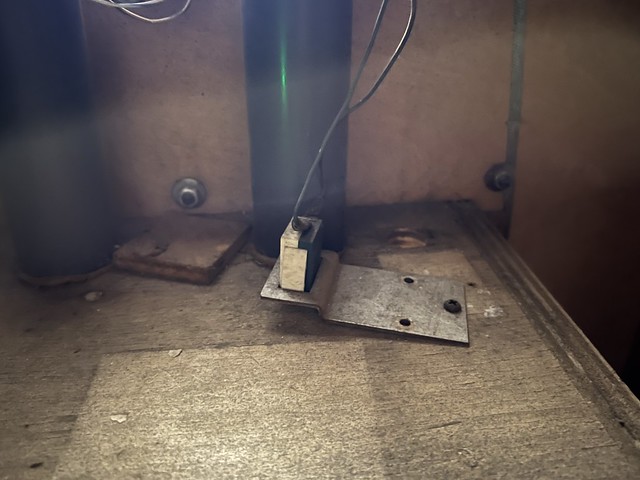 Advance switch screwed onto cash box for Robotron, but not aligned properly with hole

Once I unscrewed that advance switch and re-aligned it over the cash box hole for the switch I could then get in and access book keeping totals as well as change settings like number of guys from 3 to 5…YEAH! Too much time spent on a simple problem, but it’s now solved. I also re-visited the original Robotron boards while I was troubleshooting to see if they would work without the FPGA board, but that was a no-go. Something is weird given they’re not showing any errors, just seem to be getting no power, but when I turn the game off the error LED indicator flashes 0 once very quickly.For my sanity, however, I’m not going down this rabbit hole right now, but it’s one to note for later. The other thing is the player 1 and player 2 start buttons are switched, so I need to re-wire those, but after that that’s it. Robotron is done and done.

The other thing I did to get Moon Patrol working is take the transformer from Stargate temporarily, which puts the repairing of the Joust transformer I blew at the top of the repair list now. I’m getting there, only two games down now, and at least one of them, Cheyenne, should be a simple fix….SHOULD is the operative word there 🙂 The other thing worth considering is how much time I have spent the last month managing Williams’ menus, Jesus.

*The character board was missing, so I’m gonna need to find one.