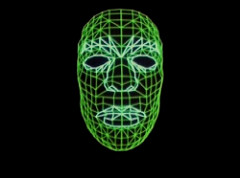 I have been thinking about certain movies from the 80s that kind of represent this moment in time, regardless of whether they are good or bad. And while movies are, for the most part, dependent on narrative, they also have the ability to capture the space, clothing styles, hairdos, music, and the overall built environment of a cultural moment. To riff on Frederic Jameson’s notion that the “the visual is essentially pornographic,” the act of re-watching “bad” films from the late 70s and early 80s is an act of desire-laden voyeurism for me. The narrative is often secondary to the pleasure of the film medium that captures the excesses of the visual that lay bare the nostalgia fueled yearnings of watching

While thinking about those emblematic films from the 80s (and more on this in some other post), I remembered a film from 1983 called Nighhtmares that is a re-telling of four urban legends, and while I will only focus on the second story titled “Bishop of Battle”–the other three are well worth your time, featuring the likes of Lee Ving, Lance Henricksen, and one of my all time favorites Veronica Cartwright. The “Bishop of Battle” stands out in my mind because I deeply identified with the video game-crazed kid J.J. Cooney in the episode, played by Emilio Estevez. The short starts off with J.J. hustling vatos in a downtown Los Angeles arcade in order to earn enough money to return to the Valley and get to the mythical 13th level of the game Bishop of Battle. The opening scene is rich with arcade imagery that beautifully captures the most popular coin-op consoles that ruled the era, and the game J.J. and his unassuming victim play during the hustle scene is none other than Pleiades (1981). What’s more, when J.J. really wants to get in the gaming groove, he puts on his old school Walkman headphones for a dose of some punk rock, his mixed tape features the likes of Fear and Black Flag amongst others (an early and interesting association between punk rock and video games, and perhaps one of the reasons why Estevez’s next role would be Repo Man ).

After being outed as a hustler, J.J. and his friend barely escape to the Valley which is almost entirely represented by the shopping mall (a symbol in film that fascinates me—whether from Dawn of the Dead (1978) , Fast Times at Ridgemont High (1982) or Valley Girl (1983)—Malls in movies during the late 70s and early 80s deserve an entire space for thinking all to itself). While J.J. heads into the arcade to try and reach the elusive 13th level of Bishop of Battle, his friend Zock let’s him know that video games are turning him into a fiend. In fact, the rest of the short highlights this change in J.J. through some good bad scenes with a potential love interest he repudiates and an argument with his parents over his failing grades. All to highlight that he’s sick, he’s a video game addict: a vidiot! I love this early tracing in movies of the idea that video games are like a drug, and their addicting quality can be likened to all the terrible effects of alcohol or heroine. It hits home for me because my older brother used to call me a vidiot back in 1981 when Pac-Man hit the scene (my drug of choice), and I found myself on numerous occasions raiding my father’s coffee cans filled with quarters to feed the monkey at the local arcade.

Finally, in the last part of this short J.J. breaks into the arcade in the middle of the night in order to beat the Bishop, and he does make it to the 13th level only to have the video game come to life. J.J. plays fiercely for the real stakes of life and death and seems to narrowly escape his demise. But, alas, the dreaded Bishop of Battle swallows him up in the mall’s parking garage, and with a very mildly “horrific” twist on Tron (1982), J.J. is seen by his friend Zock and his parents being ingested into the actual narrative of the video game.

See where that addiction can lead you kids!!! I just love it that as early as 1983 video games had entered the mythical status of Hollywood urban legends. This short represents a deep-seated anxiety about this new and addicting digitized medium, and its projection here as an imaginative tale of being literally consumed by the actual game, which is by its very nature violent and premised upon battle and consumption, has stuck with me. A logic which immediately brings Bryan Alexander’s awesome blog Infocult to mind given its regular discussions of the gothic representations of video games in the media, especially when they deal with my hometown of Strong Island.

Yet, with all that said, for me the moral tales of such films are fascinating, but it’s a film’s ability through the visual to capture the actual spaces of an arcade during the 80s, which are for the most part gone, as well as the clothes, hairstyles, and the music of a moment that remains the true pleasure of the return to a movie like this. And with this new fangled technology called the internet, fans and hobbyists like those at Rogue Synapse can work on designing an actual version of the Bishop of Battle game for real, you can read the details and download a demo here. I love the internet, it makes my pornographic nostalgia that much more interactive 🙂