ds106 acephalous: a headless online community that is #4life 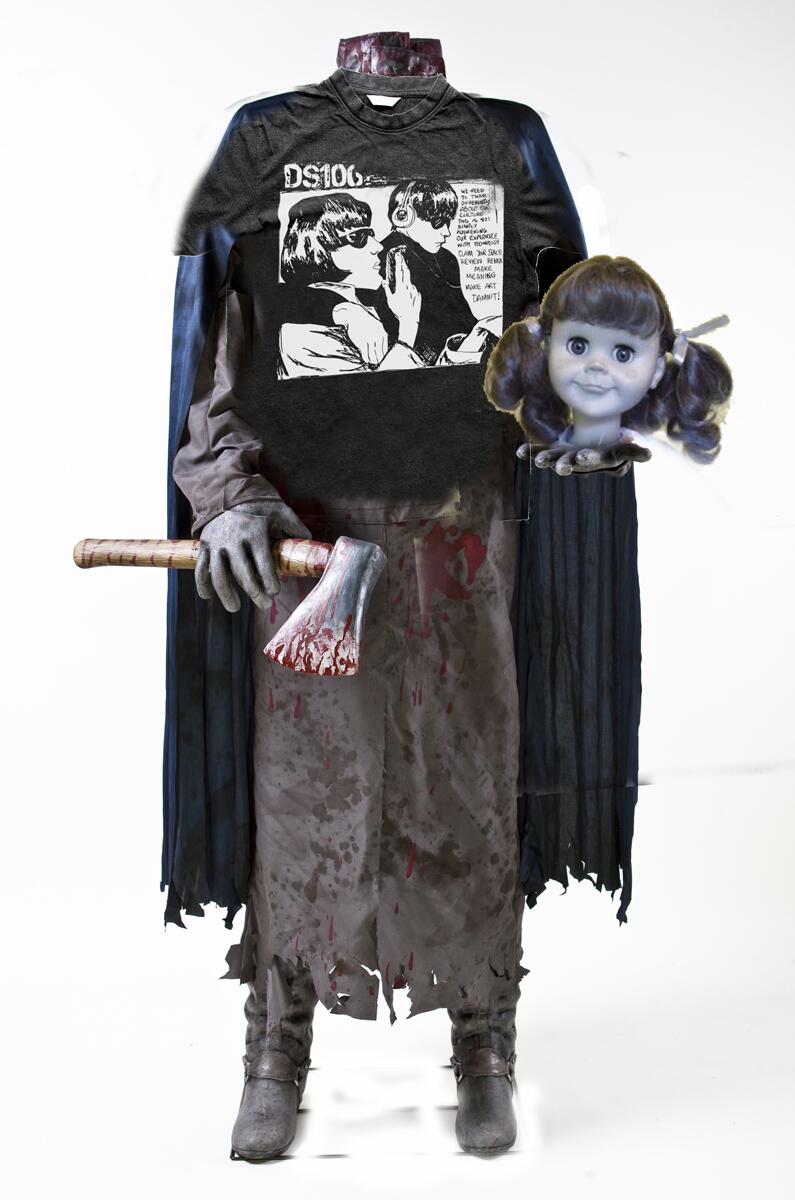 I love Alan Levine’s idea about running a headless version of ds106 this Fall 2013.  I would relish the possibility of taking the course alongside a community of folks this time around rather than trying to teach it as well. And while I have contended that ds106 is centered around the actual students at various campuses who take it for credit, this was true for me because everytime I “took” ds106 I was also teaching it. I suspect a headless course of ds106 will have a very different sense of community, rhythm, pressure, and coherence, I also suspect the idea of breaking outside of some of those strictures tied to the course structure to see what a headless course is like in this regard might be a lot of fun.

Let’s face it, ds106 has never been massive in terms of participants, and there is a reason for that. You can’t have a sense of community within a massive, automated machine. You need to have a sense of affection for those you are creating alongside, and that’s a fact that is overlooked (or suppressed) when we jump from the idea of massive participants to massive data collection to number-drive generalizations about experience. Along those lines learning is processed and denatured into an abstraction that can be more readily salable. It’s all bullshit, the important thing is the learning within a community of people that provide you with a series of contexts for the experience (no matter how disparate), nothing else matters one lick to those who are not trying to commodify the whole enterprise.

I had a hard time with ds106zone this Summer, it was a five week class and it was all I could do to stick with it for a variety of personal reasons. What’s interesting, however, is that everything I have been searching for in a physical community here in Fredericksburg has come together around the virtual community that is ds106. The need for help and a sense of support, even if I couldn’t  articulate how and why, came in the form of Scottlo’s three weeks of brilliant Lodown podcasts (where in effect he was the heart and soul of the course), Rocky Lou’s amazing follow-up to that work (and much, much more), Ben Rimes ongoing engagement on all things ds106, Christina Hendrick’s brilliance while down under (and she hasn’t really stopped!), Andrew Forgrave’s creative run that won’t stop, Paul Bond’s  partnership that is morphing into a teaching relationship, Brian Bennett’s brilliance, Bill Smith’s ongoing enthusiasm, and that’s just the tip of the iceburg. Talky Tina (and even Todd Conaway), although I am she, might just be a doll, but she’s a doll that saved me from the semester, she stepped up when I fell down those proverbial stairs. She completed me and continues to support me in a variety of ways, some of which are demonstrated in a conversation we had on Twitter earlier today that I ‘ve copied into the “appendix” section of this post below. I have yet to blog about the radio shows from the ds106zone, and I’ll do that by and by, but one of the things that really struck me about the ds106zone this Summer was how amazing the radio program “Not just for life, but for existence” (created by Christina Hendricks, Andrew Forgrave, Brian Bennett, Ben Rimes, Paul Bond, and Scottlo) truly was. It was a brilliant show that actually started to peel away the sham that I was actually running the course experience. The show started to suggest in some really uncanny and trippy ways that this group of open, online participants were actually the brains behind ds106.

As it turns out it they were absolutely right, this crew—along with a few others—ran the ds106zone far more brilliantly than I ever could. I think the illusion that I have ever truly “led” this class has started to finally fade, something that couldn’t have happened soon enough for me. I don’t want to lead ds106; I want to be a part of it, and the two can become confused sometimes, particularly for me. It becomes no easier when Kickstarters, grants, and the like get involved—but they too might have their place, within reason, to foster some technical development, architectural possibilities, etc..  But I think the true magic of ds106 is that it can be likened to an Acephalous society, a headless online community modeled on the web that has no established leaders or hierarchies. And that’s why Alan’s idea of a headless ds106 is so appealing to me, it starts to help educators shape learning experiences that try and get outside of the limitations of the rhetoric of hierarchies and leadership that is part and parcel of a course. I am not saying this is entirely possible, but what I have seen and experienced through ds106 gives me tremendous amount of hope that it might be. In fact, I know now, with certainty, that a single course can evolve to a community of affection wherein people are supporting and helping one another because they want to. It stands against all the data in the world, it is beautiful.

This entry was posted in digital storytelling, Uncategorized and tagged ds106. Bookmark the permalink.

7 Responses to ds106 acephalous: a headless online community that is #4life