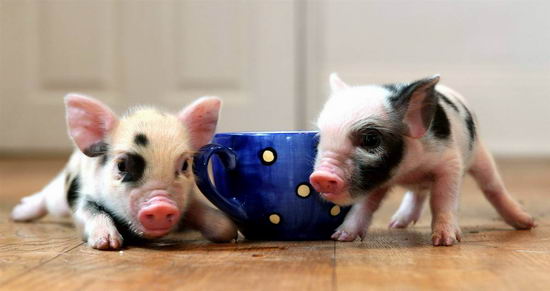 And now for something totally tiny, as opposed to massive.

Yesterday I finished up a two-week whirlwind class of ds106 (which I fondly refer to as the Breakfast Club edition) with five local high schoolers. To be more specific they consisted of two rising freshman, two rising sophomores and one rising senior. What I found after this most enjoyable two weeks (it was really only 8 days cause we had Fridays off, which made me sad) was that ds106 travels well from college to high school age kids, and I bet even elementary age kids as well. I wrote about this already to some degree here, so I won’t rehash it, but suffice it to say I think this model is brilliant for K12, and we may soon get to see something like it unleashed on a nearby middle school—put more on that anon.

Anyway, over the last two weeks I did an abbreviated, slightly pared down version of ds106 and had students in week 1 do 10 visual stars and 10 design stars. In week two they did 10 audio stars, 10 video stars, and 1 mashup trailer. It’s very quick, and I thought it might be too intense for them, and what I found out is that it really wasn’t too bad. They rose to the challenge beautifully, and seemed to have a blast doing it all the while. And once again, I really didn’t have to get bogged down in teaching a particular tool. I usually modeled one assignment for them that I thought would introduce them to a larger concept like working with audio (I—well actually Andy Rush—used the sound effects story assignment for that intro) that we all work on together for the first part of class, and then they’re pushed to complete as many different assignments as they can in the remaining 2 hours.

As we moved into video, however, I just let them do whatever they wanted and would show them tips in a one-off fashion as they needed to do them—it seemed to work well. Learning something you need to do is very different than learning something you may eventually need to do. In my mind this is where the assignment bank has proved revolutionary– it’s a fun way for them to pick and choose what they want to do and for me to help them accomplish it in the time we had together. This was by far the most enjoyable class I have taught to date: awesome students; no grades to worry about; very intense and very quick—all an amazing combination of factors. But add into that mix the now robust ds106 site framework and assignments and my job becomes a million times easier, and the experience a million times better for everyone involved.

As for the students, well they were all awesome to a person—and I’m still marvelling about the work they did. But rather than writing extensively here about it, I’m gonna just showcase some of their best stuff over this past week.

Tristan did some amazing video work this last week, but her mashup of Clueless and HBO’s Game Change was brilliant. Check it out:
[media id=22]

What is interesting to me is that the Breakfast Club edition of ds106 was far more political than any of my college classes have been. The Pallin video above is one example, and I mentioned the Obama art in my previous post, but this 1 Second Video story about 9/11 is one I can never get comfortable with:

What struck me about this story was the horrific image moment it captures—one I personally saw unfold in real time from Long Island—but when I think about it these students don’t even remember 9/11. They were 2 or 3 years old when it happened. But it has shaped them, they’ve grown up in the wake of this historical event. In many ways they have been shaped by something they can’t even remember, and for me this 1 second video had that much more power coming from them. It was a testament to what it must be like to become cognizant of the world in a post-9/11 reality. A horrific reality on many levels. What’s interesting is that this student had also recently saw the film Extremely Loud and Incredibly Close (based on the 2005 novel by Jonathan Saffron Foer) which seemed to have made an indelible mark on her given she based several of her assignments on it, like this 4 icon challenge:

And that’s just the tip of the iceberg. We had another awesome mashup wherein Anna took Bedknobs and Broomsticks (1971) and remixed it to be a horror film:

Or her trailer of Prehistoric Women which focuses on the truly stronger sex—yet another politicized video in all its b-movie glory!

What’s amazing about all of this is they finished all their stars during class. The lab approach was fun, and I got to see and comment on their work in person right away. Check out Emma’s Easy A in stereo assignment:

The 30-Second documentary as well as the 5 Archetypes in 5 Seconds were picked up y KC, and they were fun. below is 5 animal archetype in five seconds followed by a 30 second documentary of killer pit bulls:

What’s more I didn’t even get to all the audio assignments. These were extremely impressive projects done in very little time. The Breakfast Club edition of ds106 showed me just how much more is possible with this class, and how useful the assignment framework can be for freeing up time to work with each of the 5 students one-on-one to hone skills. Say what you will about massive, small and intimate groups for getting stuff done and honing skills does not suck.

Note: I used the plugin WordTube to upload and link all the students videos. I did’;t feel like I could ask any of them to start YouTube accounts (no one had one, and given my recent issues with YouTUbe I wasn’t about to push it). I had 4 of 5 on UWM Blogs, so I had everything set to go there, we just activated WordTube and they were off. One other student already had her own Blogger blog, so she uploaded it to YouTUbe as a private video, and embedded it on her site. All-in-all the posting and technology concerns for the students to tag, embed, etc where seamless, next to no issues and I think this course will become more and more fundamental as the shift in the familiarity with media production itself becomes another assumed literacy.

Well, that’s all for now, but let it be know I was miss the Breakfast Club version of #ds106, you all were very much 4life.

This entry was posted in digital storytelling, Uncategorized and tagged ds106, k12, The Breakfast Club. Bookmark the permalink.