It’s a big file, but big is beautiful in this case. Feast your eyes on this animated magazine cover which is a more literal interpretation of the June 1975 issue of the classic Famous Monsters of Filmland magazine (more of a fanzine, really) featuring the scene from The 7th Voyage of Sinbad (1958) that is famous for the first of Ray Harryhausen’s legendary animated skeletons. You can see the original cover below, which interestingly has a few things wrong if you want to get literal. Namely, the color of Sinbad’s pants, the orientation of the fight, and the fact that the skeleton hadn’t lost its sheild just yet. This was a total blast to do, and I am working on a fullblown tutorial, but I must have spent four or five hours on it already, so I will simply leave it here to animate into eternity. 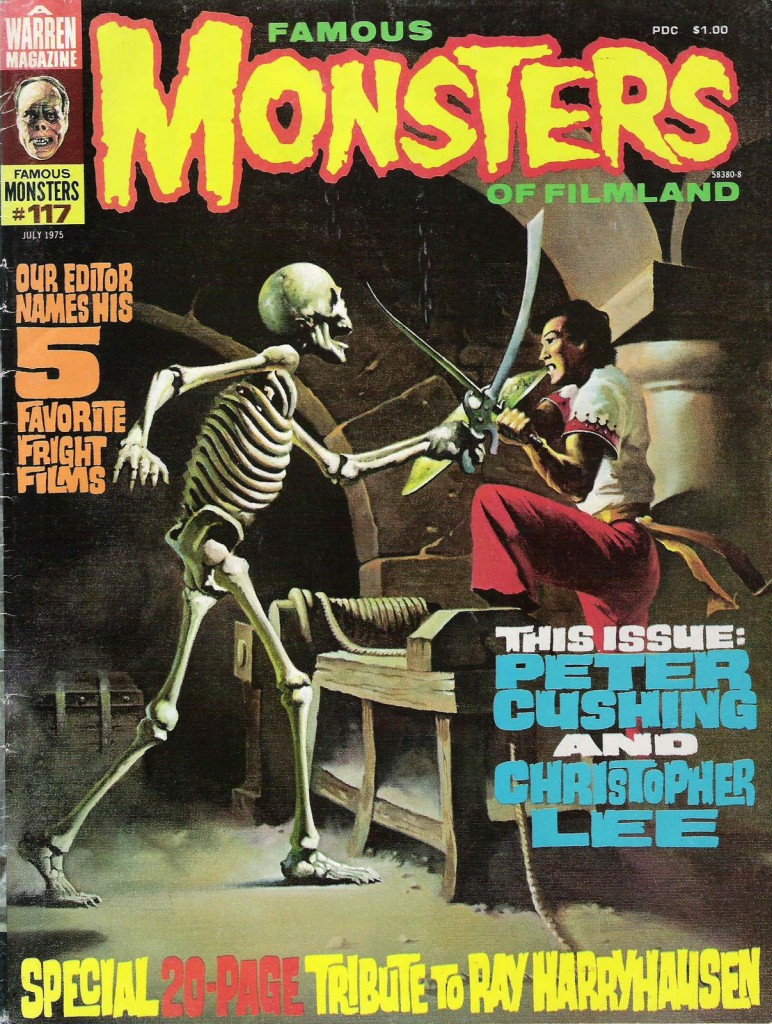