Murder, Madness, Mayhem is so EDUPUNK 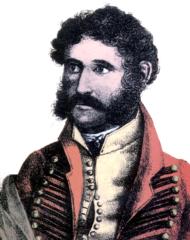 Jon Beasley-Murray’s Murder, Madness, and Mayhem course at the University of British Columbia has blown my mind over the last few months. If you are not familiar with this amazing project that brings the full extent of the communal and collaborative power of Wikipedia into the classroom, I strongly recommend you go read Jon’s article on this project here or here.

Now I know I’m given to overstatement, and it is an inherited trait I carry on in honor of my late, great mom (E.L. Doctorow said Houdini was the “the last of the great mother lovers”, but he just wasn’t aware of me). This tendency toward hyperbole necessarily means everything I say should be cut in half and then divided by three to get an approximated sense of the magnitude of any statement I make. Yet, when I see Brian Lamb noting how Jon’s project may very well suggest “the future of higher education”, I can venture my next statement with a certain amount of courage:

Not since Edward Ayers’ “The Valley of the Shadow” project back in the mid 90s have we seen a single example of how the web might be used to re-imagine instructional technologies as Murder Madness Mayhem has.

There it is, I said it and I meant it! This is the coolest project I have yet to see from any of these open tools. Not only is Jon’s detailed write-up of the project (narrated whilst still unfolding all around him) an amazingly insightful, balanced and intelligent road map for other faculty and EdTech folks to follow, but it documents an open and honest approach to experimenting and innovating in the classroom with one’s students as partners and peers. It is no surprise to me that Jon and his class had such unbelievable success with these articles (3 featured and 8 good articles out of a possible 12), primarily because he was very much part of the experiment and was learning just as much as everyone in the course, and by extension equally as vulnerable. The human element of this experiment is mind blowing, his comfort with making himself so uncomfortable in front of his students is an amazing element of this project that I haven’t seen too many folks mention just yet.

But the question of technology, infrastructure, and resources might be worth a mention here. What did it cost UBC? Hmm, let me think….nothing, zero, zilch. That is so very EDUPUNK! What’s more, not too long after the Murder Madness Mayhem got going the deus ex machina known as the FA Team (Featured Article Team) came out of nowhere to help the class get their articles to the Featured Article status. Just added value of support which is a result of doing this within a passionate, invested community like Wikipedia. How different would this have been if Jon would have done this with WebCT or Bb’s paltry wiki, or some other tool (however closed or open) that wasn’t part of an intensely active and complex community like that of Wikipedia? Jon’s project puts his class truly on the open web, making them interact with various communities while constructing knowledge and providing resources and references that millions of people could potentially see, use, and build upon. Take a look at the article this class built from scratch (the first of their three featured articles), El Señor Presidente, and tell me you wouldn’t be proud of such a masterpiece of collaborative knowledge building. And all of this in less than 15 weeks, have I said amazing yet? Well if not, amazing!

Professor Mara Scanlon in the English, Linguistics, and Speech department here at UMW was trying something similar with her seminar on the Long Poem. Back in January we had a bit of a different approach, we started the article on a local MediaWiki installation and had the class of nine go at it and work on framing a Wikipedia-like article. By the first of April it was to be ready to be set free upon Wikipedia. Mara (who is also very EDUPUNK) and I presented this project at this year’s Faculty Academy, and the future of such endeavors will in many ways take their inspiration from the important work pioneered by Jon and his class. The ideas he lays out so well, like doing the entire project on Wikipedia, being prepared for chaos and mayhem at any point, having specifically defined goals (like Featured Article status), and forcing students to bring an unprecedented amount of library research to the open web are solid pillars of any and all projects that we can muster up here at UMW. And lord knows we are trying. So, I could write more and more, but I have to take Jon’s lead and get ever more familiar with the intricacies of the Wikipedia community, because the future of higher education and educational technology is not about infrastructure, applications, and enterprise, it is about helping faculty and students navigate the cultural specificity of communities like Wikipedia.

11 Responses to Murder, Madness, Mayhem is so EDUPUNK