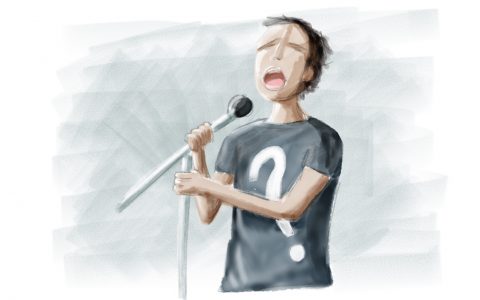 Last week I did a ds106radio show highlighting some of the songs that were karaoke’d at the #OER17 after party.  I had a blast that evening because I enjoy karaoke to no end, and I was able to share the experience with an amazing group of people from around the world. And while this post will have no images or videos of the night in question, I did want to capture and reflect a bit on the role of fun in make an event like OER17 meaningful and memorable. Speaking of which, the very mention of karaoke brings me back to March of 2011 when Timmmmyboy, Brian Lamb, and I had a late night karaoke session on #ds106radio.

2011 karaoke of Men at Work’s “Down Under” -listen at your own risk
Anyway, this show was not actually karaoke on the radio, but just me reflecting on the evening and playing songs that were karaoke’d by various folks. I did not manage to record the show because I still hadn’t figured out the trick to grab the output audio through Soundflower in Audacity (thanks Alan), but that should now be rectified going forward.† I will intersperse commentary between the following ten songs to suggest the slow build of karaoke over the course of an hour or so, but before I get into that I guess I should recognize this is in many ways an OER17 post, but not so much about open or education or resources, but rather about the people who make the moment.

Maren Deepwell and Martin Hawksey organized the venue—a mix of bar, bowling, ping pong, pool, and karaoke—and various folks from the conference came to play.‡ When I arrived the bowling was in full swing and people were playing pool, and generally socializing. I came to karaoke, let there be no mistake about it. I don’t drink, don’t smoke, but I do Karaoke—my final vice. I searched for the Karaoke space, but I couldn’t find it at first, I was confused.  I got sidetracked by hors d’oeuvres and a game of ping pong with Bryan Mathers that didn’t end so well for me. But after the shut-out I went in search for the reason I came, and finally, hidden behind the pool table, there was a sad corner with lonely flat screen TV and two beaten up microphones. It was a forgettable karaoke setup, but a setup nonetheless. Upon discovering it I immediately went to work.  In Portland, Oregon this past October the Reclaim Hosting crew got the opportunity to Karaoke, it was a blast. At the time I thought I did a half-way decent version of Lorde’s “Royals” -so I figured that would be a good song to start with. Boy was I ever wrong. I got sick in Ireland just a few days earlier, and my voice was still raw, what’s more my voice is already raw. So, “Royals” was a major fail and the folks playing pool behind me politely ignored the train wreck that was me trying to be royal at the back of the room.

I was considering packing it in at that point given my voice, but Lucy Crompton-Reid, one of two conference keynotes who tore up karaoke, was ready to pick up the mic and make good, and boy did she ever. She sang a what seemed like Irish ballads, and damn she could belt out a tune. That not only saved karaoke, but it also made it so that the rest of the folks trying to enjoy themselves did not take up an antagonistic relationship to the miscreants at the back of the room.

So I decided to return to the mic, but this time with something more suitable to the state of my voice.  And guess what, they had “Dirty Old Town” by The Pogues, which I almost know by heart. It was on like Donkey Kong 🙂

I was joined mid-song by Jöran, and by that time the other Karaoking conference keynote, Diana Arce, was on the scene. From this point it felt like we had gotten over the karaoke hump. Diana did a duet with a gentleman whose name I did not get (apologies) of a house favorite: Human League’s “Don’t You Want Me.”

Vivien Rolfe is a seasoned pro, and this is apparent with her song choice, Blondie’s “One Way or Another.” At this point there were enough people interested that we realized the night’s first karaoke sing-along:

Many more people were involved at this point, so my coverage of songs ill be even that much less precise. But sometime after Blondie, someone had selected Radiohead’s “Creep” (possibly Diana).  Didn’t strike me as much of a karaoke tune, but Diana wanted to do it as a duet and someone it came together in a comical way. We timed it pretty well and my job (as I interpreted it) was to do an over-the-top chorus and let Diana handle the actual singing. It was a lot of fun.

The conference co-organizers (what a bang-up job they did) Josie Fraser and Alek Tarkowski did a stirring version of Dexy’s Midnight Runners’ “Come On Eileen.” In fact, Alek did another song about a movie theater that was a crooning sensation, but I can’t remember the song which is a pity, because it was brilliant.

From there is was a blur on signing dancing and unadulterated fun. Brian Lamb was  a “Superfreak”:

Frances Bell paved paradise to put up a parking lot:

And Martin Weller was the unlikely protagonist of House of Pain’s “Jump Around” —which was a full blown workout and the floor was shaking.

There were many, many more songs, and it was an awesome night. But the climax was Queen’s “Don’t Stop Me Now.” Everyone was locked in, and the place did not want to stop.

As you can tell, the night was a blast, and as I walked back to my hotel with Martin Weller talking movies, music, and ed-tech I remembered why I do what I do—because the people I have met along the way have been so awesome.

*Hard evidence of what happens at karaoke is probably best left unpublished given the experience is often much, much better in your head then in reality.

†I did get this working for two ds106radio shows I did since, namely the MSU CALARTS interview and my new Algorythmic Radio show.  So I should be good to go recording shows seamlessly moving forward, I just need to fix my headphones 🙂

‡I recognize these gatherings are not for everyone, but I tend to enjoy the less serious moments of a conference when folks are looser and conversation is not so driven by work.

This entry was posted in OER17, open education and tagged karaoke, OER17. Bookmark the permalink.