Yesterday was Fat Tuesday, and Carvnival is a thing here in Italy. Just this weekend we went to the small mountain town of Villaggio in a nearby valley. The folks who dress-up spent the entire day going from town to town in costume drinking eating and generally reveling until the grand ball that evening at the bottom of the mountain. The masks and costumes were quite stunning. 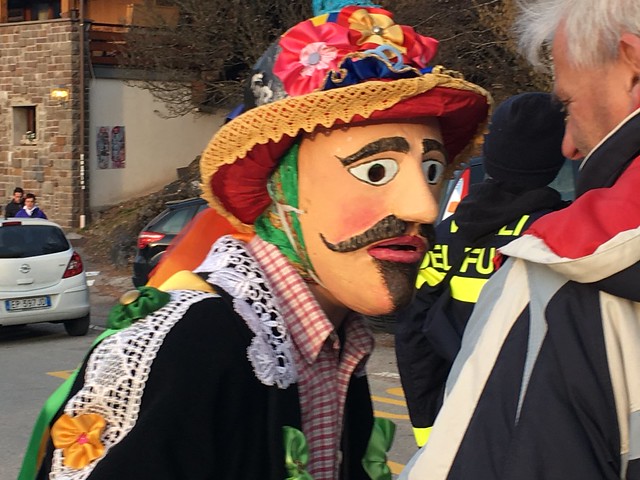 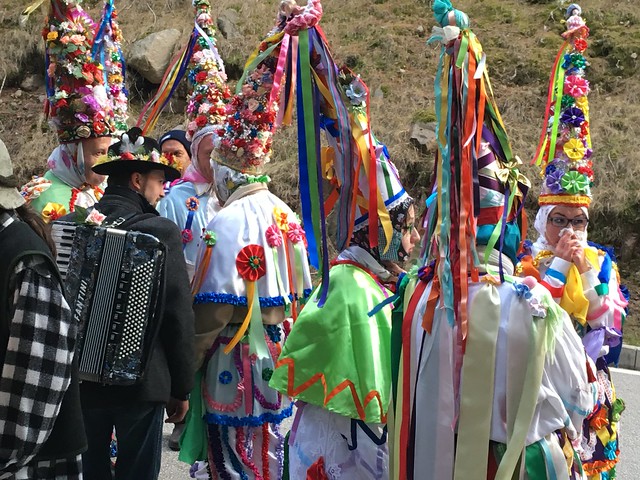 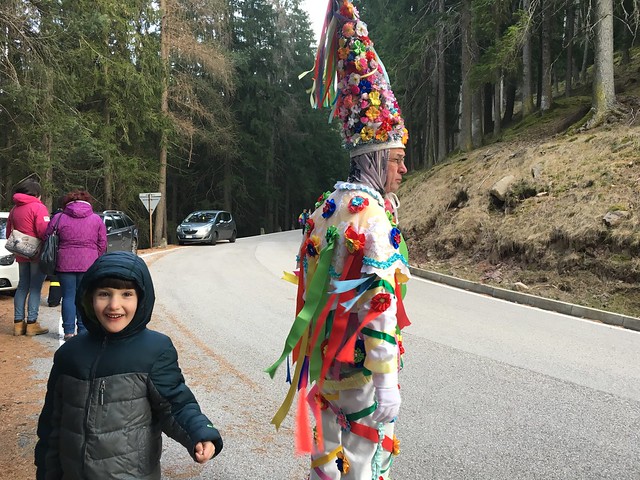 We stopped at the local Alpine Lodge and got some delicious minestra d’orzo. In fact, the mountain landscape dominates Trento, and it accentuates the weather patterns in some cool ways. The clouds can sit heavy on the valley, or the blue shy opens up endlessly. But recently we’ve had some intense fog.

Anto’s gorgeous images of The baVilla are really Mario Bava worthy, it makes our domicile look like an 18th century vampire film or an Italy during World War I, an historical fought on this soil.. 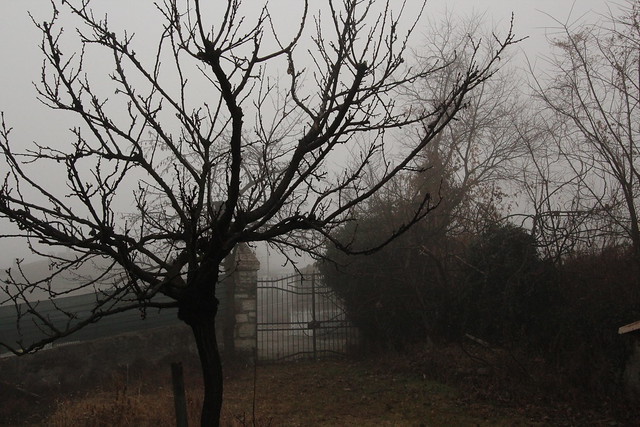 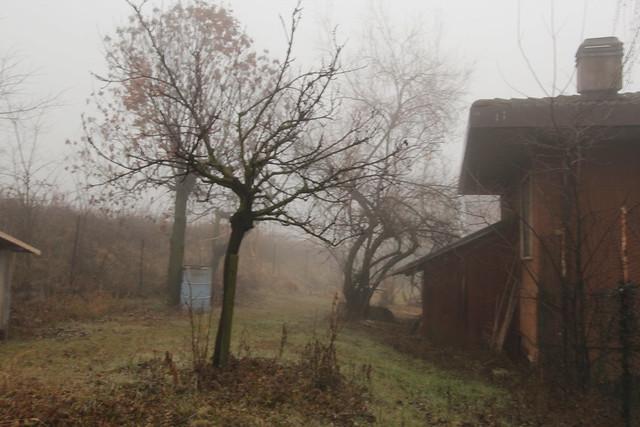 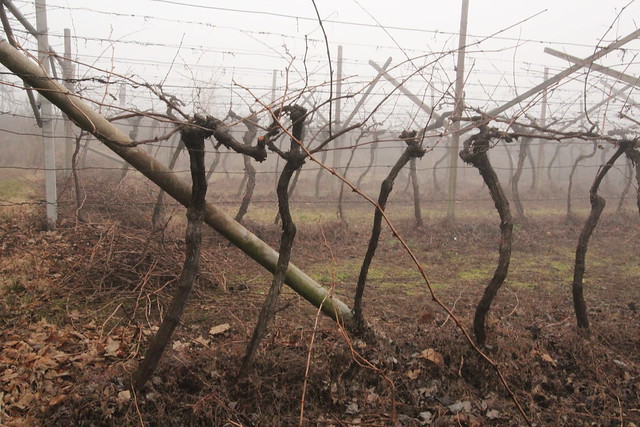 The weather has been rainy recently, which means a ton of snow on the mountains. A foot and a half this weekend, and even more yesterday. 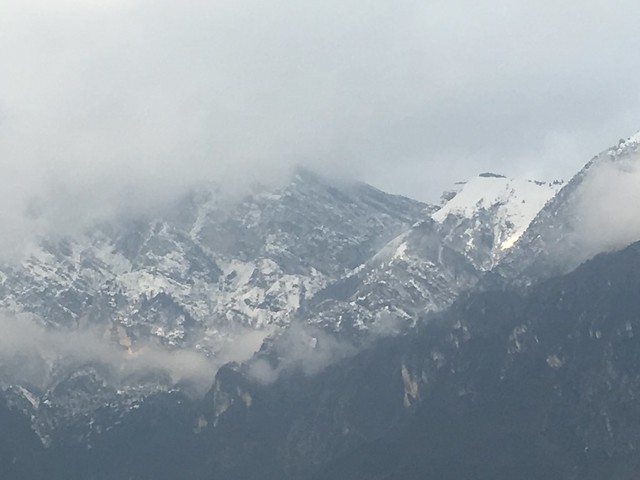 We spent the rainy morning yesterday hanging out in the city of Trento. I captured a shot from the morning of the gorgeous rainswept streets and posted it to Twitter. [Did I mention how much I love my new iPhone recently? I did it for the photos and videos, and that has been awesome.] 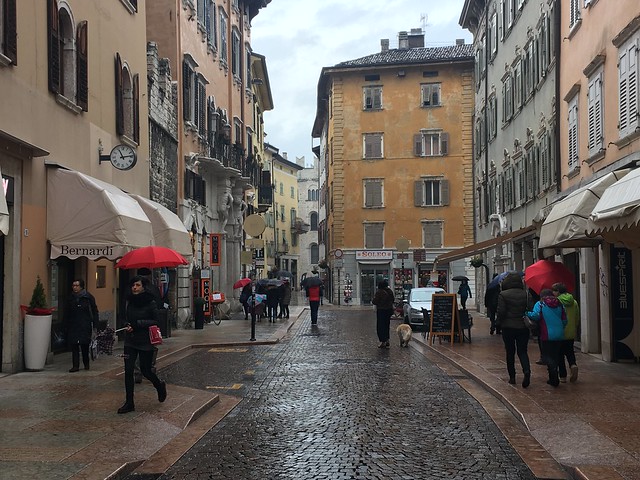 A photo that was immediately riffed on by @fxbghomes, whom I met at the FredX, and I simply love it. 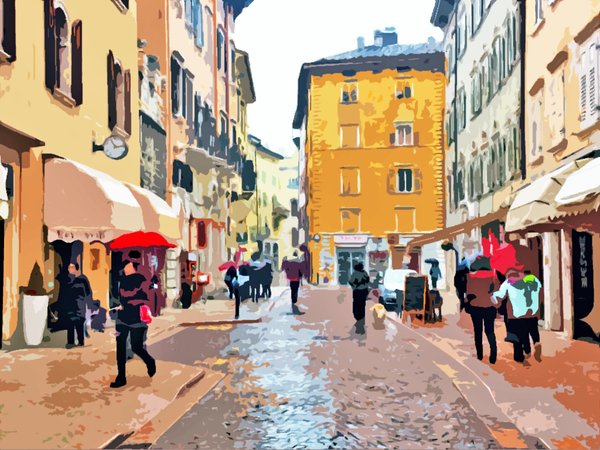 I love the fact you can see Anto, Tess, and Miles n the lower right-hand corner.

A walk around Trento is always fun, but the rainy, quiet end of Carnivale was quite awesome. Anto is always sure to point out various buildings, and it’s always interesting to see those made during the fascist period, they stand out. A fact that made me think about design, fonts, and fascism a la #ds106. 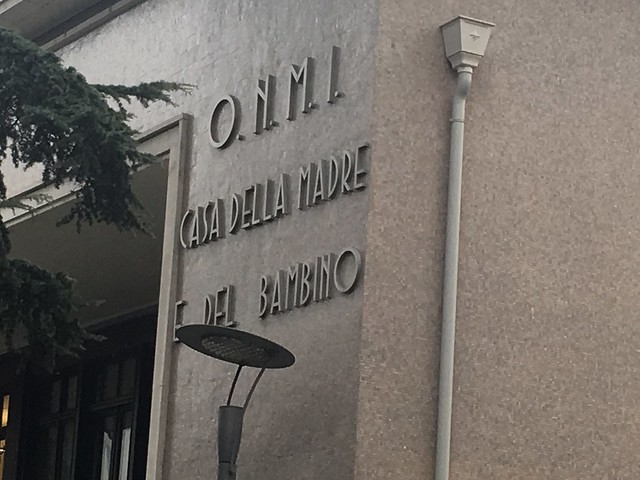 The “House of the Mother and the Child” speaks volumes in many regards, but focus in on the tall, lean, declarative fascist font. And a bit further on the blacked out challenge to Blank Fascism.

Which leads us to the stores and Miles’s new obession: Dr. Who. Not a Whovian myself, but he’s working hard on me. 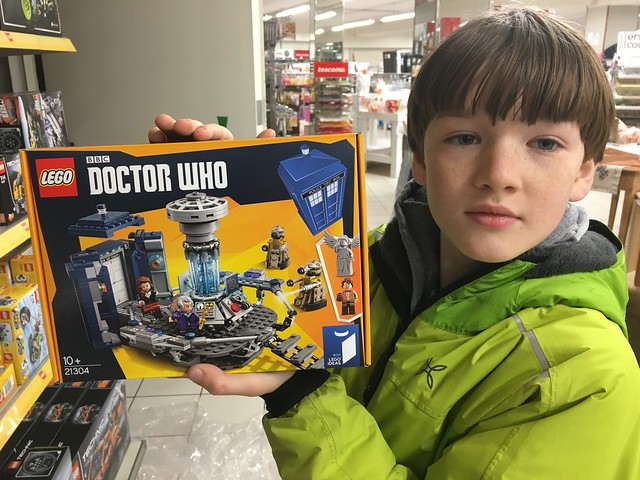 And the walk through Piazza Dante brought the 14th century poet lording over his square in focus. 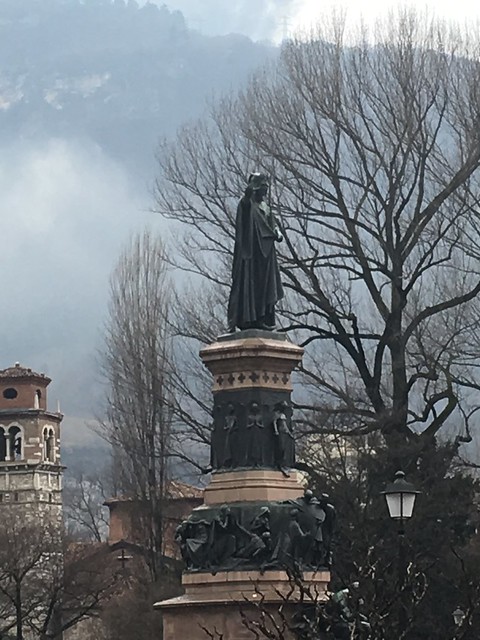 Piazza Dante doesn’t just feature the monument to the poet, but alos a duck pond, children’s library, and strange sculpture representing the typical Trento family from 2007. 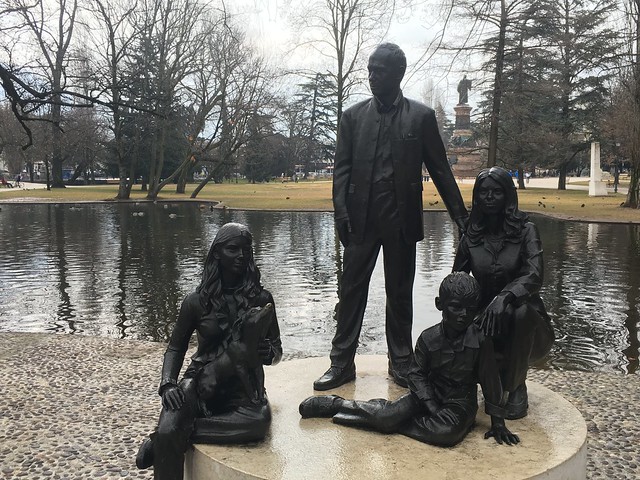 After that bizarreness,off to the library to take in their impressive John Fante holdings in the English section, right next to Faulkner. 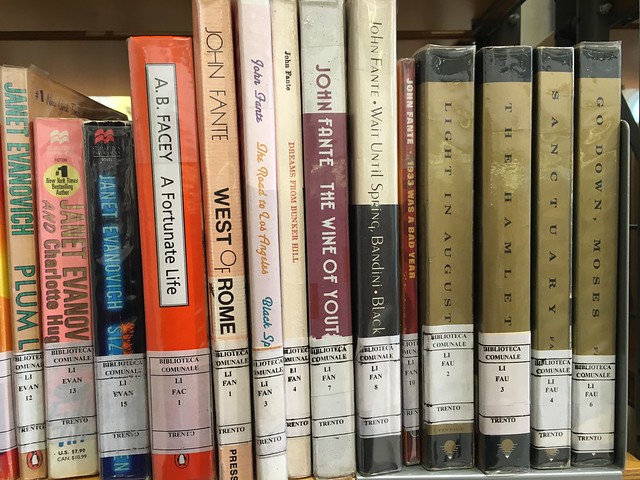 And speaking of Red Dagoes, I found this comic book series in his name: 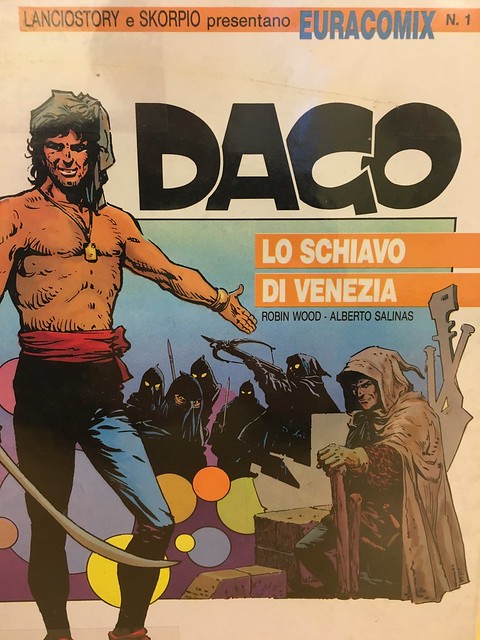 And of course no outing in Trento is complete without at least one or two Diabolik spottings—Italy’s favorite refined anarchic terrorist couple: 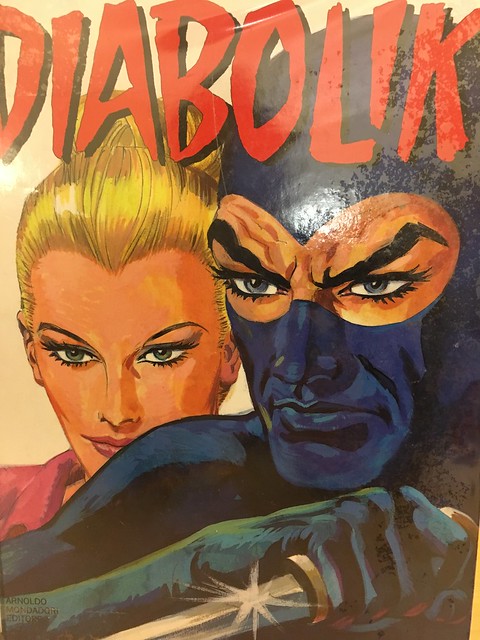 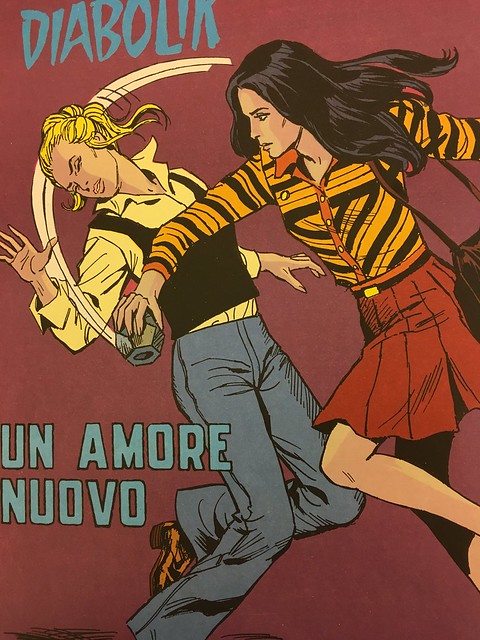 We also discovered  new comic store that had us all very excited. Below is a #western106 bonanza of Tex, which could be Italy’s longest running comic.

And then my favorite random article in the store, a Sheriff Chuck Norris cap. I wanted it! 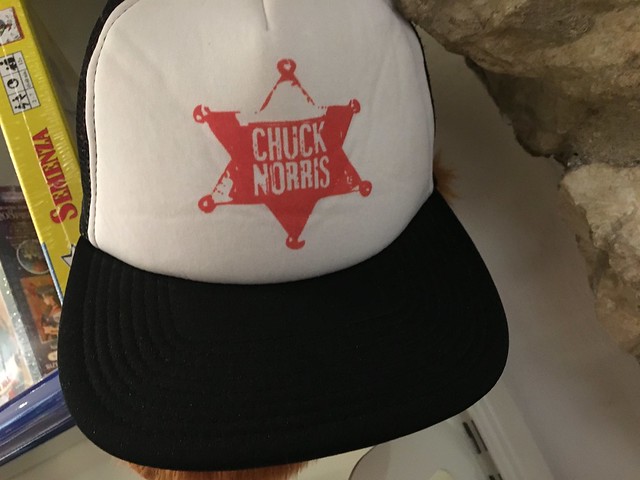 And that’s some scenes from my life in Italy right now. I love it.

3 Responses to Scenes from Trento