This Summer I got a Shuttleworth Foundation flash grant thanks to David Wiley‘s recommendation.  I’ve blogged about what I’ve done as part of the grant over the last several months, but I wanted to summarize it all here. 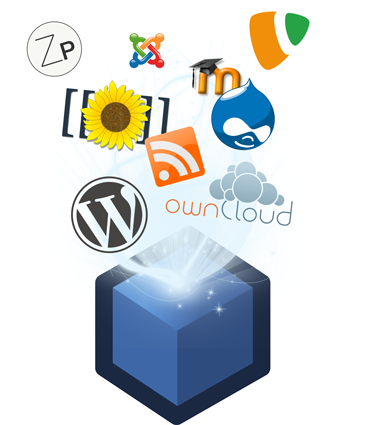 Domain of One’s Own  is a service we’re running at the University of Mary Washington that provides members of the academic community their own domain name and web hosting account. The idea at the heart of this initiative is to give faculty, staff, and students the tools to start interrogating the web more robustly. A space to enpower the community to understand how the web works, become sysadmins of their education, and more completely control what they do as part of their portfolio at the university. As we were running the Domain of One’s Own pilot at UMW during the 2012/2013 academic year a number of universities inquired how exaclty we were architecting this experiment, and how might they go about the process.

Thanks to this flash grant, Tim Owens and I were able to create Reclaim Hosting, a parallel service to Domain of One’ Own that enables any faculty, student, course, department, or institution get up and running with a education-focused hosting. We’ve kept the web hosting cost at next to nothing, and simply charge $12 for a domain thanks to funding from the flash grant, which has enabled us to focus on building a community and providing a space for faculty and staff to start imagining the possibilities of maintaining and controlling their own home on the web. Over the last three months more than 700 faculty and students have signed up from numerous K12 and higher education instituions around the world. Additionally, we’ve had interest in institution-wide pilots from the Virginia Community College System, Emory University, Duke University, and Penn State University.

Minding the Future/Reclaim Your Domain Brainstorming 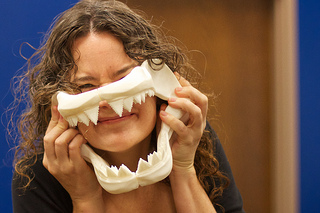 In October I organized a conference called “Minding the Future,”  an event that was c0-sponsored by the University of Mary Washington, the State Council for Higher Education in Virginia (SCHEV), and the Shuttleworth Foundation (thanks to the flash grant). We were able to bring together five remarkable thinkers in the higher education space to deliver 10 minute talks about their particular field of interest as well as take part in a culminating panel discussion about the future of higher education more generally. It was a remarkable program and event, if I must say so myself, but you can be the judge of that yourself because all of the sessions were recorded and are freely available for viewing on the UMW New Media YouTube channel. What’s more, Sarah McConnell from the NPR radio show “With Good Reason” attended the conference and included segments from the panel discussion in her recent piece on “The Future of Higher Education” that aired earlier this month (you can listen below).

Part of the excuse of bringing all of these folks together was to put them in a room and start honing the vision for an idea I started working on with Kin Lane and Audrey Watters back in April called Reclaim Your Domain. We not only got a great conference out of this gathering, but also some real insights to what’s possible and what’s next with the Reclaim Your Domain project, which I wrote about in great detail already. Suffice to say Reclaim Your Domain would become an open source application that provides anyone with a hosting account the ability to have access to an API marketplace for backing and synching your work with third party services, translating between services, and providing a contextual series of resources for understaning of these services work and why it’s important to understand this.

Finally, the development of the ds106 assignment bank as a stand alone theme that is open source and freely downloadable by anyone using WordPress is the final element funded by the flash grant. Alan Levine has been working on developing this theme, and the work he has done so far is amazing.  He took me on a walk-through of the theme, and what’s remarkable to me is that it captures the essence of open educational design as it pertains to communities rather than the more generalized obsession with content.

I think any discussion of Reclaim Hosting, Domain of One’s Own, and/or Reclaim Your Domain both germinted and hatched for me during the experiment that is the open, online digital storytelling course known as ds106. And I would argue that no one has done more for that community to date than Alan Levine. His work really epitomizes the spirit of the Reclaim ethos in practice (despite the problems with the term reclaim more specifically). It’s not about shunning third party social media on the web, it’s about developing a more sophisticated understanding of how it all works. It’s about wrestling with the idea of online identity, and as result shaping a sense of self that is truly digital in its expression. Alan Levine has come to be a mentor for me, and many others as well, in all these things for many years now. He lives and breathes the web, he’s more web than human—but contains mutlitudes of both 😉

So, that’s where the flash grant funds have gone and will go. I say this fully acknowledging that I have applied for a Shuttleworth fellowship with the Reclaim Your Domain project, and really hope to have the opportunity to focus all my time and energy on working with people like Tim Owens, Kin lane, Audrey Watters, Jon Udell, David Wiley, and, of course, Alan Levine. Alan’s Shuttleworth project proposal is near and dear to the vision of Reclaim Your Domain, and if this Fellowship happens we’re all gonna have a lot to work on. I’m going right after a project, getting some funding, and building somthing that can not only archive, synch, and convert one’s various presences online, but ultimately start to bring them together in a distributed social network like the one Martha Burtis and Tim Owens have begun to do with the directory for Domain of One’s Own.

The prospect of taking some time away and working on this as a Shuttleworth fellow is really exciting. I had an interview almost two weeks ago and I have to admit I’m not so sure how it went. I talked a lot, and I was a bit circular in my explanations so I can understand if they’re a bit leary. That said, the flash grant has started the ball rolling, and I’m really excited about where it might go. I’d like to think Shuttleworth will take that chance, but if not I think someone will. Why not, the domain of archiving and taking back control over the various data we have left in the hands of third party services will only grow as time goes on, more services shut down, and the web is recognized as the native medium wherein our memories are being created. Here’s to hoping, and if I don’t mention I got the fellowship on this blog anytime soon, you’ll know what happened 😉

This entry was posted in reclaimopen and tagged reclaimhosting, reclaimopen, Shuttleworth Flash grant. Bookmark the permalink.