The GraMar of Film 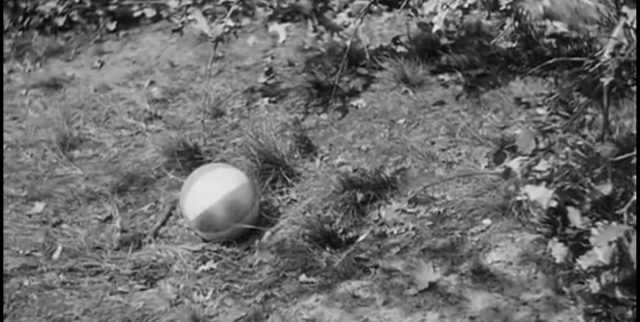 As we get ready to transition from audio to video in ds106 for weeks 8, 9, and 10 I can’t help but start thinking about what examples from various films I can use to demonstrate the grammar of cinema. What elements powerfully demonstrate a mood, capture a particular idea, invoke a feeling, and/or work deeply on our emotions. Even beyond the specific kinds of shots, cuts, and technical frames—how does this medium mean and be beyond the simple notion of a talking head in his or her room we’ve become acquainted with through YouTube?

In previous semesters turning to early film for inspiration, examples, and a sense of the best elements of communicating sparsely and concisely with moving images that don’t overly depend on dialogue has proven useful. A favorite example that I got from a conversation with Mikhail Gershovich is the first eight minutes of Fritz Lange’s masterpiece M (1931), which may be one of the most brilliant opening film expositions ever. Watch the first eight minutes (to 8:03 od the video to be exact) below and think about how Lange uses the medium to communicate what’s happening without beating you over the head with a bat.

How does Lange create the tension in the opening scene? As opposed to spoon-feeding you with expository dialogue, how does he let you know what’s going on in the film? Where are the cuts? How is the tension mounted? How does he communicate the mother’s anxiety? And what do you make of that final montage the frames Elsie’s fate without ever revealing anything? Masterful.

And what’s more, the tale of the tape is there on YouTube for anyone to return to—it can be studied! You can get a sense of the pacing if you watch the timeline on Youtube, focus in on the cuts between Elsie walking home and her mother setting the table. You can pay close attention to all the non-verbal and atmospheric cues like the kids singing, the cuckoo clock, the ball, the balloon, the wanted poster, etc. There is so much more to happening in this film beyond the trap of talking head exposition that has become a staple of how we think of video today. Lange’s work in the silent film era becomes evident in this opening montage given how much is communicated so efficiently and effectively without extensive dialogue, and the dialogue and sound effects that are used—like the song and the cuckoo clock, an her mother screaming Elsie over the montage—heighten the tension and impact of the scene brilliantly.

When I was at UCLA in the mid-1990s, one of the film school professors, Fabian Wagmister, would have his undergraduate students create ten minute 16 MM films as their final project for the program without any dialogue whatsoever. The experiment was framed as a way of exploring and inhabiting the medium without depending on the crutch of dialogue.

So, if you were going to share a relatively short clip with a group of people to demonstrate how to use grammar of film to communicate efficiently an effectively, what would you recommend? I watched Terence Malik’s latest film Tree of Life (2011) an a few clips from that film come to mind—I may have to look into that.

This entry was posted in digital storytelling, movies and tagged ds106, movies, video. Bookmark the permalink.

12 Responses to The GraMar of Film