Who said nothing good never came from Jersey? 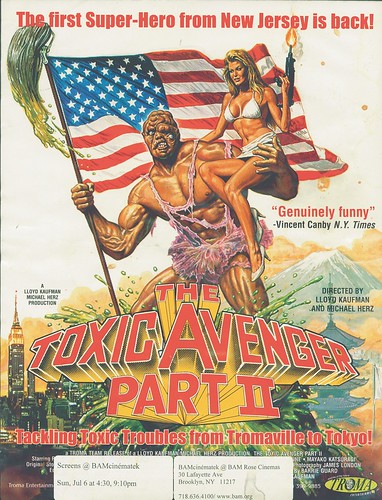 The above flier represents yet another beautiful day (back in the day) at the BAMCinÃ©matek. Tell me you don’t have the utmost respect for this outfit now that you know that The Toxic Avenger series got their well-deserved due. But more importantly, it looks like there’s a wikipedia article stub I can nurture to its full potential: The Toxic Avenger Part II.

And, as always, YouTube has the trailer to further convince you to add this masterpiece to your Netflix queue.

17 Responses to Who said nothing good never came from Jersey?