Heads up: The S03E10 discussion has been posted, but Google has muted the audio making it useless.

In this Wire 106 video discussion, Paul Bond and I were joined by Amy Wallace to look at season 3, episode 11 of the The Wire: “Middle Ground.” This episode opens up with Omar and Brother Mouzone facing off in an alley. It’s one of the most memorable sequences of the series, and it seems to be directly quoting the aesthetics of Sergio Leone’s Spaghetti Westerns and the gun comparison scene from Red River:

The Good, the Bad, and the Ugly

The opening sequence led us to discuss the changing aesthetic of The Wire over the three seasons we’ve been watching. The almost documentary-style grit of season 1 seems to have given way to increasingly stylized—at times dreamlike—cinematic moments like the opening of this episode. Amy, Paul and I discuss this and much more. Below are some screenshots of some of the scenes we discussed. 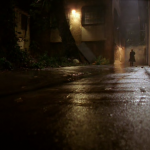 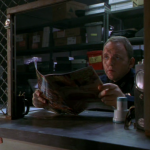 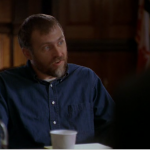 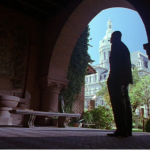 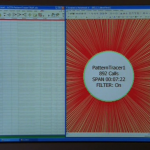 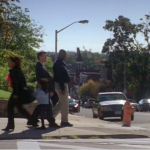 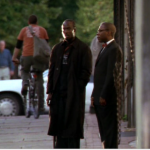 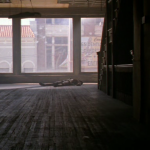 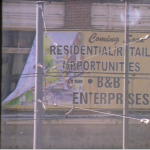