In this Wire 106 video discussion, Paul Bond and I were joined by Brittany Scites to look at season 3, episode 12 of the The Wire: “Mission Accomplished.” This episode pushes home the season-long allegory that parallels the politics behind the War on Drugs with those propelling the War on Terror. This theme had been around since season 1, but season 3 is when The Wire defines twelve episode narrative that follows the arc of the falling towers in episode 1 (in this case the Terrace Towers stand in for the WTC), the emergence of Marlo’s rival gang (the insurgents in Iraq), and Barksdale’s crew going to war on a lie in this final episode (the weapons of mass destruction lie). Now that’s television! 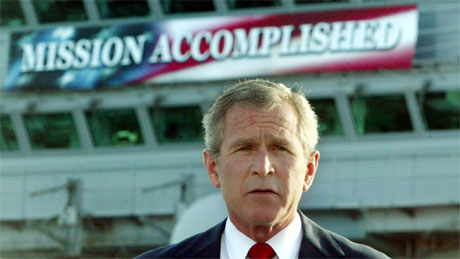 The highlight of this discussion for me was Brittany’s weaving back in some of the audio details Jen Ralston discussed back in week 4.  It’s awesome, take a couple of minutes and watch the clip and her explanation starting at minute 20, you won’t be disappointed. Im including the clip below as well so you can get the full effect in the event the Google Hangout version is as poor quality as I imagine.

The following images were various scenes we discussed, included the aftermath of Stringer’s demise, the lie we fight on, Stringer’s apartment, Colvin’s right, Mohammed Ali, mixed media, Eunetta Perkins, and the final scene. 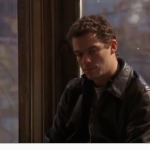 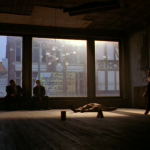 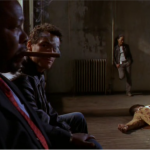 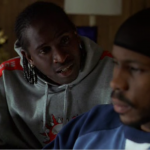 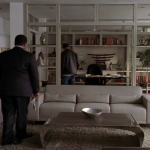 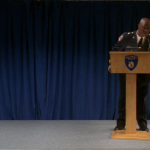 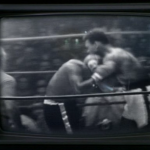 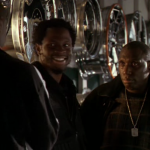 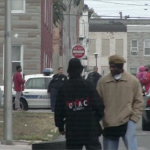 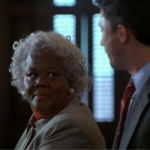 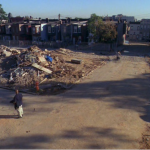