Wither Blip.tv? Another Lesson in Reclaiming

I found out the hardway this morning, thanks to this comment from Alan Levine, that all the videos in my Blip.tv archive have been deleted. I quickly started searching around for the EdTech Survivalist videos that were there before the Blip.tv purging of November 7th, 2013. They were all gone. I eventually found two of the three in a low-res 320×240 flv file (far from ideal), but that’s better than nothing. Still looking for the EdTech Survivalist video titled “Embedded” wherein Tom Woodward and I re-interpret a scene from First Blood (1982) where he plays Johnny Rambo and is embedded in the web (rather than a cave in a Northwest mountain range) and won’t come out. “Johnny, Johnny, listen to me Johnny!” And there are five or six other videos I uploaded to Blip.tv I still have to find an original for. 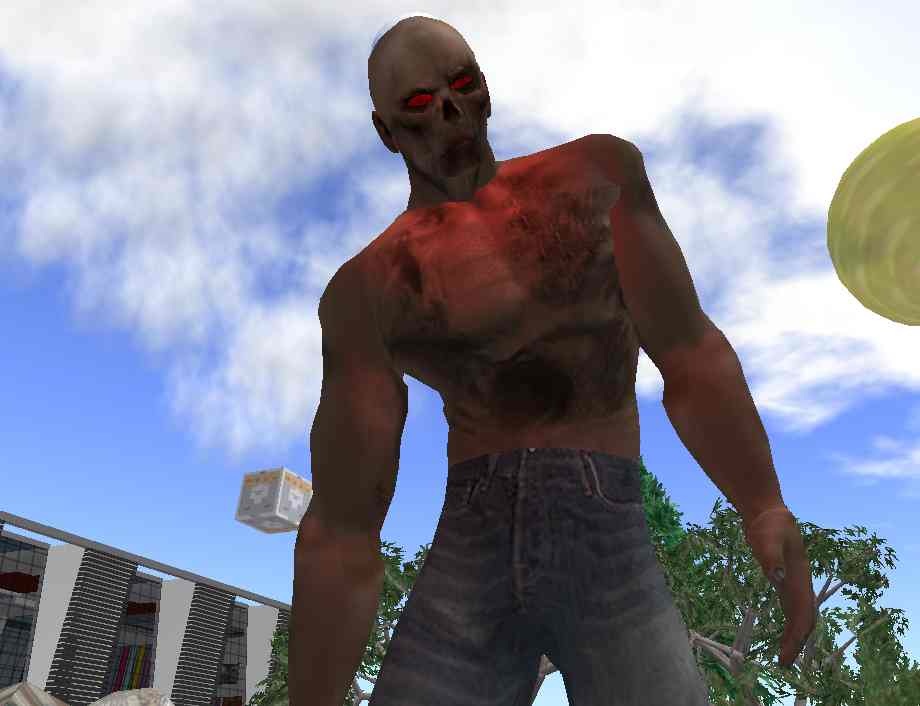 Add to that the flamethrowing, zombie killing presentation “The Revolution will be Syndicated” Tom Woodward and I delivered for NMC in Second Life back in 2008. As of now it has been eaten up as well. In fact, NMC’s entire archive on Blip.tv has been deleted which sucks given there were probably a lot of awesome archived sessions on there. I wouldn’t be totally surprised if a version of that presentation shows up somewhere, but at the same time the fact that it’s out of our control is pretty annoying.

But don’t confuse me for a complainer, I know full well losing the videos from Blip.tv is my own fault. I’m sure I got the email last week (though I can’t find it currently), and I should have planned accordingly. So don’t confuse this post for an outraged plea for mercy from the big bad corporation. I knew full well I was getting into bed with a machine all those years ago. At the same time I’m surprised at how lax I have gotten over the last five years with my personal archiving. I put the stuff on these services, blew through two or three computers, conducted haphazard backups, and basically assumed my stuff would be there. I was stupid, and I can remember six or seven years ago, before the cloud had its current name, that I was still concerned with the implciations of putting my videos (and images, audio, documents, etc.) on someone else’s space.

That said, I understand I have most of my stuff on a commodity web hosting server I don’t fully control, but to date I have a much better trackrecord with work I have personally archived on my own server than any third party site. Case in point, of the 30 videos I uploaded to Blip.tv from 2008-2010, I found more than half on my server space. And to be fair, I’m lucky it was only thirty videos, which is nothing compared to the 200+ videos I lost when YouTube deleted my account for copyright infringement (still putting the pieces together from that nightmare) over a year ago. My history with third-party video hosting services has been shakey at best, and for the last year or so I’ve been putting my videos on my own web hosting space, UMW’s Media Server, and a brand new external storage drive. I’ve seen the light, host locally and back-up liberally. 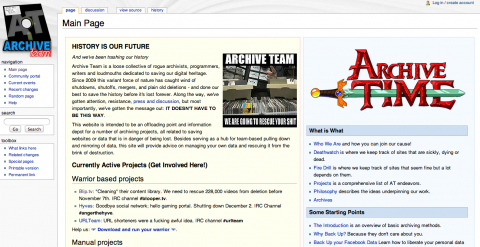 As I was searching for my lost videos and looking for solace on Twitter, the great Grant Potter pointed me to the Archive Team site. This amazing group of folks has been working to try and download and backup the third party web more generally, and one of their current projects is to download and archive all 228,000 public videos on Blip.tv before they are deleted. They provide a tool called the Archive Team Warrior which is a virtual archiving appliance. Anyone can run it, and it download sites and uploads them to the A-Team’s archive. I love this, a collaborative community working to preserve the open web.  I sent them a tweet this evening to see if they might have an archive of Blip.tv videos in the near future, how awesome would that be?

Anyway, Blip.tv’s transformation is not a surprise, and losing these videos is all my fault. It acts as a simple reminder why reclaiming one’s work from these third party services (even if just as a backup/archive) is becoming evermore important as more and more of the services we slept around with for the last ten years start eventually making us pay way or the other 🙂 Live and learn.

4 Responses to Wither Blip.tv? Another Lesson in Reclaiming