As Antonella and I were walking into Trento’s train station this afternoon reluctantly preparing to say our goodbyes for the next few days, she pointed out that they sell a WordPress magazine at the news stand. I was like, “What?” And she was like, “Si, e vero. Vieni qua?” And I was like, “What? What did you say? What language is that?” 🙂 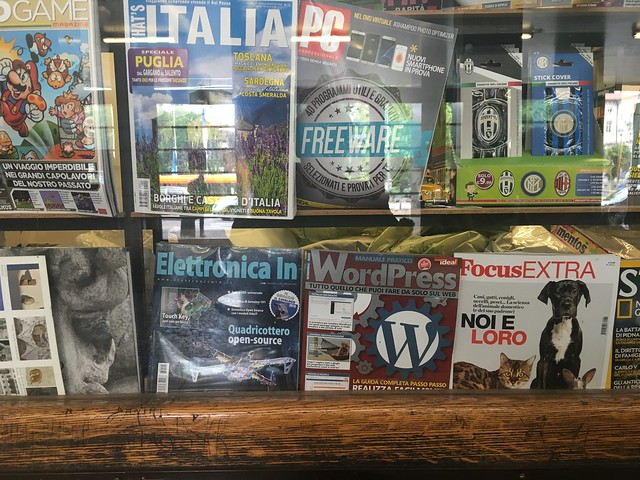 And, as is all too often the case, she was right. Right next to that doggy in the window was un Manuale Practico di WordPress. In fact, it was not so much a magazine as a guide for folks to learn how to use WordPress. It covers everything from the history of the web hosting to why use WordPress to the user interface to plugins, themes, etc. It’s fairly comprehensive, and as I was looking at it I was struck by just how prevalent WordPress is as a publishing engine. People throw around the figure of 25% of the web is driven by WordPress, and moments like today provide striking offline evidence of just that fact. I was intrigued, so I asked the news stand proprietor how much. €9? The price of a good pizza. Not too bad for a fairly comprehensive translation of all things WordPress in Italian. I couldn’t resist. 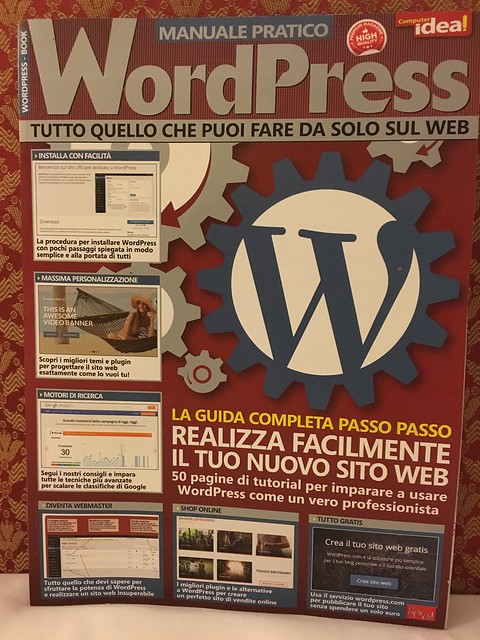 I cut my edtech teeth on WordPress more than 10 years ago. In those dark days when the sysadmin-type edtech yahoos were screaming Drupal and Joomla, I was preaching the people’s doctrine of ease-of-use, elegance, and simplicity. I effectively MADE WordPress for education. In fact, you can credit WordPress’s meteoric rise to international prominence with this blog. Without me WordPress would have been the next MySpace….I MADE WORDPRESS!!! #NOBODY Well, me and a few thousand other far less bombastic folks 🙂

It’s pretty wild and satisfying to see something you played a small role in pushing out to a community of educators and students in Virginia take on a central role in empowering millions and millions of people to engage in the open web. WordPress most certainly provided me with an ed-tech career,  and 11 years later it’s still the best tool out there for doing open web instructional technology. 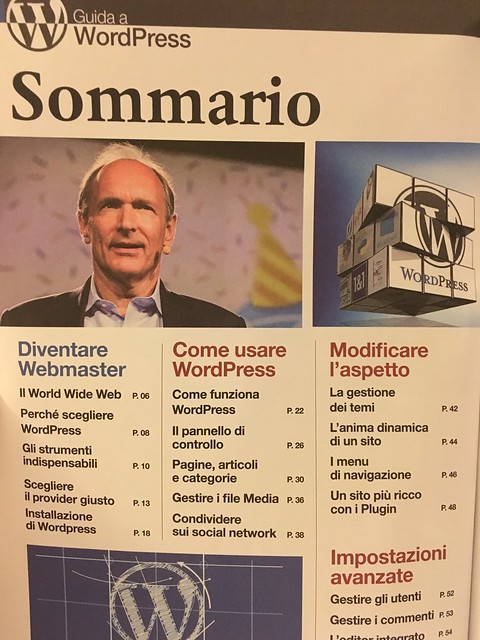 I guess this post is just to say how cool it was to see this magazine in a train station in Trento. It reminded me that WordPress may be a portal into new communities here in Italy. I have a goal taking shape in my mind that I want to get fluent enough in Italian to present about edtech to a local audience in their mother tongue, or give a WordPress workshop at my kids’ school. Though, on second thought, my kids would have none of that, they are not big fans of my broken Italian!

One of the best parts of being in an entirely new world is that something I have taken for granted for the last decade, like explaining the value of WordPress to people, becomes a whole new challenge. I can just imagine a whole slew of new and improved bad metaphors in a language I am not comfortable with, how could that go bad? Especially in Italian where every other word has the potential sexual innuendo. This could very well be the career ending move I have been waiting for 🙂 WordPress made me, and now it can break me!

This entry was posted in fun, WordPress and tagged fun, reclaimitaly, WordPress. Bookmark the permalink.