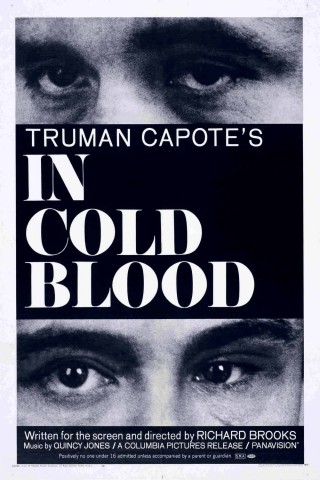 As I mentioned in my last post, one of the things Paul and I are trying to do with blog posts, videos, etc. for the True Crime course is model some of what we want to see. The group that is leading the discussion on Truman Capote’s In Cold Blood did a good job with background information and summarizing what happened in the first half of the book, but any good discussion of a book needs to anchor its discussion and arguments directly in the text. One of the things you hopefully learn as an undergrad when taking a literature class is how to read closely. How to examine specific passages to pick-up on particular elements of style, voice, etc. At the same time you also need to connect how a given passage connects to the broader themes of the book.

For the second half of In Cold Blood Paul and I have asked each group member to do just that. Choose a passage or two from the book and closely examine its broader themes, particularly elements of style that also feedback into the ideas Capote is getting at in the book. An example we talked about in class on Thursday was from Section 1 and it’s a description of the back seat of Dick and Perry’s car.

Dick was driving a 1949 black 1949 Chevrolet sedan. As Perry got in, he checked the back seat to see a if his guitar was safely there; the previous night, after playing for a party of Dick’s friends, he had forgotten and left it in the car. It was an old Gibson guitar, sandpapered and waxed to a honey-yellow finish. Another sort of instrument lay beside it—-a twelve-gauge pump-action shotgun, brand-new, blue-barreled, and with a sportsman’s scene of pheasants in flight etched along the stock. A flashlight, a fishing knife, a pair of leather gloves, and a hunting vest fully packed with shells contributed further atmosphere to this curious still life. (22)†

I brought this passage up during class Thursday because it, like so many others in this book, foreshadows and encapsulates the tensions and themes that made this book a classic. One of the immediate elements of this passage frame possibly the most powerful theme in this book, namely that cold blooded murderers are actually people. Perry embodies this brilliantly here (and an issue that only gets more complicated as the book proceeds) as he is scanning the back seat for his guitar, which he actually plays at parties fro friends, has deep affection for and demonstrates he can actually create something (not only destroy). This is something that is echoed continually throughout the book as it focuses on Perry as both murderer and human at once—a complex framing of the banality of evil that might be the most horrific part of the whole text.

And this very theme is written brilliantly into this passage as the description seamlessly moves from the guitar to “another sort of instrument” right beside it, namely “a twelve-gauge pump-action shotgun” which captures the murderous side of Perry. What’s more, this shotgun does not invoke an idyllic hunting scene that focuses around pheasants, but rather scenes of two men hunting down a family based on a similarly fanciful vision of gold and treasures to be found on the Clutter farm. This is all further reinforced by the list of hunting sundries in the description that illustrate with painful detail how everyday tools quickly become monstrous when seen through the lens of violence this scene is literally driving towards.

Finally, the the last line of this passage, “curious still life,” made just as well be another name for the entire book. Not only is Capote introducing a more ethereal literary voice to this hardboiled situation, but he’s also providing a curious still life to a moment of time in American culture. The idyllic vision of post-war America running on a crash course with the underbelly of the dream embodied by lost souls like Perry. But this is not an excuse, or even an argument, but rather freezing a documentary moment of time into a literary tableaux —the mashing up of art and reality. A curious still life that at once pushes the story forward as much as it foreshadows what’s to come while at the same time brilliantly demonstrating the larger tensions, themes, and ideas that define this work of art.

† We used this edition of the book for the discussion, so the page number for the quote copied above would be for that edition.

This entry was posted in True Crime and tagged closereading, In Cold Blood, truecrime, Truman Capote. Bookmark the permalink.