Catchig up on my RSS reader is always a joy, and one of the most consistent and indisposable YouTube filters in my reader is the Media Funhouse blog, without fail there are at least 5 or ten posts that lead me into the rabbit hole that is YouTube. I love Ed Grant’s stuff, and he is absolutely an encyclopedia of all kinds of schlock and camp culture, but more than that has been running Media Funhouse as a cable access television series for over 13 years in Manhattan. He freely shares all his insane media addictions and endless riffs on the forgotten character actors, artists, and directors that represent the truly talented working class of our celebrity culture.

Anyway, here are a few of his recent gems, dating back to Thanksgiving wherein he links to a pretty poignant clip of from 1986 that captures the circus that is American popular culture: “What is America to me?” This post has stuck with me, and I keep coming back to how Ed Grant reads a seemingly throw away moment in yet another spectacle like the Macy’s Thanksgiving Day Parade to frame the state of our fragile experiment:

I can think of no better way to sum up what American means to me than to offer up Robert Vaughn being mocked by Macy’s employees dressed as clowns (watch them flock!) as he reads the Constitution to a befuddled and bored TV audience. The fact that host Pat Sajak tries to save his bacon by doing an impromptu intro to the segment (after Vaughn says on-mic, “you have the cards?”), and the fact that the director then tries to save Napoleon Solo once again by putting him in a little circle (in which you can still the bobbing clown heads) only makes this moment more of a patriotic godsend. I can offer no better treasure from my coffer of weird VHS moments to celebrate the “discovery” of this wonderful land.

Brilliant, that’s what reading culture is all about!

Next up is his post on Spanish actor/screenwriter/director Paul Naschy “The Lon Chaney of Spain,” and I admittedly have a lot to catch up with in terms of Naschy’s career. Of all the films pointed out in this brief retrospective of a wild career I have only seen clips from Werewolf Shadow (1970), so there is a lot of viewing to do, but it all looks like a ton of fun. But isn’t that why we subscribe to blogs?

And then there is this tribute to the noir art of Johnny Craig, and the features from E.C. Comics’ The Vault of Horror, highlights some of the most impressive aesthetics from the golden age of comics. 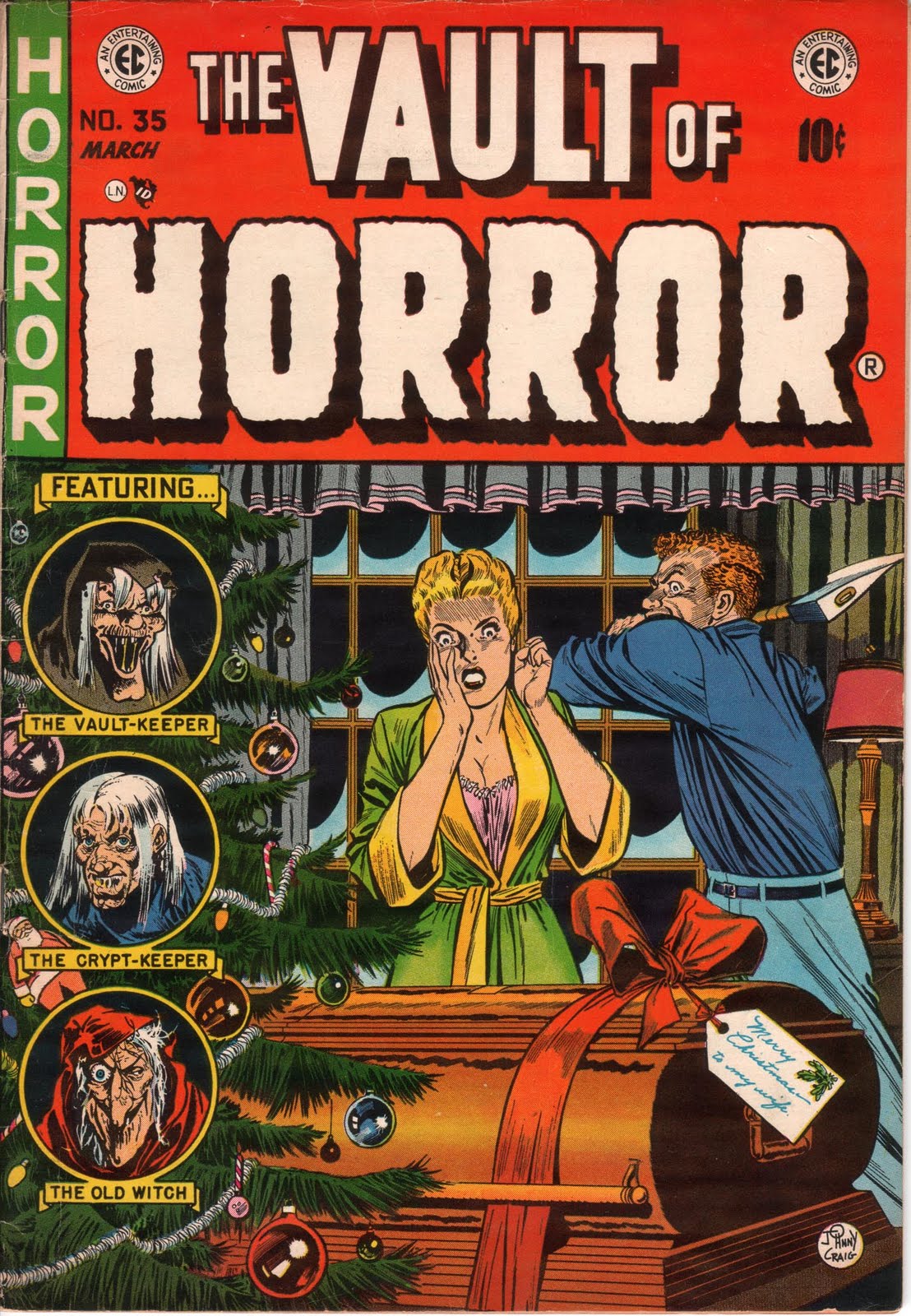 I love this quote:

Craig’s work is probably the single best comic book corollary to the film noir cycle, because he went from being an artist who perfectly captured the mid to late-1940s guys-with-guns and sexy-gals style of illustration (a style also possessed by E.C. stalwart Jack Kamen), and then, much like the noir cycle, he went crazy stylistically and storywise as the 1950s came to stay.

And don’t miss the download link to some scanned reproductions of Johnny Craig’s The Vault of Horror issues, great stuff.

Finally, there is this post about the recently passed character actor Val Avery, which as an added bonus includes his film stealing scene from Cassavete’s Minnie and Moskowitz (1972):