I ‘m going to have to do a series of posts to try and wrap-up July because somehow the entire month got away from me in terms of blogging. I had the best intentions early on, but between a steady diet of work and trying to sneak in vacation (not to mention focusing on the home arcade and minding milestones for ds106radio and Reclaim Hosting) writing regularly was an unfortunate casualty. But this morning I realized I am out of time, July is just about gone. But I rallied my blog troops for at least one post given I have posted at least once a month every month since December of 2005, and I will be damned if that almost 16-year streak stops today. So, long live the bava.blog, hiatus and all! 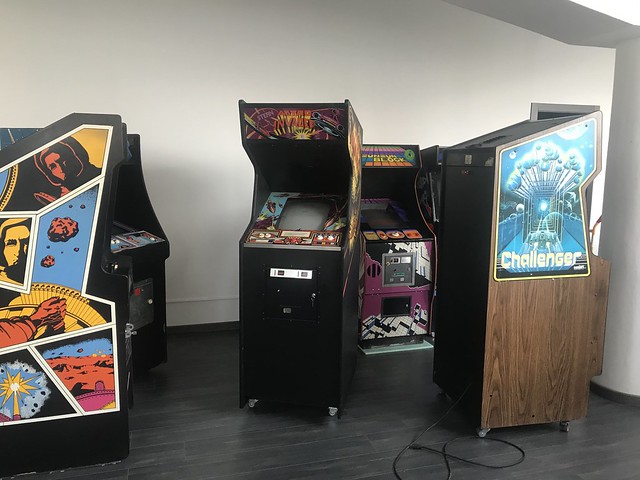 My last post at the end of June had me finishing up the restoration of Scramble, and that was a lot of fun. As a result I have got bitten hard by the arcade cabinet collector bug here in Italy. I got my first arcade cabinet here in March, Cheyenne, then I got Scramble in April, right before OERxDomains21. Then in mid-June, right before the Virtual Reclaim Roadshow, I went to Milano and picked up three more arcade cabinets—all of which are pretty niche: Astro Invader, Stern’s shameless rip-off of Space Invaders; Challenger, which is a less popular Centuri game that I really enjoy; and Explorer, one of the several bootleg the Italian video game company Sidam made in the early 80s—but more on that shortly. 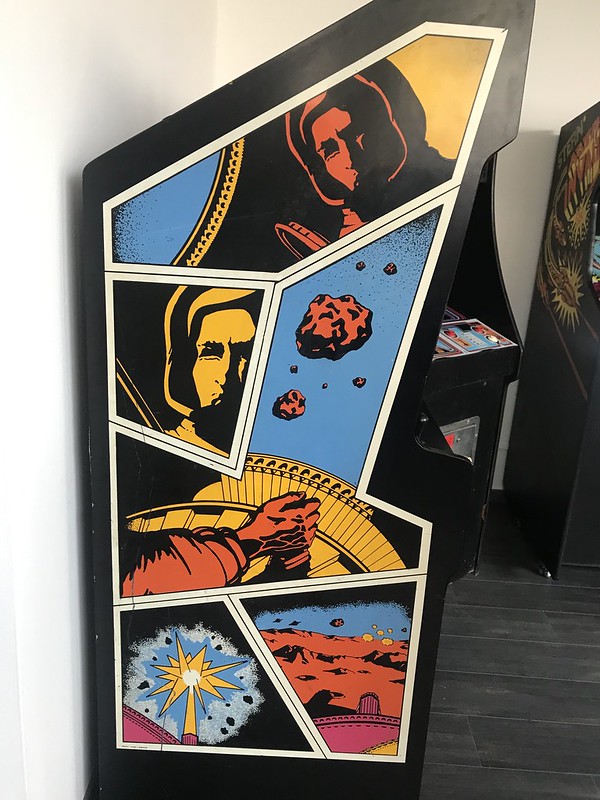 The comic-inspired side art of Sidam’s Explorer, which is an Italian bootleg machine based on Scramble 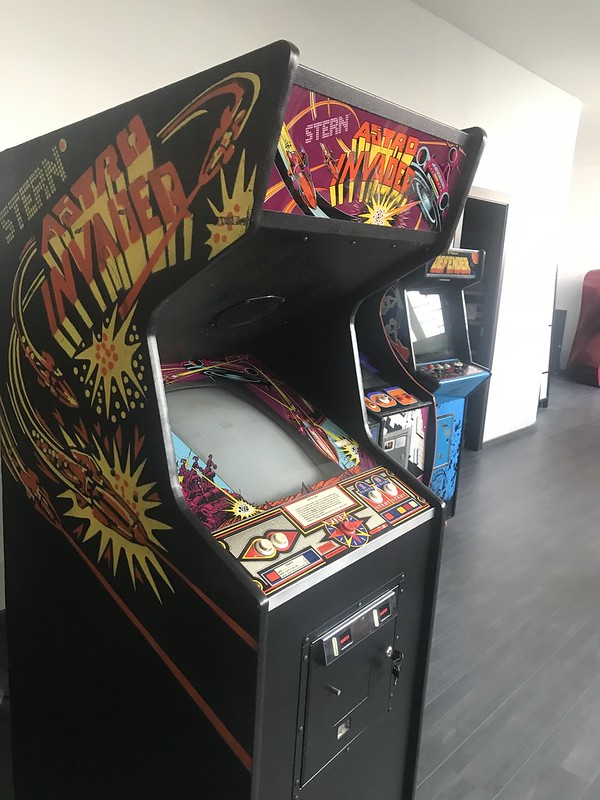 This haul of games in mid-June made me realize that I can pretty much do what Tim and I did in America for Reclaim Arcade here in Italy. I love the driving long distances to pickup these cabinets, it makes me feel alive! 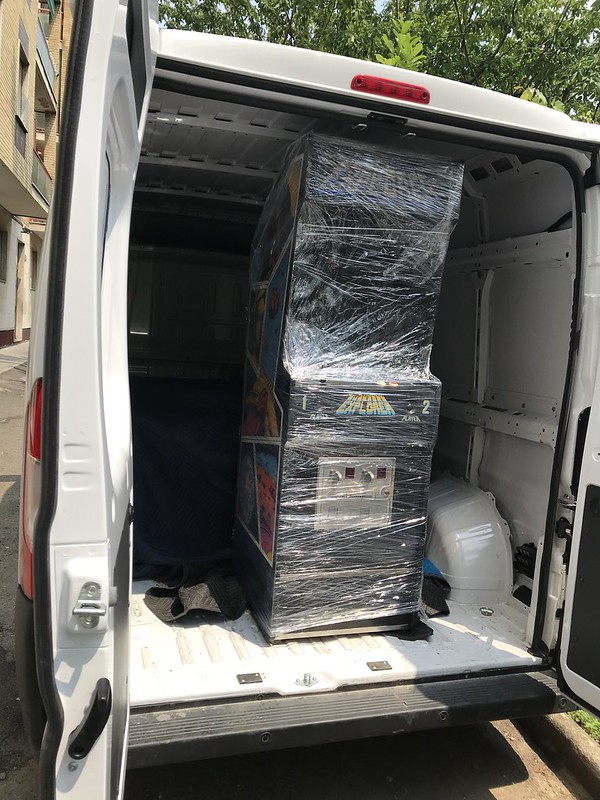 The main difference between buying in Italy versus the US is there are fewer games and the prices are generally much steeper, but after weighing the costs of shipping and paying duties on importing electronics, any savings of buying cheaper in the US and shipping here are negligible. The thing you learn quickly once you get into the hobby of collecting these cabinets is that it’s not necessarily a savvy investment. You tend to put more time, energy and love into these artifacts than you will ever realize from a sale. What’s more, these games are of little value (at least to me) if they can’t be played, and for that to happen they will need repairs, and with that goes any hope of serenity in exchange for a whole lot of fun. 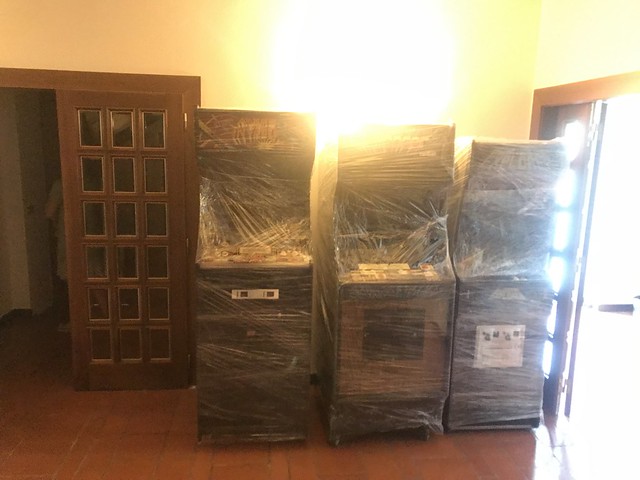 I’ve been tracking the repairs Timmmyboy has been doing at Reclaim Arcade, and it’s serious work. But the love and attention that goes into these Gen-X joy-machines makes all the difference in terms of the Reclaim Arcade experience. What’s more, he also has to deal with repairing pinball machines which is a whole ‘nother level of complexity that I luckily cannot afford. 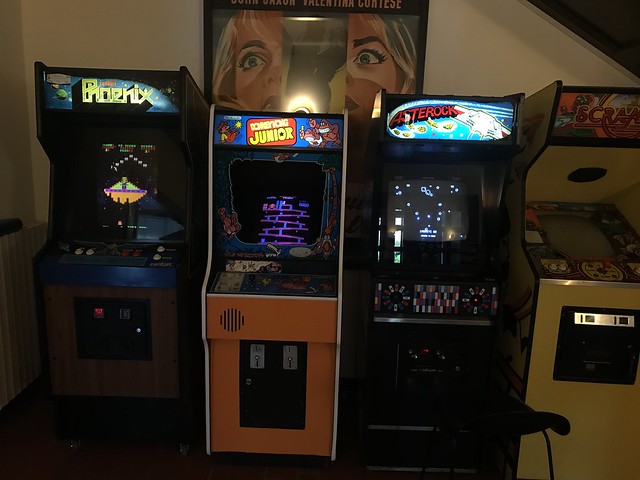 Early July saw my second 3-game haul in Italy, this time in Pavia (30 minutes south of Milano) consisting of Phoenix, Donkey Kong Jr. and Asterock.  And like the haul in Milano, these games were all in excellent shape. The Phoenix cabinet might as well be new, nary a knick or scape to be found. Phoenix is also one of my all-time favorite games, so finding one in this good shape that needs next to no work was a total bonus. 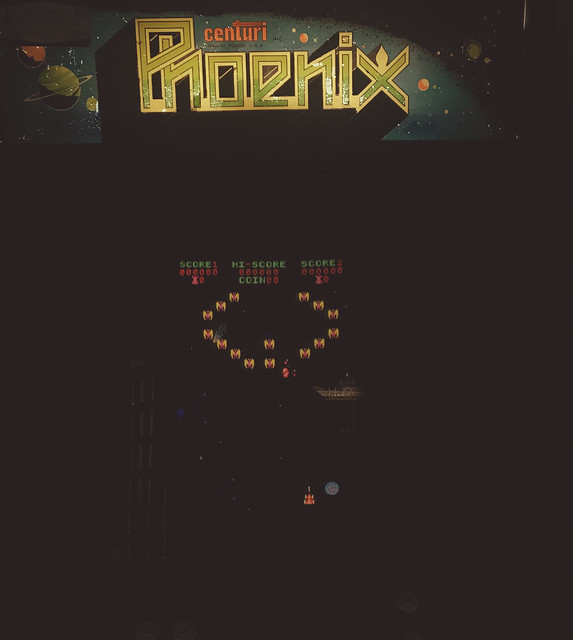 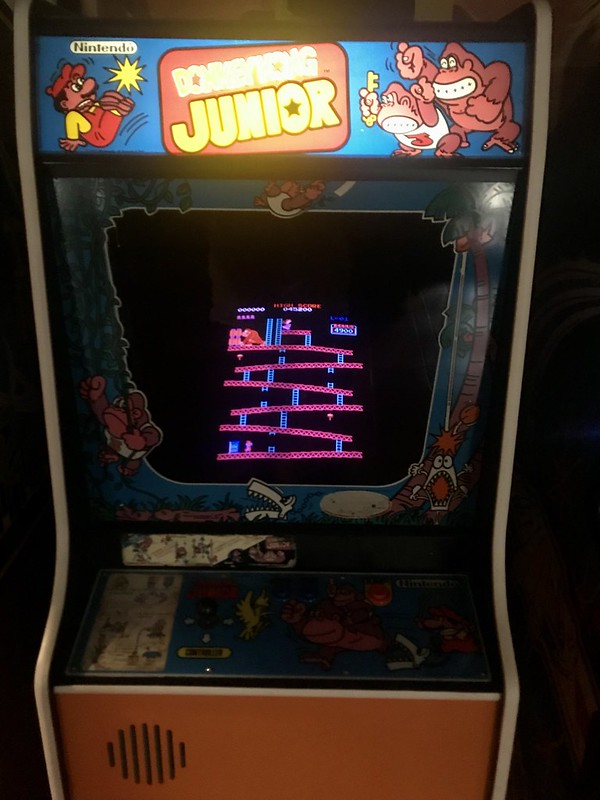 Donkey Kong and Donkey Kong Jr boards both work in this cabinet, and you can switch between them by pressing the player 1 and 2 buttons simultaneously

And finally, and this is where I pick-up the dangling thread around Explorer mentioned earlier, the Asterock is another bootleg by the Italian game company Sidam. Asterock is a direct rip-off of Asteroids, and this one is in great shape and because it is an Italian game it comes much cheaper, just like Explorer, which is a rip-off of Scramble.* 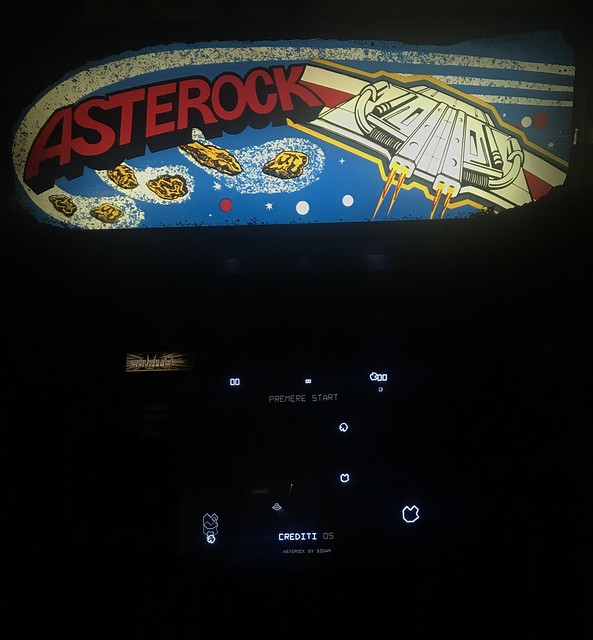 All these games were in great shape, as I already said, and the gentleman in Pavia had a few others for sale, including Millipede, Pac-man (with a high score save kit), Stargate (the sequel to Defender), and the inimitable Gyruss. Given I already have a Pac-man, Gyruss, and Defender in the US I have been debating whether to ship or not, I resisted an impulse buy. But soon after returning from our vacation in Sardegna I reached back out and decided to try and lock-in Stargate, Gyruss, and Pac-man—all of which were in as good if not better condition as the three I just bought from him. Turns out Gyruss and Stargate were still available, but Pac-man was spoken for. Damn that yellow glutton, I will snag him yet! I locked in Gyruss and Stargate, and picked them both up this past Wednesday. 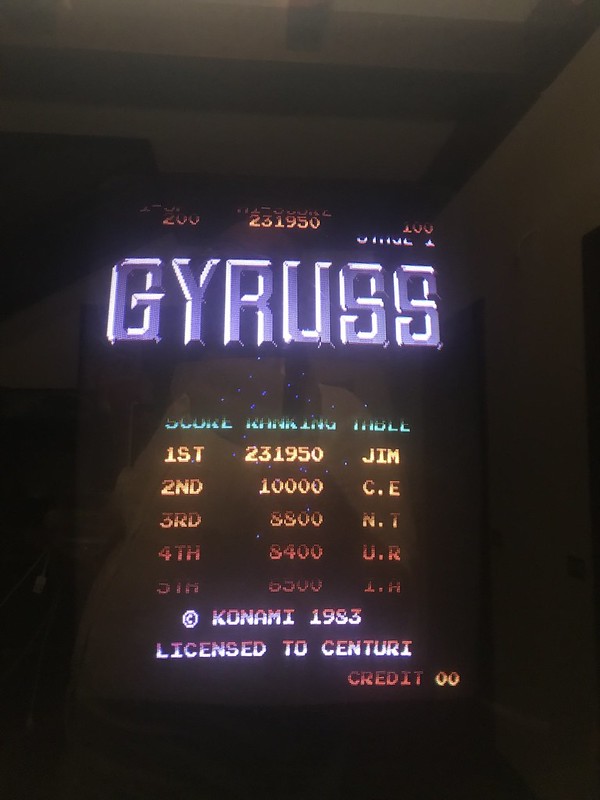 Look at that high score on Gyruss 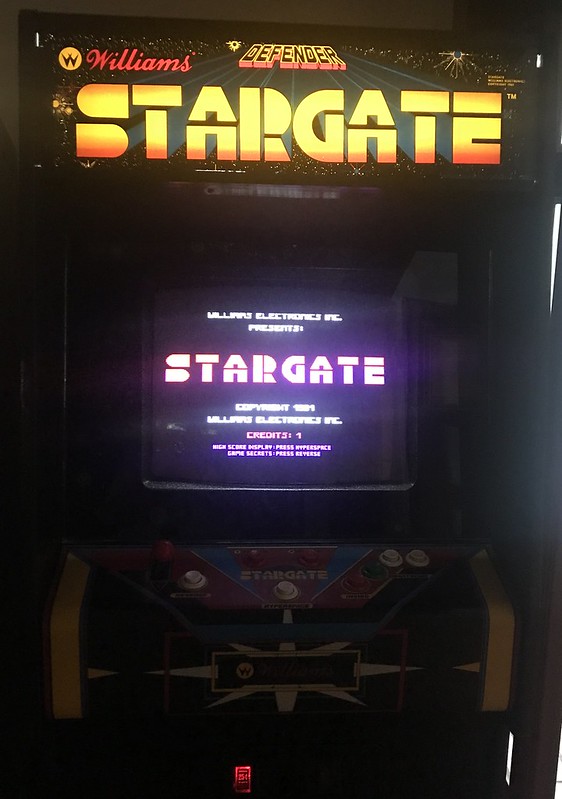 While I’m partial to Defender, this Stargate might be the nicest cabinet of them all (neck-and-neck with Gyruss which is like new!), and I am enjoying the gameplay a lot!

That officially brings the bavacade into double digits with 10 games (even if one is an Italian pirated version of the US original). You can see a quick tour of seven of these games setup in my foyer in the video below. The running joke in the house is when I am going to get these games down in the basement, which I am converting  a part of into a full blown arcade that should have room for up to 20 games. YEAH!

This entry was posted in bavarcade and tagged arcade, bavacade, videogames. Bookmark the permalink.