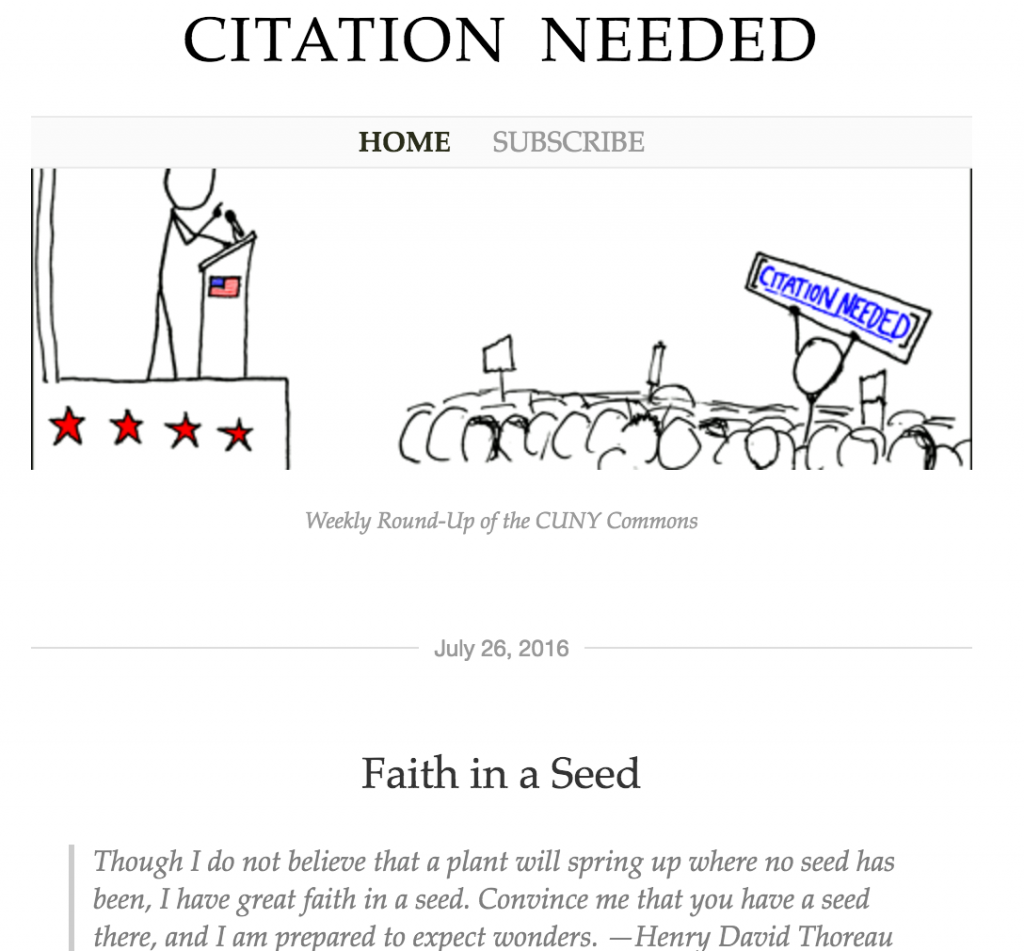 I’ve been working with CUNY’s Academic Commons teams over the last five or six months to help highlight the work happening there. Promoting good work in and around communities is something I’ve done for years with UMW Blogs and UMW Domains, so it should come naturally, right? Well, I thought so too, at least until I tried doing this for the Commons last semester. I couldn’t find my groove. I am so used to blogging about whatever I want whenever I want however I want here on the bava that I forgot what it meant to write with intention for a bit a more focused audience. I struggled along with a number of disconnected blog posts on the Commons News blog highlighting work happening around the Commons, but nothing that really congealed for me.

This came to a head this June during the Commons retreat when it was made clear my blogging wasn’t really up to the level of my predecessor Brian Foote, whose Footenotes blog was a huge part of the Commons success for the first 3 years. WTF?! I’m Jim Groom, dammit! I’ve been blogging since you you were battling with your Pokemon cards in your parents attic. We all react differently to criticism, I know. But I what I have always appreciated about New York, and CUNY in particular, is folks pretty much tell you it straight.

I went away and licked my wounds while listening to Morrissey. I also spent some time reading Footenotes and getting a sense of his style and approach. It was a great exercise for me to start thinking anew about blogging for the CUNY audience and stop assuming I could just blog as I always did and that would be enough. It was equal parts lazy and presumptuous on my part, and while it wasn’t necessarily terrible—it also wasn’t great.

If I am going to be honest with myself (which I sometimes pretend to be), what I was told at the retreat was no surprise. I knew as much myself, but I couldn’t see my way clear of how to fix it. And while it was suggested a few times I take a closer look at Footenotes,  I was thinking they wanted what I’ve been doing, not what someone else already did. But that was me oversimplifying, they obviously wanted me to blog for them because I have a track record of doing just that to build community, but the Commons community has its own rich history of community and I should have paid more attention to just that.

Anyway,  over the last few weeks I regrouped. I created a distinct blog from bavatuesdays (a big step for me), and imagined this work as something else entirely. I titled the blog Citation Needed because I love the XKCD cartoon of the Wikipedian Protestor from years ago, and it never seems more appropriate then now (Brexit and the Trump presidential campaign—and to a lesser degree Hillary’s—highlights the more depressing side of social media many of us downplayed in the mid to late oughts while we were in search of the digital El Dorado). 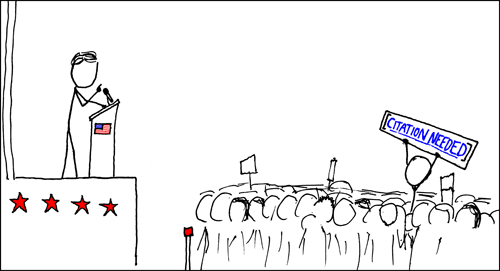 The idea is a weekly round-up post wherein I highlight the work happening around the Commons, incorporate crazy GIFs, and even find an outlet for some of my own repressed political feelings—stuff like why doesn’t anyone talk about Turner & Hooch (1989) anymore.  What’s more, I have some excellent models to build on in addition to Footenotes. One of the blogging genres I have been fascinated with more recently are daily/weekly round-ups that share thoughts, politics, links, poetry, etc. They are usually a cornucopia of resources that focus around a topic, for example Audrey Watter’s now legendary Hack Education weekly newsletter is without question the definitive resource for weekly edtech news in the field, no one does research like the Pigeon…NOBODY!

I also dig Chris Lott’s Katexic. I am a major fan of how this newsletter marries literary works with words with interesting links. Both of these examples use the application tinyletter for their newsletter. And while my work will be first and foremost a weekly blog post, I created a tinyletter account to handle the email subscriptions piece (not that I foresee a major rush). I’m looking forward to playing with this format over the next few months. I already published my first weekly round-up post this past Tuesday, and while nothing earth shattering I do believe it gets me closer to what I should be doing for the Commons. What’s more, it felt good to write. I liked exploring the interweaving of GIFs with links to posts and various bad jokes and inside references. It’s how I write anyway, just with a bit more focus and attention, to open up a map and see between 1 and 2. 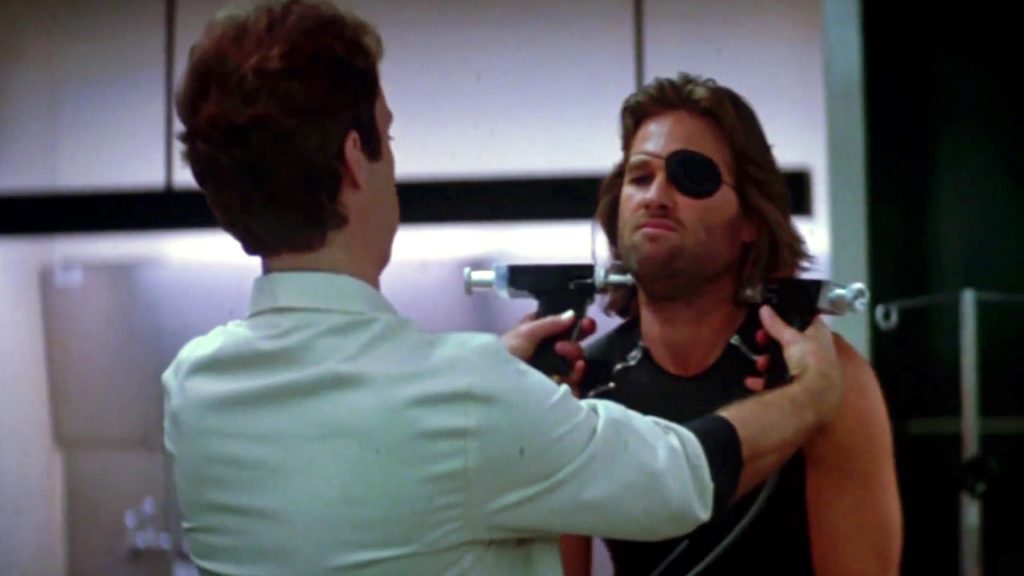 The other kool thing, as I already wrote about in preface here, is that I am giving myself a time-released cyanide capsule on this job. Like Snake Pliskens, if I don’t get the job done in the next six months those capsules will pop and I will hit the eject button from the Gullfire. But, let’s hope it doesn’t get to that and I am able to rescue the president from the prison that is Manahatta.