Creeping on The Invaders 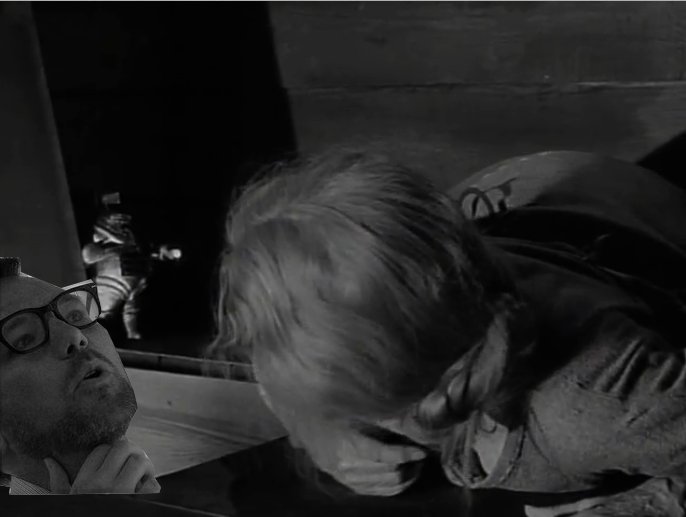 To round out my Visual Assignments for the week, here is a younger me creeping on “The Invaders” inspired by the Creep on the Movie Scene assignment by Jack Mulrey, an old gold #ds106er . I always liked the idea of editing myself into a scene, and what better to be there when the “alien” shows himself to the giant.

This was a pretty easy edit in GIMP. I took a screenshot of the still I wanted to creep on and then found an image of myself that could potentially fit. After that, I opened both as layers and then moved the image of me in the lower-left hand corner and traced out the profile with the free select tools (the lasso icon) and then cut myself out and pasted it into a new layer. I then deleted the old layer I just cut myself out from and then selected the layer containing just my image and used the Colors–>Colorize menu selection and messed with the Hue, Saturation, and Brightness settings to match the scene. After that I export it as a JPG and I am officially creeping!