My oldest son, Miles, brought home this “Going Online” worksheet last night. I’m not entirely sure where to start on this worksheet, but the sixth question does sadden me a bit—bloggers still get no love. I had to break it to my son last night that his father is a degenerate blogger. In response he said “I was told I can’t blog until I’m 13.” I answered assuredly, “No son, you can’t get a Tumblr until you’re 13. You can blog whenever you’d like.” 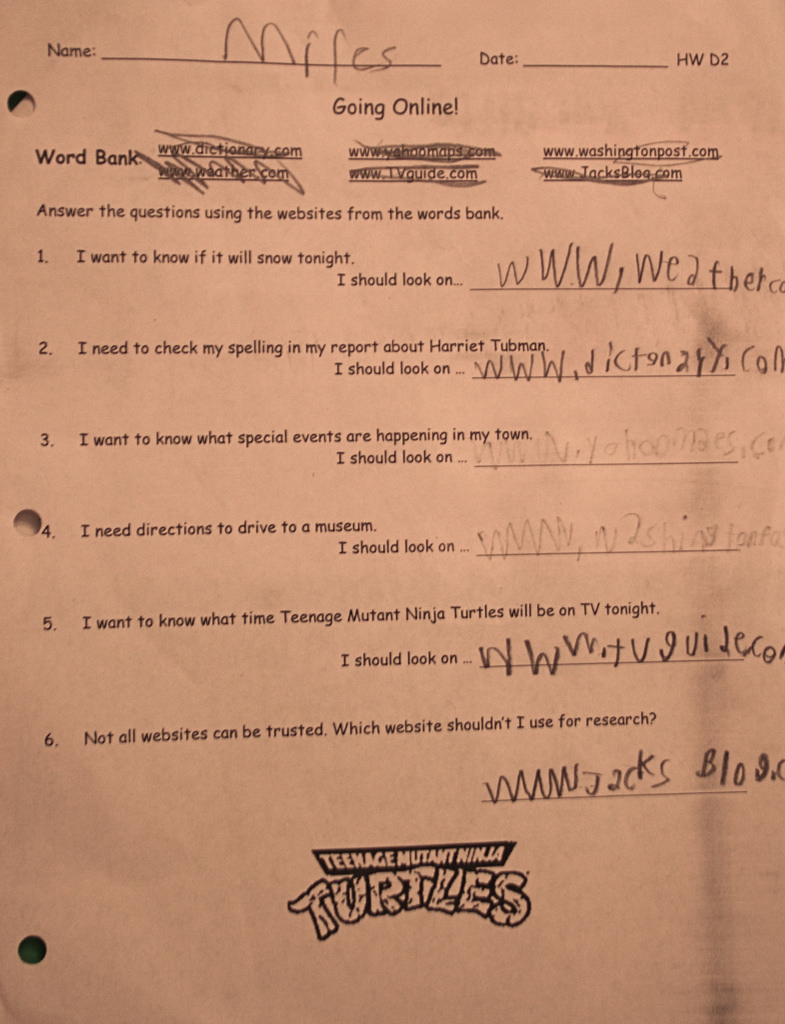 To be clear, I’ve been happy with my son’s experience at school the last year and a half. I’m not trying to snipe and don’t mistake this for outrage, rather this instance reminds just how critically we need web literacy integrated into the curriculum. It’s time to give Miles a domain of his own.

Also, this reminds me of an idea that game up on Twitter the other night with Jenn Orr:

What if we start creating an elementary school curriculum that gets at the more dynamic and generative possibilities of the web rather than thinking about it like a set of static, scary resources. Richard Scarry anyone?

This entry was posted in Domain of One's Own, fun. Bookmark the permalink.