Goofed by the Internet Course

Paul and I taught the Internet Course remotely last Tuesday and Thursday given that he’s in Pennsylvania and I was in Dallas, Texas for the Sloan-C Conference. After racing from the airport to the conference hotel in Dallas, I locked into the class via a Google Hangout alongside Paul to experience a truly impressive group presentation on Cyberbullying I already blogged about. It was a great class, and I was walking on cloud 9 as most faculty do after a great class, especially one the students take full ownership of.

So, I was more than excited for Thursday’s group presentation. I even got on Google Hangout five minutes early to see what was up, and perhaps talk some smack on the students. Lo and behold the group that was presenting were the only ones there. They were pretty concerned that the rest of the class didn’t show up, and they were wondering if the fact I was in Texas had anything to do with it. My worst nightmare came true while sitting in a hotel room 2000 miles away in Dallas, Texas: an empty classroom. 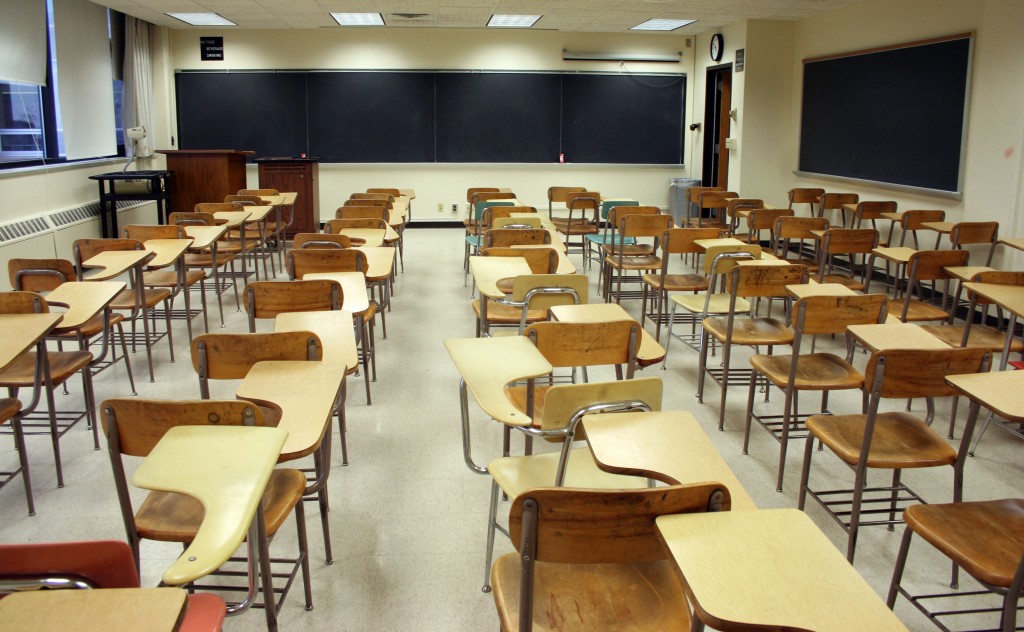 The students were freaking out a bit because the final four weeks of the class are focused on presentations wherein each group shares their research thus far. It depends on presenting to a group of people, getting feedback, and starting dialogues around what could be better, how, and why. All of which was not going to happen with two disembodied figures on a screen in an empty classroom. As this was unfolding I went into rant mode as the camera was facing the group at the front of the class. “What’s wrong with them?” “They’re dead to me!” “They will pay for this!” “I know where they live!!” And on and on and on.

After spewing my vitriol, Paul and I started to try and figure out if we can reschedule the presentations so the students could get some much needed feedback. In the mean time, the group turns the camera back on the classroom to show everyone in the class streaming into their seats from the hallway outside. They were messing with us! Those bastards!!

Now that’s my kinda class, the members of the inaugural #tic104 course just moved several notches higher in my estimation. Goofing on your professors and making us (well, really just me cause Paul is always locked in) pay for trapsing all over creation while they were locked in at home getting it done is a beautiful thing. Bully for them, I’m a very, very BIG FAN!

This entry was posted in fun, The Internet Course and tagged tic104. Bookmark the permalink.

1 Response to Goofed by the Internet Course