I’ll take the book with the shiny cover

I’m aware that a lot of folks read a lot of books on their iPads, Kindles, smart phones, laptops, etc. In fact, there’s a whole business and culture around the process that bores me to no end. And while I’m a big fan of books—I don’t burn half as many as I used too—I’ve been consistently underwhelmed by the next technology that is finally going to repackage the book for the web. In other words, the next technology that will effectively remediate the web for books. Don’t get me wrong, I fully understand it’s been happening for years, will continue to happen, and may one day even be remotely interesting to me when we finally realize the liberties and properties of the physical book are anathema to the web. And it’s those properties that represent part of why the book is beautiful and it’s own thing that need not be of the web—in fact it’s being of the web loses those properties while giving it new ones that alter it entirely—make it something other than a book, and often by way of control.

All that said, I don’t hate epubs, ibooks, etexts, or whatever, I just feel no attraction to them. Not only are they not books, they don’t have cool covers that inspire me, they don’t trace my physical being there through them in the same ways—in short they don’t excite me. And if that’s why we like the idea of our own space online that we can design, control and take some ownership of, I guess I feel there is no real corollary for books in this regard online.

But all that aside, what this post is really about are the new Penguin Classics Graphic Deluxe Editions that are pretty wild. I guess Penguin also fears the physical book is endangered so they are going no holds barred with a number of classic book cover deigns, and I can’t say I hate the results. I mean check out this crazy ass design for Marquis de Sade’s Philosophy in the Boudoir Or, The Immoral Mentors.

That is a new take on the classic De Sade cover that gets pretty explicit. Reading a book like this on the subway has a completely different effect in your environment than reading that same book on an anonymous tablet that everyone else on the train has, replete with black protective cover and invisible corporate leash. But even if none of that  bothers you, then I would still recommend you check out the Penguin Book covers based on their rather wild design sense.

I was immediately struck by the framing of Voltaire’s Candide as a stick figure cartoon that actually tries to sample some of the books themes in order to bring the reader in as if it were an XKCD cartoon: 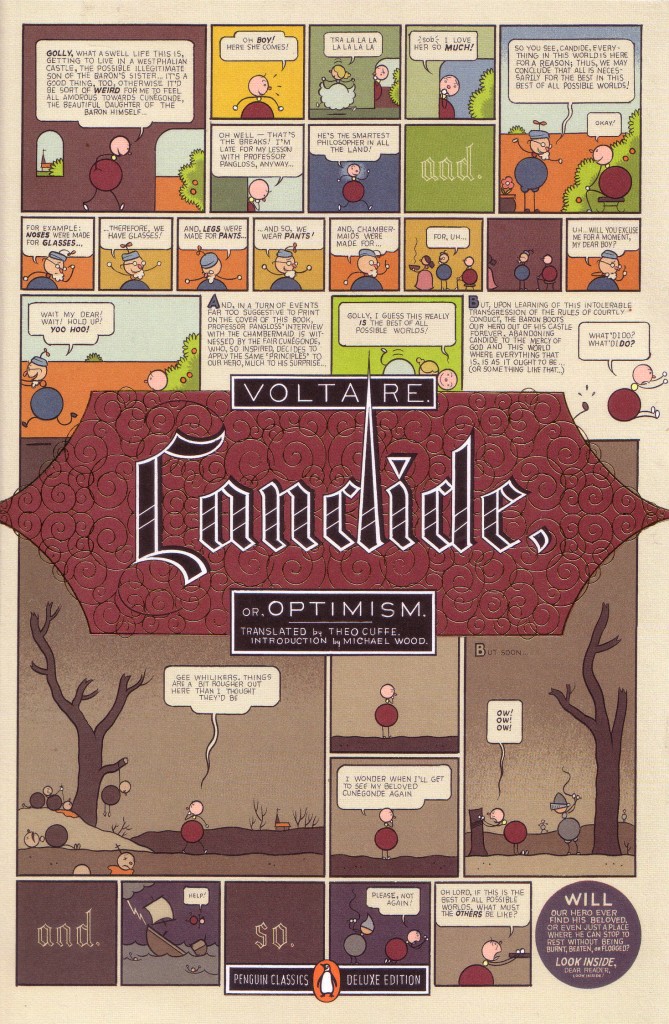 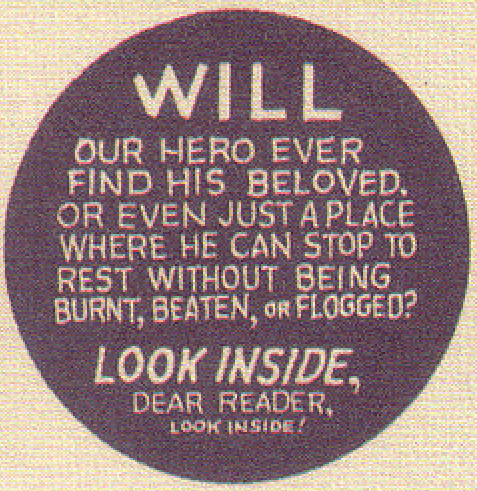 And what do you make of Penguin turning Mary Shelley’s Frankenstein  into a kind of EC Comics cartoon cover? I can’t help but thinking something bizarre is happening here, and I really dig it. 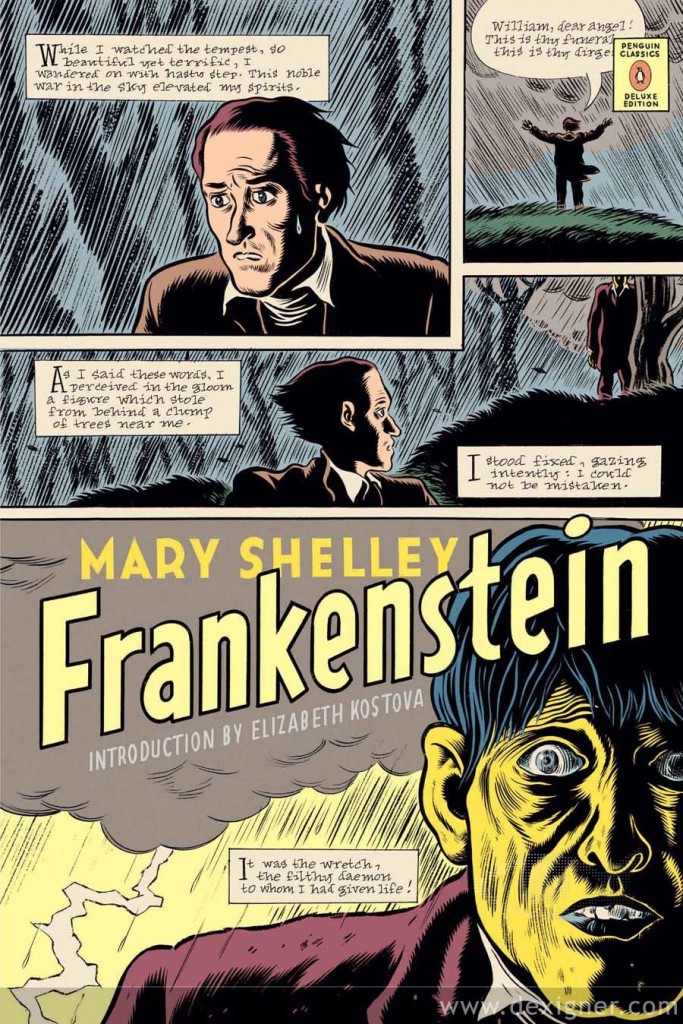 And what do you make of this The Three Musketeers bookcover? 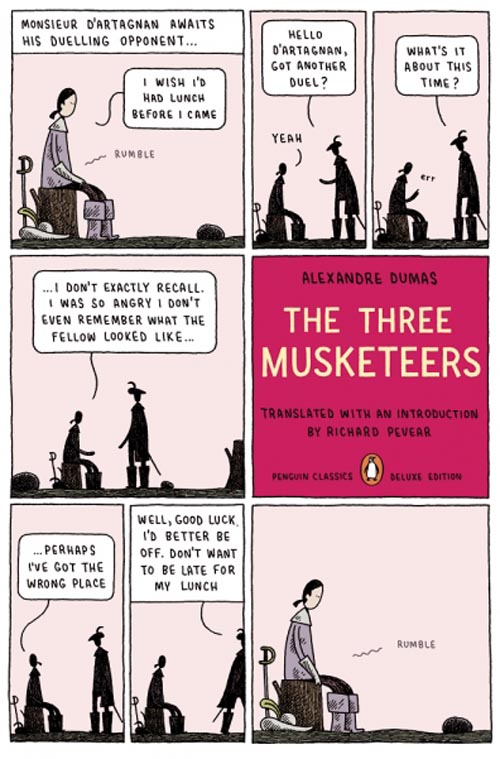 And finally, the book that turned me on to this series: Ken Kesey’s One Flew Over the Cuckoo’s Nest. I saw this one in a book store in National Airport and was struck by the idea of presenting the book as a kind of graphic novel. 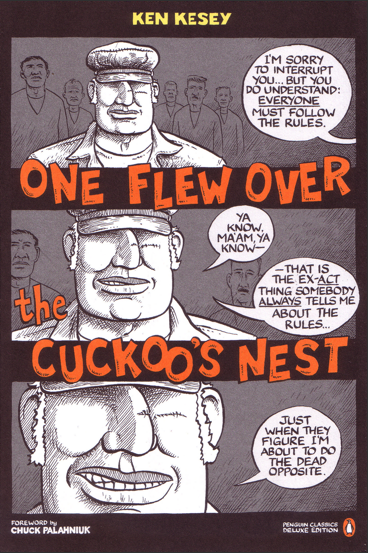 A few thoughts I had immediately is how fascinating it is that all of these classics are employing a rather radical new design approach that moves them away from a staid, abstracted idea of a classic, or even a cheap “see the movie” advertisement. The art reminds me of the best of pulp art both on and off the web from the last 100 years or so, and I really want to have these physical books because of their design. In fact, it’s their design that allures me. And while it may be a  gimmick, it’s no more a gimmick than the iBook or the Kindle experience, etc. But unlike them, they actually have something I can hang on too, I can share in physical space, and even imagine around as I am reading.