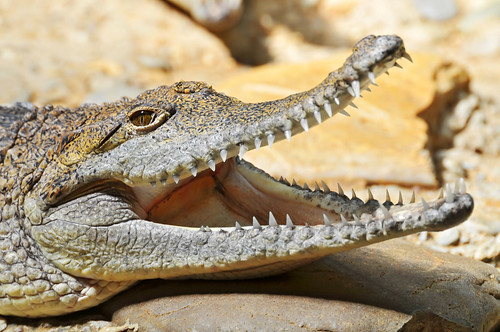 Something struck me this morning as I was reading the comments from Mike Caulfield, Jared Stein, and Jim Doran on Brad Efford’s The Play-List blog. Here are three people who are not part of the UMW community per se, but who just might want to contribute a song or two to the Play-List on a lark. I’m not saying they would be regulars, nor am I saying they can’t comment—cause they can and they did.  But they can’t author their own thread because to become a member of that blog they need a UMW email to get an account (we have sign-ups limited to the umw.edu email domain).

This same issue came into focus a year ago when Marie McCallister was interested in opening up her Eighteenth Century Audio site to people from the Librivox community and beyond–we nixed it because there was no real way to allow users to be added to her blog without über admin intervention. So, I didn’t think much of it and went on my way.  Then more recently Philipp Schmidt asked me during the Mozilla Open Ed seminar if UMW Blogs was open and available to anyone, even folks outside of the UMW community, and I once again said no.

Ive’ been thinking about this recently, in part because D’Arcy keeps the great UCalgary Blogs wide open for anyone to sign-up for an account (and his work around for Splog prevention makes this that much more possible on the admin side). So, I got to thinking out loud, “What the hell is going on here, is UMW Blogs really open? What are we BlackBoard or something? Pandering to the term open, but slaving under the idea of ‘membership’ in the form of an institutional email?” I punched the wall, I banged my head against a stand up mirror and bloodied my forehead a bit. Hell, I was getting ready to do a G.G. Allin before Martha, Andy, and Patrick piped up and suggested that this would invite some issues.

What if the membership explodes and we can’t handle the onslaught?

Would this be an issue? I’m not so sure it would, and I really don’t think the membership would explode, but I do think that others would be able to join sites who aren’t necessarily part of the institution. It would also allow alumni to join the community without being manually added or forced to go through someone to get an account.

The other issue is that we have a whole lot of plugins and and we allow embed code in posts and pages, possibly putting us at risk code-wise.

I’ve heard this from the very beginning when we started using WPMu, and I still haven’t run into any major issues 3,000 users later.  Am I just being naive, or is this concern over emphasized?

We might put the whole experiment at risk if something goes wrong.

Maybe, but my feeling is that if it’s so fragile then maybe its value is purely surface. Maybe it needs to die so that it can resurrect itself from the ashes outside of the institutional logic of fear and one strike and you’re out mentality. And to be fair, this isn’t the administration saying this, mind you, this is a larger cultural mindset we have all inherited as if by osmosis. And I am quite certain this idea would be killed long before anyone in power heard about it.

All that said, I am leaning towards UMW Blogs being opened up further, but I have to acknowledge and admit I don’t really have that much “control” over UMW Blogs anymore, and whether I think it should or shouldn’t have open sign-up might not really matter much. The fact is that UMW Blogs has become bigger and more successful than we had ever imagined, and while it is still the most kick ass system ever, I wonder if we aren’t starting to settle in on that idea a little. UMW Blogs should really be an interim step to the Personal Learning Environment, an idea of training wheels for social media (as Andre Malan so brilliantly frames it in his recent post here) that will come off! That, in fact, must come off at some point. What is UMW Blogs if not simply a step towards something else? Why are we so jealous about protecting it, let’s burn it down and build it anew.

Now, Marth Burtis suggested that we take some kind of middle ground and create a plugin where users can actually invite and add authors from outside UMW Blogs into their blogs to author or even create their own sapce—a kind of sponorship of “outsiders.” I think this is a far more rationale approach, and actually puts the power of opening up the community in the hands of the various individuals that make it run. This is a plugin/feature that we should develop, for we need to start thinking of this as network that both relfects UMW, but also all the various individuals and their networks and relationships that move beyond it.  And if that doesn’t work, then we need to really focus more diligently on the syndication bus and encourage everyone to get their own spaces on the open web after they’ve had the training wheels on for a year or so.

This entry was posted in UMW Blogs, wpmu and tagged umwblogs, wpmu, wpmued. Bookmark the permalink.