#tic104: Mapping Collaboration through the Wiki 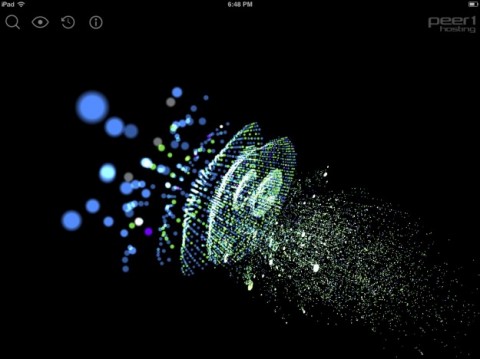 A few of the things I’ve been really impressed with while teaching the Internet Course this summer is how the class has gotten into a rhythm, taken responsibility for their projects, and worked collaboratively. The collaboration is nowhere more apparent than in the class wiki. It’s an old school MediaWiki install loosely tied to the course aggregator blog with a simple link, but in terms of  this class it has become the shared space for building out each week’s project. We could have used Google Docs, and so many do, but I always feel like Google Docs s jsut Word online without the email attachment, it’s not necessarily the web.

You can see the way they used the wiki for organizing week two’s timline (the actual timline’d in action over here). Same goes for the wiki page where they planned week three’s HTML resource page (see the HTML page here). And once again week four’s currently under construction project that will be mapping the social impacts of the internet.

It’s really been cool to see how the amazing work Ryan Brazell and Sue Fernsebner did with the Taiping Civil War site has impacted my class. Jessi Clark, who is one of the directors this week, was a student in Sue’s course, and she made the compelling case in this post—and the subsequent comment thread—why mapping the social impacts of the internet using the Google Spreadsheet Mapper could help understand the broader, global impact of this technology more clearly in time and space.* What’s more, she understands that this is just the beginning of a project that students in future sections of the Internet Course can build upon—an approach all three projects have built into their design. The culture around this stuff an UMW is based on a horizontal, collaborative community, just like a good wiki 😉

We already have three solid projects about the internet’s history, how it works, and the social impacts, and the class is currently working on a fourth and final project. Something we’re referring to as “Back to the Future,” a project that uses clips from a variety of Hollywood films to examine how the future of internet has been framed for us already through film history.

So, not only am I thrilled that the class is taking ownership of their learning and collaborating to build resources beyond the course. But I am also thrilled they’re doing this in a wiki that maps their collaboration on all of these projects and provides an artefact of their learning. It makes me excited to finally get my head around the Smallest Federated Wiki Mike Caulfield has been writing about so compellingly as of late.

This entry was posted in The Internet Course and tagged tic104, wiki. Bookmark the permalink.

1 Response to #tic104: Mapping Collaboration through the Wiki