I got a Raspberry Pi 3 recently in an attempt to get some Windows emulation going in preparation for an exhibit about the 90s web at the OWLTEH conference. I am playing with the emulation software QEMU, and I have gotten DOS running smoothly, but still working on Windows 95 and 98. Tommaso has been my partner in this adventure, and I have to say he is really into this stuff. I told him once we get the emulation working he can check out the original Doom and Duke Nukem for the 90s PC. This sent him over-the-top with excitement given PC gaming for him is the end-all-be-all of existence. We currently have a PS4 and a Switch, but the siren’s song of the professional PC gaming machine is powerful in casa bava. That said, I tried to impress on him that the Raspberry Pi 3 is by no means a gaming machine with little success.

Anyway, Tommaso has been cheerleading me through my struggles with QEMU, as well as reminding me I’ve made some promises. When he realized I was a long way from home he finally took matters into his own hands and pointed me to this tutorial for getting Doom running on a Raspberry Pi. Needless to say, it worked seamlessly and he has experienced the original Doom in all its 640 x 480 resolution glory. We tried a similar process for Duke Nukem 3D using the RetroPie Setup but got tripped up, so that is a work in progress. Playing with the Raspberry Pi to re-create old computing scenarios has been a more than welcome diversion; I’m not sure my exhibit work is as far along as I had hoped, but the time with Tommy playing Chocolate Doom on the Pi is no small consolation. 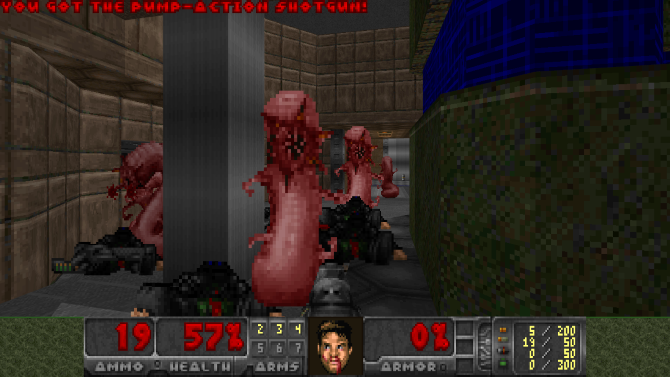