While writing my last post about The Wire, It struck me that the epigraphs for each episode might make for an awesome twist on the Troll Quotes assignment. So, be the badass that I am, I created a new assignment called titled Triple Troll Wire Epigraphs. Here the description:

Take an epigraph from one of the episodes and attribute it to another, related figure. Finally, adorn the quote and author with an image of a third character from the series. This way, nothing about your image is correct, and you’re trolling fans of The Wire with all three characters at once.

So, here is my take on the epigraph from episode 2, “The Detail:” 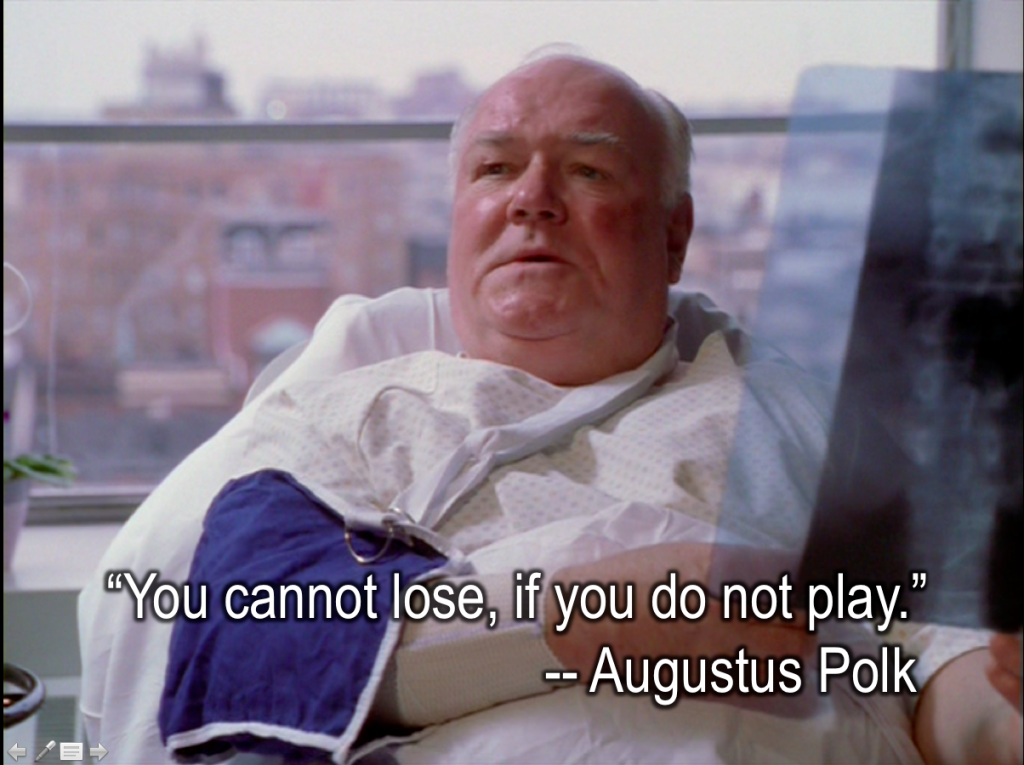 I kind of like the way Marla Daniels‘ profound advice to her husband to stay out the game can be re-casted for the veteran cop Patrick Mahone, and his partner Augustus Polk, who are incapable of really playing the game anymore. This stuck me when I read Joe Murphy‘s tweet about the play with these characters names:

The slacker Irish cops in The Wire are named Polk and Mahon. Cheap joke, but I love it. Are there more symbolic names? #wire106 #ds106

Polk and Mahone or pogue mahone, which is Irish for kiss my ass. Man, it just keep getting better 🙂 I actually have a brand new computer so I don’t have any applications but the Office suite that came pre-installed. So I fired up PowerPoint, typed the epigraph in Arial font, and inserted an image of Mahone big enough to fill the entire slide at high resolution. I then sent the image to the background behind the text. After that, I formatted the white text to have a black aura around it so it could be read easily. That’s it, dead simple. Two stars, thank you! 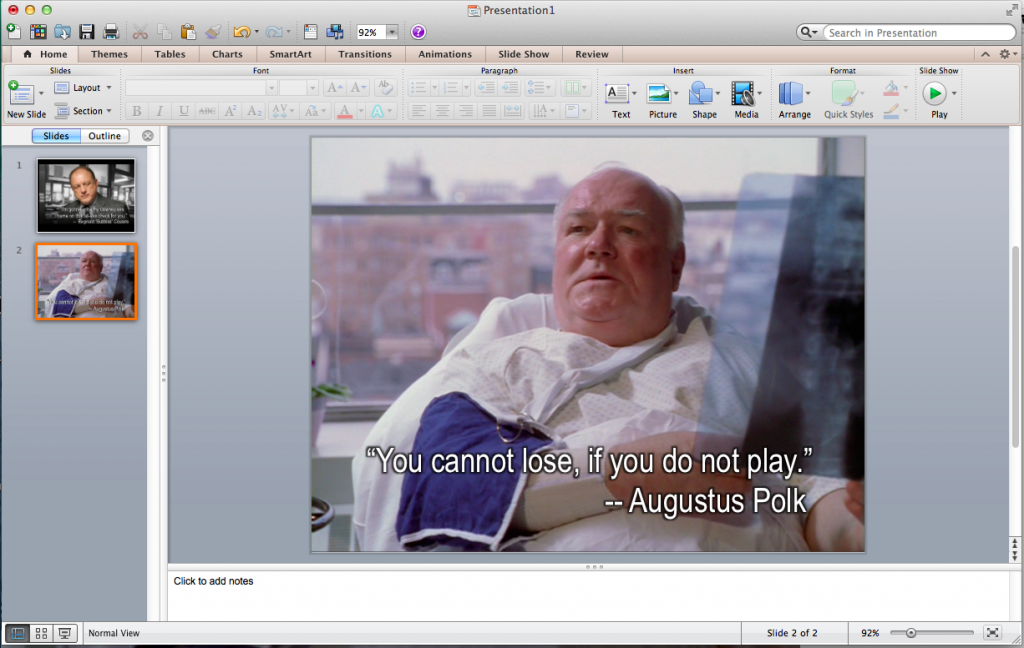