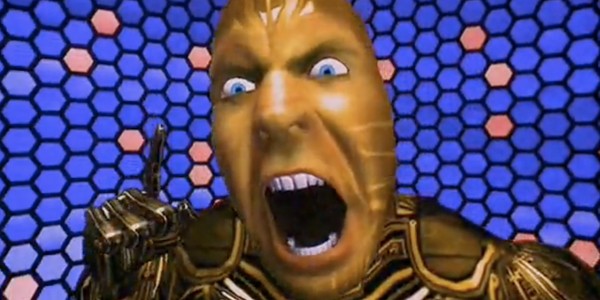 Since I wrote a post last month about agile edtech, I’ve been thinking and talking with Tim Owens a fair amount about what a virtualized sandbox for DTLT (through something like Amazon Web Services) might look like. What would it mean for our group to have the ability to fire up a variety of server environments and corresponding applications (such as EdX’s MOOC platform) in minutes? As Tim noted, this could be the next chapter of the BlueHost experiment UMW’s DTLT embarked on a decade ago now.

I knew I’d read about these virtualized environments sometime last year on Brian Lamb’s Abject blog, and after a bit of digging  I found his “The squirming facts exceed the squamous mind” post in which he points to an approach, with prodding from Boris Mann, that might provide another way of thinking about deploying applications within educational environments.

A couple of days after Brian wrote that post, Stephen Downes OLDaily’d it, noting the following:

The old hack stack is and was called LAMP – Linux, Apache, MySQL, and Perl (or PHP). But these days servers are constructed in environments like Ruby on Rails or Django and services are often plug-in, hosted elsewhere and accessed via APIs, like MailChimp for mailing lists or Amazon Web Service for data hosting. Now LAMP itself is and was a viable alternative to large enterprise computing, the sort of environment you would set up for an institutional LMS….for full-service startup sites class2go the new stack is great. For institution-strength LMSs supporting services like Desire2Learn’s new Binder application, enterprise is the way to go. Just in the same way for groups and activities, Facebook and Twitter and other social networks give people what they need. But for personal computing, I think I’m still wanting my own server and my own applications, using but not depending on these online services.

Downes gets at the fact that depending on what you’re trying to do your mileage may vary with each of these approaches. It’s not all-in with either, though the LAMP stack becomes privilegedwhen it comes to ownership. That said, given UMW Domains provides a LAMP environment to anyone who wants to “own” their server and applications at UMW, that option is up and running. The next thing we’d like to explore is cloud-based server environments so that we can start experimenting with what’s possible there.Tim has already done some of the early forays. What’s more, we’ve been in discussion with both purchasing and IT about these possibilities and they’ve been really receptive. We’re also hoping to get a rep from Amazon out to us sometime soon to demonstrate whats available in this space more broadly. One example is Amazon S3 storage for all Domain of One’s Own users? Or maybe a the open source forum Discourse if folks want to play with that?

All this talk started me down a path of thinking about the next steps for OpenVA. We had our first call this week in a long while, and we’re turning to the confernece this Fall. One of the ideas I threw out there was to frame it around the theme of “Building an OpenVA.” What would it look like if the various colleges and universities around Virginia worked together to build a shared infrastructure with the possibilities of virtualized environments?

What am I talking about here? What if UMW, through a virtualized server environment, could seamlessly share various packages (or images) of our UMW Blogs environment or our Domain of One’s Own environment to any other VA school to use? What if other schools did the same? What’s more, could we begin to imagine a broader solution for shared hosting and adminstration as a consortium across schools so that we could truly start collaborating? It’s still a pipe dream of mine to enable Virginia’s colleges and universities to openly expose, through serendipitous juxtaposiiton, the broader life of the mind happening across the state of Virginia. If you think about what Domain of One’s Own did for UMW when it came to syndicating distributed nodes into the Community site, what might that mean at the scale of the state? A full-blown open platform for ALL of Virginia’s public higher education institutions. What’s more, the open publishing element would be just one of the many heads wielded by this beautiful internet-powered hydra! It might be a fool’s errand, but I’ve never not been a fool.

This entry was posted in dtlt and tagged AWS, dtlt, openva. Bookmark the permalink.