Wildcats Rise from the Ashes of Camp Fire 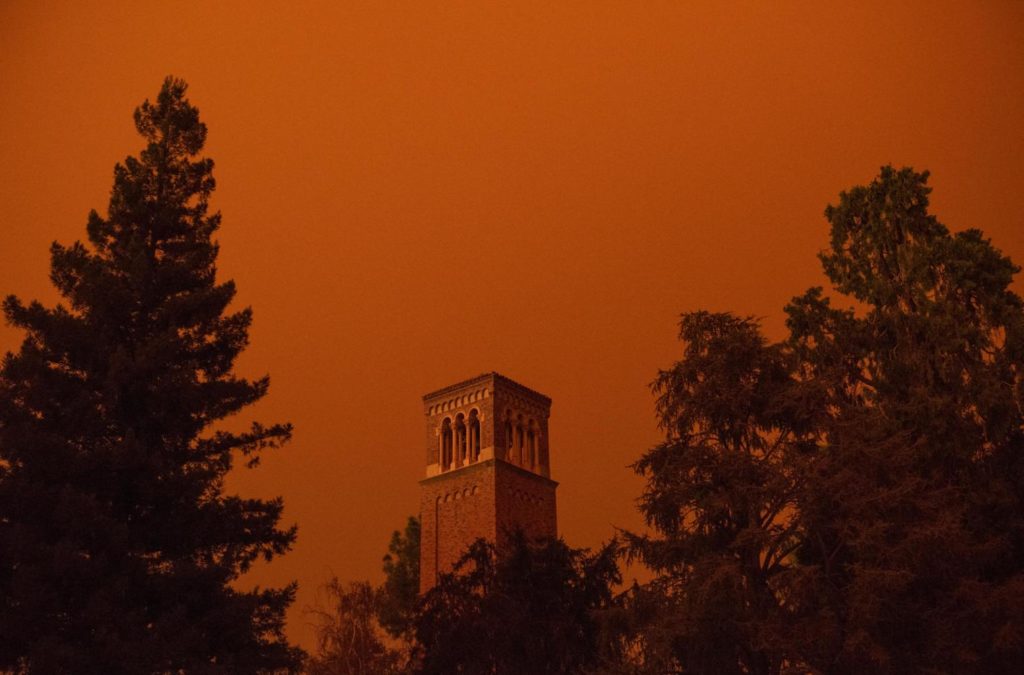 Heavy smoke creates an orange glow in the sky over Trinity Hall as the Camp Fire, which started near the community of Pulga in the Feather River canyon carries smoke over campus to create a red haze on Friday, November 9, 2018 in Chico, Calif.
(Jason Halley/University Photographer/CSU Chico)

News of the massive devastation caused by the Camp Fire in Northern California may have taken back seat to the federal government shutdown and imaginary walls built upon the ideological quicksand of fear-driven politics, but the devastation Northern California has experienced since August is alarming for all sorts of reasons: environmental, political, professional and personal.  All those levels matter, but I freely acknowledge I’m in no position to talk about the environmental or political levels, but on a professional level the California State University system has been early adopters of Domain of One’s Own under Michael Berman’s leadership at Channel Islands. What’s more, the experimental pedagogy of Kim Jaxon at Chico State has been a big reason why Chico adopted Domains over a year ago. They’re one of several schools that have been piloting the possibility of hosting for students and faculty, and it’s always encouraging to see large state universities invest in exploring possibilities when it comes to edtech. So in many ways that if the professional context for us wanting to help the staff, students, and faculty effected by Camp Fire. 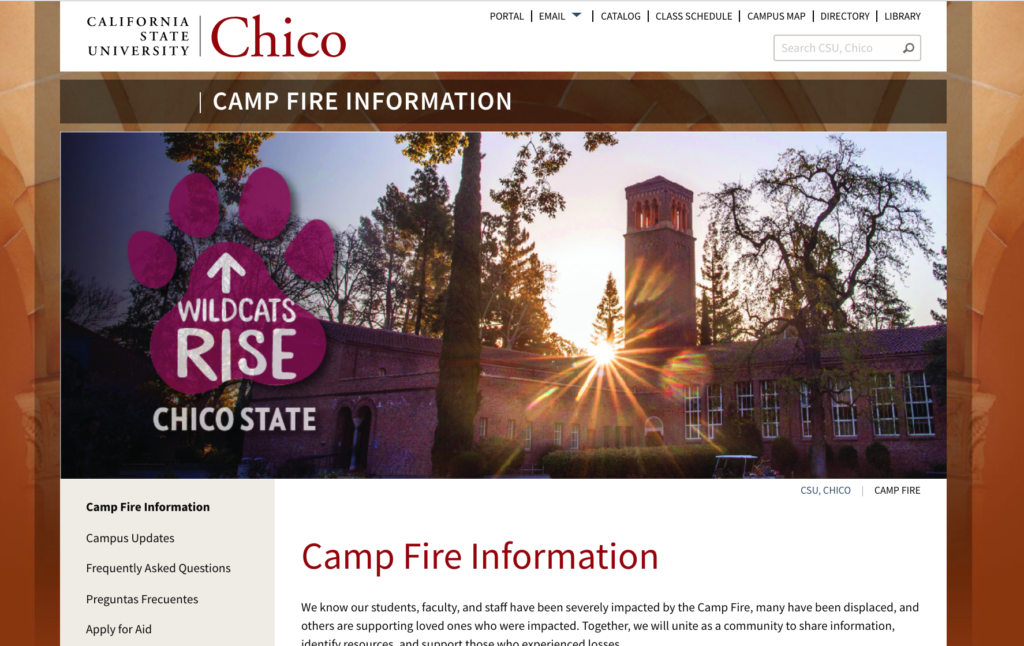 But on a more personal level, I have family living not only in Chico, but 40 miles northwest in Red Bluff. I have fond affection for that part of Northern California, and I was already deeply alarmed when the Carr Fire ravaged the Redding area in August. For context Redding is 30 miles north of Red Bluff and just 70 miles north of Chico, and that fire tornado during the Carr Fire was just prelude to the utter devastation of the Camp Fire three months later. I found myself calling my brother and his family again in November making sure everyone was safe (luckily they were). So, while I am many thousands of miles away, both the Carr and Camp fires were too close to home. So, when we reached out to the good folks at Chico about how we could help they pointed us to the Chico State’s fundraiser for those impacted by the Camp Fire called Wildcats Rise. Donating was the least we could do, and I was glad to see they’re closing in on their goal.  So I figured before retiring for a bit to enjoy the holidays with friends and family it might be worth sharing the link to the Wildcats Rise Fire Recovery Fund for any and all who are willing and able to help. 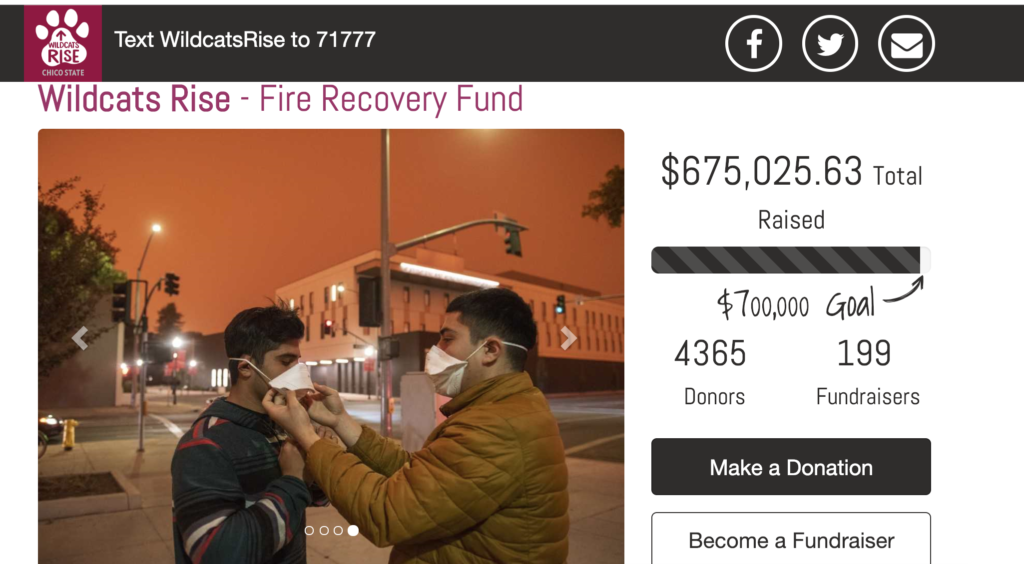 1 Response to Wildcats Rise from the Ashes of Camp Fire