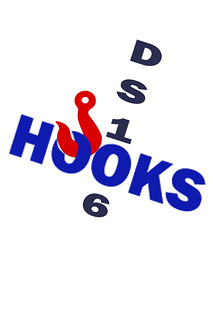 Getting locked into the warp speed that is ds106 quickly reminded me why this the best class in the world. Ever 😉 We are starting to ramp up the course by getting more familiar with we post and connect across various social media spaces, such as the personal blog, Twitter, Flickr, and Known. This week also saw the introduction to the Daily Create, which UMW internauts have taken to like moths to the flame. I really love the work folks did so far for just about prompt, such as the logo create, the well-known story as transit map, drawing your internet, and Calvin Ball. There is no shortage of creativity in this crew. And despite the fact I said if you took 10 minutes to do the assignment you took too long, most folks invested themselves in what they were making.  I can’t thank Mariana Funes enough for keep things rolling so smoothly on this front.

I only did three out of four of the Daily Creates this week, so I stumbled a bit.  I did the Calvin Ball, Protest Blocker Book, and today’s Techfession. They’re all embedded below: 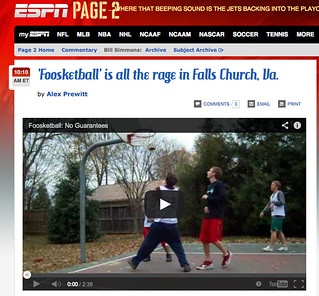 Foosketball is a sport that has ds106 roots

Foosketball:
A sport created by and for the Gods, combining football, basketball, and ultimate frisbee. Like in ultimate frisbee, a player cannot move with the ball. However, instead of a frisbee, foosketball is played with a football and instead of crossing an endline, a team must shoot the football into a basketball hoop in order to score a point.

It must be noted that in foosketball there are no guarantees. This refers to the difficulty of the game, most notably that even the easiest of shots can rim out due to the sport’s epic and intense nature. – www.UrbanDictionary.com definition

Actually, Fooseketball is an interesting mashup because it was actually dreamed up by Wesley Clark, a student who took ds106 back in the Fall of 2010. He did a video on the game his friends created in Falls Church for ds106, and it got picked up by ESPN that semester. Crazy of the implications of creating and sharing. Here is the full video:
www.youtube.com/watch?v=gSAkXJgvBk4

TDC #2: What book would protect you in a protest? 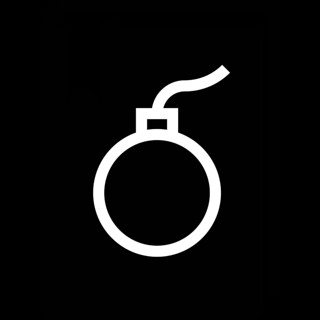 I went to Noun Project for this one, because I needed quick and easy, and I also want to start getting this site out there for folks because it is so awesome, and starts to get at the idea of using other people’s work but attributing in kind. So here is my bomb book, bang on that fascists!

This is my quick creation for today’s Daily Create: “What book would protect you in a protest?” I took this assignment literally. I dare you to hit the bomb book 🙂

I did this in GIMP, it was pretty easy. Opened up the book as one layer, the bomb as another, and invert the color on the bomb and voila!

Y U NO SMARTPHONE
I guess my techfession would be the fact I have no owned a cell phone or smartphone outside a burner I use on occasion when I travel. My partner and I have had three kids and lived in NYC and Freddy and have never had a ,mobile device besides a laptop—if that even qualifies. It was mainly for lack of money throughout grad school, but recently has become a defining personal characteristic. People can;t fathom I don;t have one, and I find that equally as unfathomable. I amy get one at some point, I have flirted with it recently, but for now I find it’s the new black not to have a smartphone. I am free, at least when I am not teaching #ds106 #4life 🙂

Summarize an episode of The Wire using GIFs
My seven GIFs below, and here is my write-up.

This is my attempt at the “Summarize A Wire Episode In GIFs.” I chose to pull six (actually seven) animated GIFs from episode 5 of Season 1 of The Wire: “The Pager.” It’s one of my favorite episodes because the theme of being watched and a more generalized sense of paranoia creeps into the episode constantly. The cops are finally up on the wire, and Avon Barksdale seems to have a sixth sense about it. In the opening scene he reminds Wee-Bay of their reality given they control the drug trade in West Baltimore.

And the cops aren’t the only reason they should be paranoid. This is one of the earlier, if not earliest, episode where we hear the refrain: “Omar’s coming!” As we all know, “the cheese stands alone!” —and he’ll be coming for Avon soon.

There’s a lot of warnings in this episode, and I found an interesting parallel between Omar’s raid on the East Side stash, and the young hopper’s in the pit calling the warning for “5-0” that Stringer Bell and D’Angelo hear while talking about there being a snitch in D’s ranks. Again, this constant sense of being watched, betrayed, and generally under someone else’s control.

I love this seemingly throw away scene when McNulty says “School’s out” as he sees the kids heading home while staking out Omar’s pad. He then remembers to call his ex-wife about his kids’ weekend visitation, while one of the neighborhood kids picks up on the cops presence and reports back to Omar. So many small, perfect details to reinforce the theme of being watched without driving them down your throat.

Possibly one of my favorite scenes in The Wire is when D’Angelo goes out to dinner with his baby’s momma, to use the parlance of our times. She notes he didn’t push hard enough to get a better table away from the kitchen door, and as she finishes he’s spooked by the waiter behind him. Not only demonstrating D’Angelo’s “soft,” but also suggesting his discomfort, bordering on paranoia (although not seemingly misplaced), with the race/class-driven logic of the system.

I love this one between Sergeant Jay Landsman and McNulty because it’s an allusion to Sidney Lumet’s 1981 NYC cop film Prince of the City. Interestingly enough, the “protagonist” of that film, Danny Ciello, turns state’s evidence on his fellow cops because of his guilt over the institutional corruption. Ultimately he’s torn apart by his choices and can’t trust anyone—in effect becoming paranoid. The tagline of the film: “A cop is turning. Nobody’s safe.” Also, it was Lumet’s attempt to make up for his two-dimensional portrayal of cop corruption in his 1973 film Serpico—so much potentially layered into a throw away line.

Finally, as a bonus GIF, D’Angelo relays the whereabouts of Omar’s partner Brandon to Stringer Bell. This is a moment that leads to a whole series of events that reverberate throughout Season 1.

Known
I’ve been playing a bit with my Known this week, trying to get feedback from people how they are liking it thus far. There is some duplicated effort given we are so WordPress-centric, but I have a more extended post I’ll be writing about Known shortly, as well as more specific directions of how we can use it this week. I appreciate Lauren’s candid feedback about the application in the comments on her Known, and I’m looking forward to more from the rest of the wire106ers. This is early days for this application, and we need to figure out how it might work more seamlessly in the workflow of this course.

WordPress
Got all my plugins set and Jetpack fine-tuned. I am actually going to work on getting folks to install their own feedreader this week too. More on that soon. I want the dipping into the open source applications to be a regular thing in #ds106 this semester.

Commenting/Community
“This is the job,” to quote Lester Freamon. Reading and feeding back on other people’s work is what makes this class worth anything. If you’re reading and commenting on posts, engaging on Twitter, and generally present across the various spaces—then you’re doing your job. If you aren’t, well, then you aren’t. I spent much of this weekend reading and commenting on just about everything in wire106, as well as some of the other section’s work taught by professor Jen Polack.

Also, I’m moderating my comments, replying to folks who were kind enough to comment on my work, and generally being a good citizen in this course on the web. You need to be doing this too. That’s the job, and all the details matter. If you’re present in this class across the web then you’re bringing your A-game. What’s great about #ds106, at least for me, is that your contributions are everywhere present online. On the other hand, your absence is equally present. There is no hiding in ds106, your kingdom for a comment.

This entry was posted in digital storytelling and tagged ds106, f14week2sum, wire106. Bookmark the permalink.

3 Responses to Wire106 Week 2: My Kingdom for a Comment