Getting the Bava Band Back Together

I took a quick shot at yesterdays Daily Create, which was make your own damn assignment 🙂 I noticed Terry Greene had suggested creating your own band t-shirt, and I was off. T-shirts are my business these days, so I figured it was time bavatuesdays got a t-shirt! Fact is, before it was a “b” blog, bavatuesdays was divined for dual purposes: both a Mario Bava film fanclub as well as a band name. So, this post is about squaring old debts. 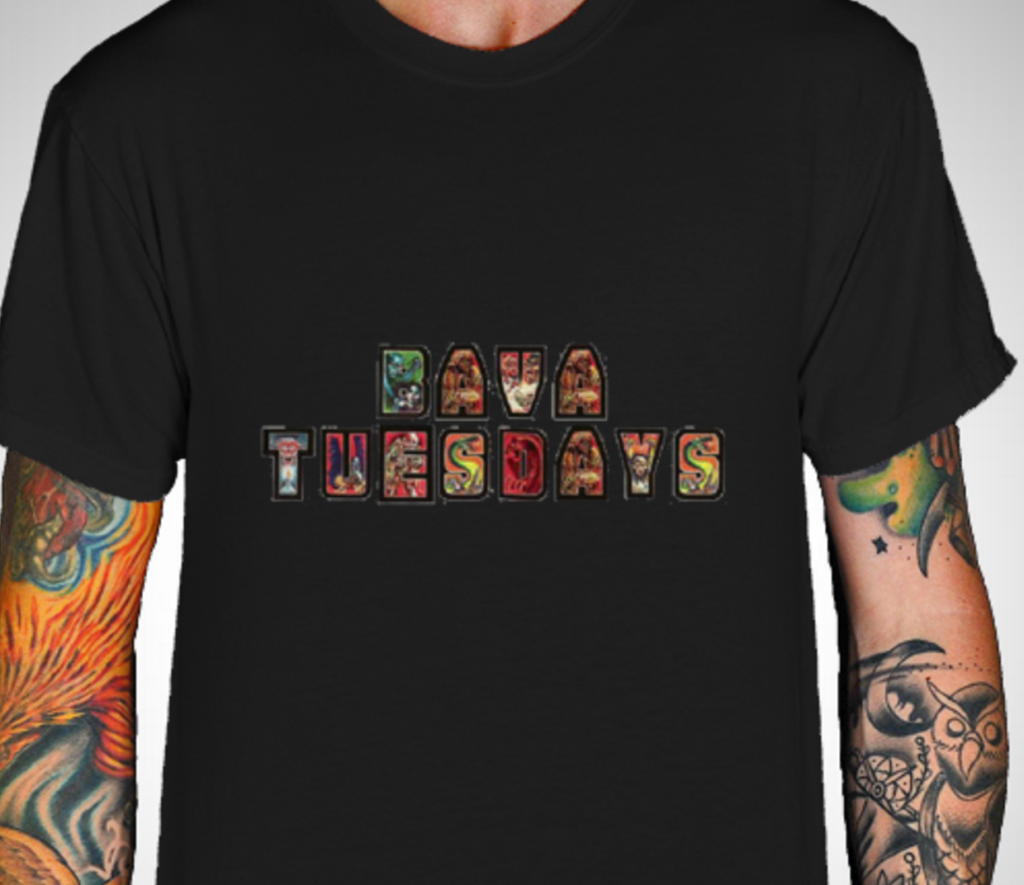 The resolution and detail there is pretty bad, but I actually used a t-shirt generator site rather than GIMP or Photoshop for this one—although I did use GIMP at one point. I’ve played with the idea of using t-shirts for assignments in the Harboiled course I taught with Paul Bond many years ago, and I like the idea of hijacking an e-commerce site for art. Students were asked to use shirt generator sites like cafepress or zazzle to do the assignment. For this one I found My Custom Band Merch, and gave that a whirl. But before I go into that, I needed a design and I had an idea. Many, many years ago I think boing boing linked to a monster letter generator, but I can’t find the original. Anyway, I created a bavatuesdays lettering filled with cool monsters many a year ago and figured that would be a perfect band shirt aesthetic:

Now, I needed to get this onto a black shirt because any self-respecting bava band would use a metal-band inspired black shirt, I mean black shirts rule! In fact, the grandaddy of Metal bands, Black Sabbath, took their name after a 1963 Mario Bava movie titled, you guessed it, Black Sabbath. The things you learn on the bava. Anyway, the lettering was perfect, but it was a JPG which means it carried a white background, and that will not do. So I opened it up in GIMP and used the magic wand tool to select the white area and then used the Select–>Inverse tool to select the letters and cut them out. I then created a new image with a transparent background and pasted the lettering in. From there I exported it as a PNG to preserve the transparent background. Tricks of the trade! 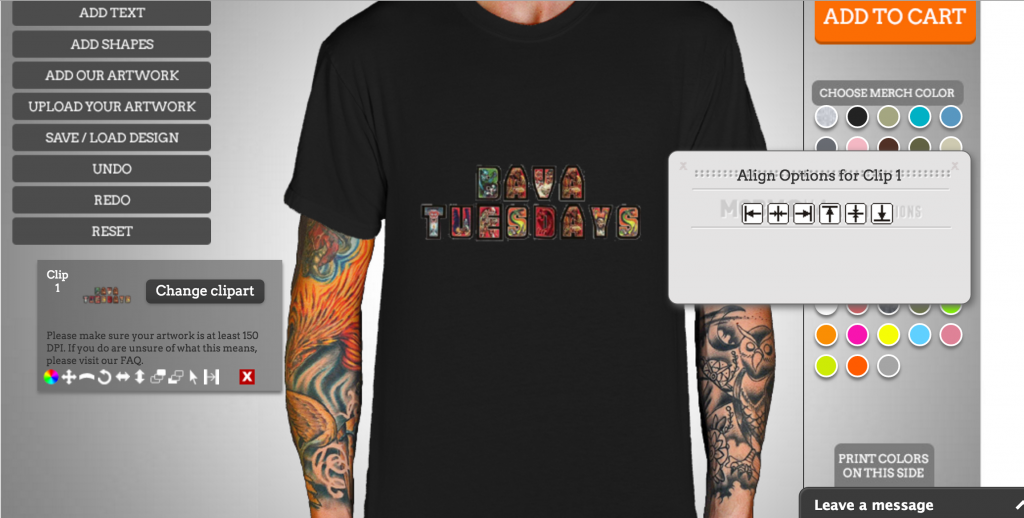 Now I was ready to upload that image onto the simple canvas My Custom Band Merch provided.  I did as much and I got a fairly bad resolution version of the lettering. This was good enough for the Daily Create, I got my point across, figured out the inverse select trick, and was able to Tweet it out in no time at all. And for me that is a successful Daily Create: you have some fun and pick up a trick or two in a tool like GIMP. But, I can never leave a good thing alone, I have to keep pushing. I had the transparent, decent resolution version of the lettering, so I gave the shirt another go, but this time in GIMP. As you can see, the resolution is much better, and it might highlight why an editing tool is probably a better choice for the final version I’ll be selling on this site sometime soon 🙂 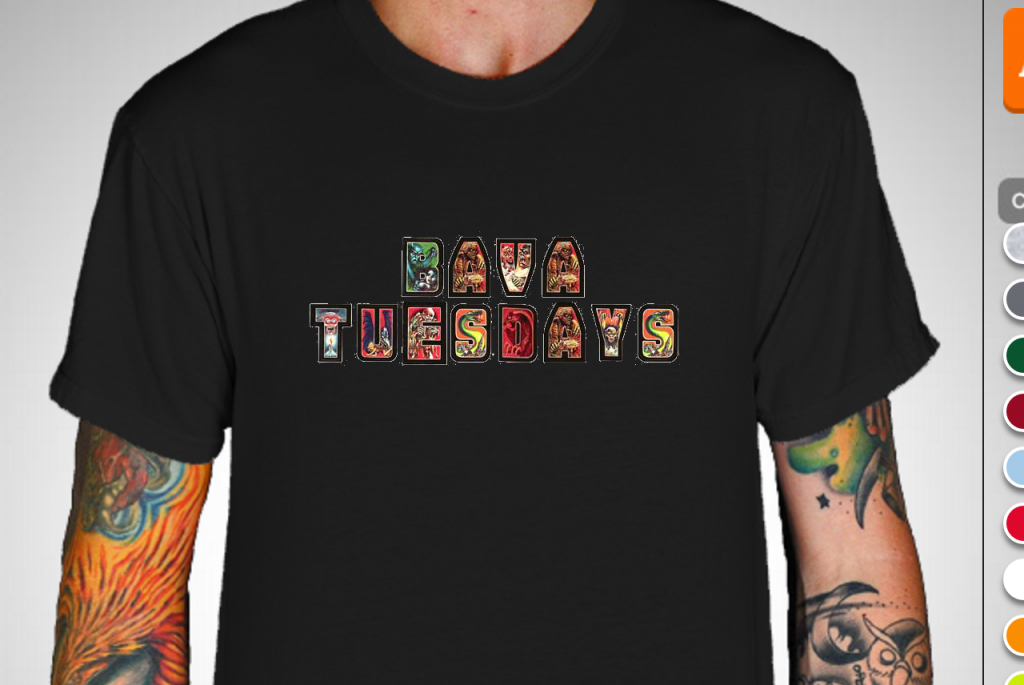 This entry was posted in digital storytelling and tagged dailycreate, ds106, tdc1619. Bookmark the permalink.

5 Responses to Getting the Bava Band Back Together