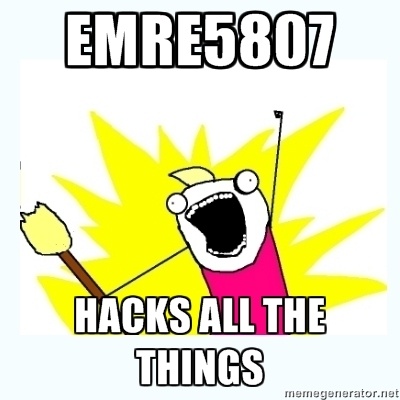 I’m just about finished with Katie Hafner and Matthew Lyon’s 1996 history of the creation of the internet Where Wizards Stay Up Late. I’ve been enjoying it thoroughly, and while I was familiar with much of the general history presented, it’s the details and anecdotes that I find truly compelling. For example, in the first week or two of The Internet Course the term hacking came up as one of those protean terms that has various meanings depending on the context.

What’s more, in early tech culture hacking was associated with innovative approachs to a programming challenge rather than nefarious behaviour attributed to cyber criminals. Hafner and Lyons talk a bit about this when discussing how email, the application which would help popularize the internet, was a hack.

Using the ARPANET as a sophistiacted mail system was simply a good hack. In those days [the early 70s] hacking had nothing to do with malicious or destructive behavior; a good hack was a creative or inspired bit of programming. The best hackers were professionals. Meddlesome and malicious network users, which were virtually none at the outset, were first referred to as “network randoms” or “net randoms” or just plain “randoms.” It would be another decade before hacking would be given a bad name.

I love the early terminology of hackers as “randoms,” it seems much more gentle in its criticism. Whereas hacker paints a much starker image reminiscent of Jason Vorhees with a machete 🙂 I’m hoping a few students from The Internet Course investigate the cultural history of the term Hacker over the past fifty years or so. The term has recently been regaining its original connotation of inspired re-thinking of traditional problems. At the same time it’s also a term which is liberally employed when suggesting technology can fix any and all of our social ills.

There are a quite a few gems like this in this book, and I’m gonna try and blog them before they slip away.

This entry was posted in digital storytelling, The Internet Course and tagged ds106, emre5807, Hack, hacking, tic104, Where Wizards Stay Up late. Bookmark the permalink.