In this Wire 106 video discussion, Paul Bond and I were joined by Nick Randall to look at season 4, episode 3 of the The Wire: “Home Rooms.”  This is yet another opening sequence for the ages—there are so many amazing beginnings in this series. Numerous opening sequences could be masterpieces in and of themselves. This one finds Omar heading to the local bodega to get cereal without a gun and in his pajamas. What’s more, this scene is so memorable that it was recently sweded by wire106 internauts Brittany Scites and Samantha Reutter:

The discussion was pretty far-ranging, and we covered a lot of ground. We focused pretty intently on the state of public education in the US, and a sense of the dispossession and disinvestment that’s being underscored this season. We also cover McNulty’s domestic bliss, the struggling co-op, Dukie as outlier, and just how far removed from reality higher education is envisioned.

One of the real gems of this discussion was something Paul Bond shared at the very end. Bunny Colvin is trying to convince the academic researcher to focus his study on 13-14, rather than 18-19, year olds given the older kids are too far gone already. To make his point, Colvin interviews an older kids which turns out to be an insanely tense and uncomfortable scene to watch given how insanely aggressive and hostile the kid is. Here is the original:

And now look at that same clip with a laugh track from Married with Children:

Crazy how much sound dictates your reactions and emotions. Audio is some powerful shit, not to be played around with lightly 😉 Below are a couple of screenshots we discussed, and that’s just the beginning! 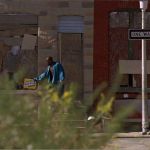 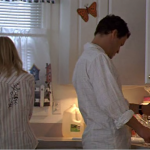 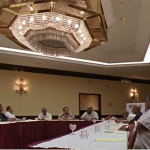 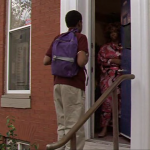 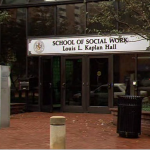 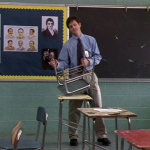 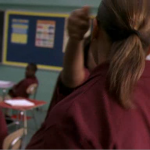