Update: it seems this issue is only happening on Firefox 3 with Mac Intels.  Anarchy Media player is apparently working fine on Firefox 3 for PCs. Go figure 🙂

When putting a series of videos in a post or page with Anarchy Media Player, I get the following bug when viewed in Firefox 3: 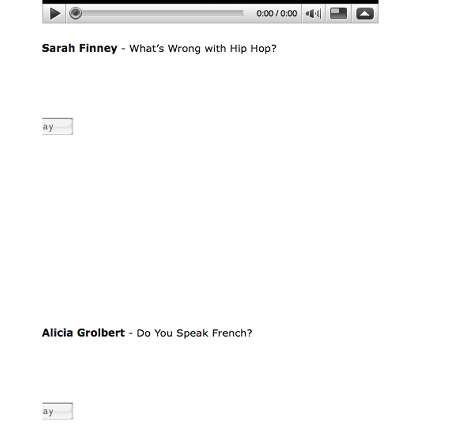 Seems like one or two videos will show up, then the subsequent videos show just a part of the play button, and no sign of the video anywhere. Are others having a similar issue? I tested it on more than one WPMu install, and the same issue occurs in both. Seems like it is triggered when there are several videos in one post.

I also tested it on Safari, where the videos show up fine. Any ideas?