Back to school at UMW (Blogs)

We just finished our first week at UMW—-it was an uncharacteristically late start for us. We are usually in week two or three by now, but I am not complaining because the extra spell before game time was nice. That said, the semester has arrived and UMW Blogs held up beautifully the first week (even though it got clobbered traffic wise). Martha Burtis did a site re-design which looks snazzy. What’s more, Martha re-themed the UMW Wiki to match UMW Blogs, which is something we plan on experimenting with and using a lot more this year. After the upgrade in early August, it seems like UMW Blogs has been rock solid. No downtime, and very little in the way of errors, crashing plugins, rogue themes, etc. The system is tight, and I am not afraid to say it these days. With more than 22,000 unique visitors during week one and over 82,000 page views—all I have to say is bring it on. UMW may be small, we may be relatively poor, but we are scrappy as all hell. What’s more we are open education at it’s best and least pedantic. 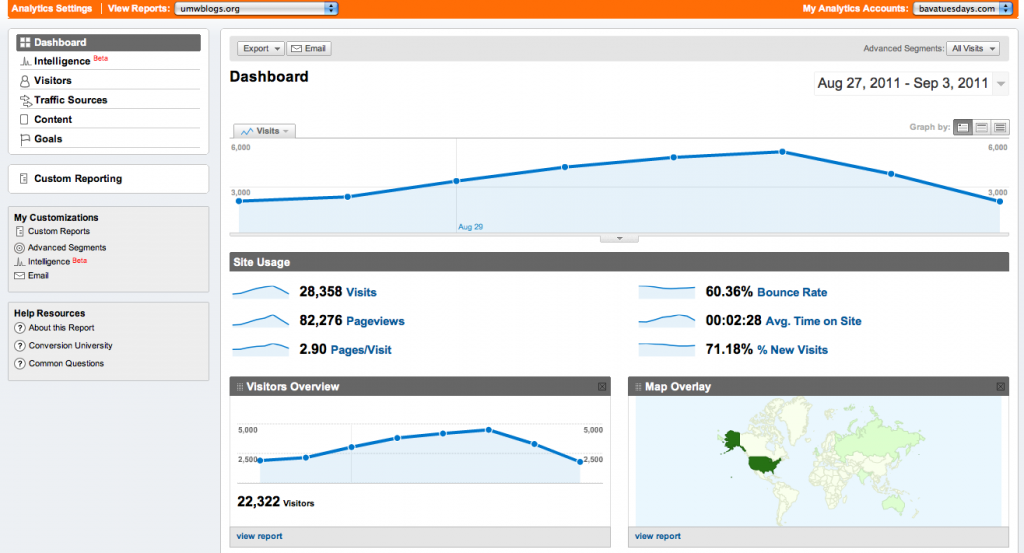 2 Responses to Back to school at UMW (Blogs)