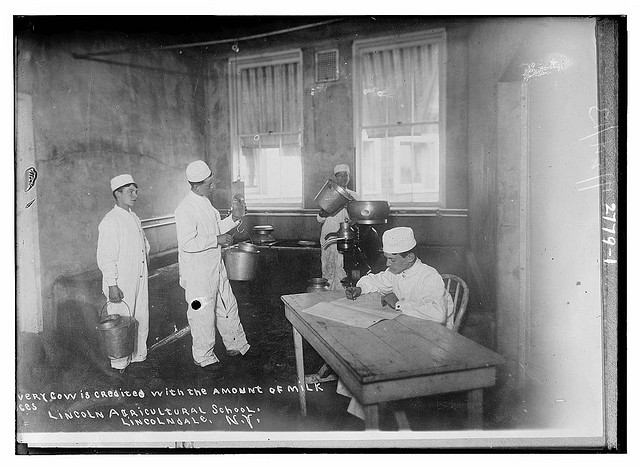 The subtitle of this post is a direct quote from Phil Windley‘s Block chain session at the University API conference. Phil wrote a short post a couple of months ago about why block chain is important, and I had the good fortune to sit in on a more fleshed out discussion on the topic this past Thursday. I’ll admit right away I am in over my head trying to blog about this because I only partially understand it. That said, I’ll use this post to try and write through my limited understanding to see if I come out any the wiser.

What the hell is block chain? It’s a distributed database that stores transactional information for the cryptocurrency Bitcoin. But what Phil pointed out that I didn’t fully realize is that block chain is simply a ledger system that can anonymously track and record transactions without being centrally controlled. In the event of Bitcoin, that would be used for financial transactions, but there is no reason for it to end there. As he noted, it’s important for us to understand because with block chain we have “the only workable, distributed key value store in existence.” What a quote!

We store and use keys for all sorts of things on the web currently. For example, we use key values to log into all those sites we happen to have an account with. Given Phil is deeply invested in imagining new ways of thinking through digital identity management, he suggested during his session that block chain may be one way at tracking and storing our various personal transactions without giving over our credentials to be recorded and tracked by any given site’s centralized “ledger.” So whereas Daily Dot can’t see beyond imagining Bitcoin as a means of “tipping” folks on the web instead of just liking them, Phil is framing this technology as a way to imagine a truly distributed personal identity management system independent of any one company, state, or nation. Interesting in light of the Federal Government’s recent data breach.

I know it’s not as simple as I’m framing it here, and there are all sorts of complexities in regarding how we preserve the authority of a distributed ledger, but the idea completely blew my mind. It gave me a bit more insight to the technology undergirding Bitcoin, and how that is just one of its many potential applications—distributed DNS be another he mentioned.

The idea of finding new models for helping us manage our personal data is becoming ever increasingly more urgent. Just this morning in my Twitter stream I saw that Doc Searls re-tweeted Edi Immonen’s link to a PDF that describes the Nordic model for managing personal data called MyData.

Interestingly enough, MyData frames itself as…

Interesting stuff, these various ideas around managing one’s personal data on the web inform the thinking behind the Personal API.  What’s more they raise some fascinating questions, not least of which the one Tony Hirst surfaced recently in his obituary for Yahoo Pipes!, namely the rise of more tightly control data viz-a-viz the API suggests a broader movement away from anything resembling Nonprogramistan. A healthy reminder lest I get too excited about any future other than the one we lost.

This entry was posted in reclaim and tagged api, reclaim, univapi. Bookmark the permalink.

5 Responses to Block chain: “the only workable, distributed key value store in existence”