Where will you spend eternity?

Later today Reclaim Hosting will be unveiling a makeover of our website that Lauren Brumfield executed quite deftly. I’ll let her discuss the particulars given we’re also rolling out a couple of new products and services alongside the redesign, and I did want to take a moment to talk about our continued exploration of new possibilities. Providing managed hosting for specific applications is something we’ve already ventured into at Reclaim Hosting with WordPress Multisite, and given how well that has gone we’re at it again with managed hosting for Pressbooks (NB: link will be live shortly). We have gotten several requests to run this application on our shared hosting servers, and while we have tried to do this for folks, the dependencies for features like exporting books to formats such as PDF, EPUB, etc. make it difficult to provide a consistent environment across our fleet of shared hosting servers. 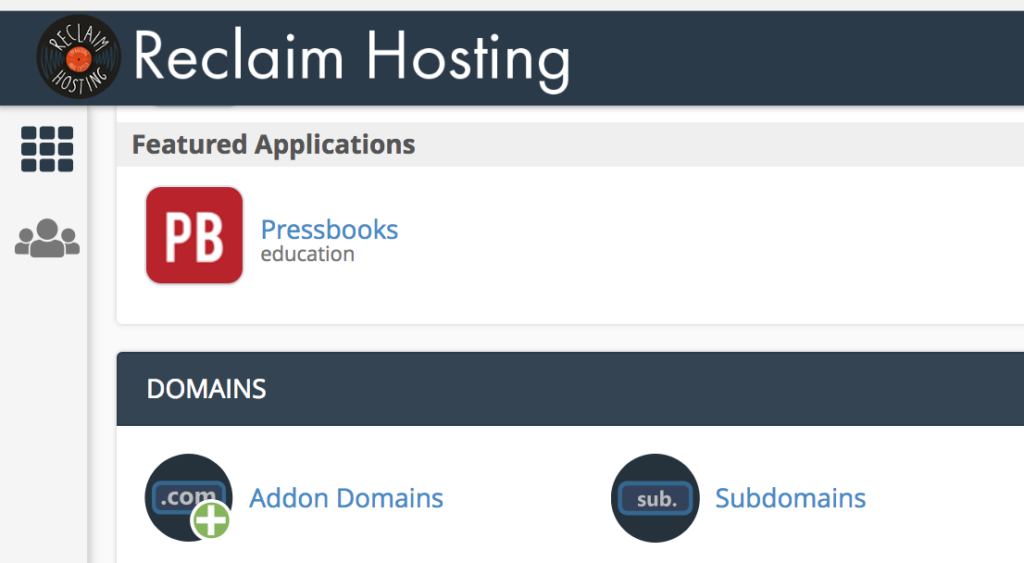 That said, when good folks like Chris Lott come knocking and asking if we can do anything we figure it’s time to take a deeper look and see if we can offer Pressbooks as a managed application. A couple of weeks later it turns out we can provide a service that is cost effective and gets you most of what PressbooksEDU packages offer. For $125 per month you get an account with 100GB of storage, the option to automatically install Pressbooks, preinstalled dependencies and export formats, 30 days of backups, and pre-packaged plugins and themes provided by BC Campus.

As a result of having moved to Digital Ocean, we already have a number of shared hosting server in rotation through Digital Ocean that we can scale seamlessly if need be. So this semester we setup a shared hosting server in Digital Ocean’s Toronto data center dedicated to Pressbooks, namely Built to Spill. The server has all the requisite dependencies and what’s slick about it is that Tim Owens made it possible to automate the setup at the point of sign-up, so by the time you get into your cPanel account Pressbooks can be all setup and ready to go.

The server’s namesake marks a trend of recent server names such as Fugazi, Pavement, Bikini Kill, and Unwound–recognizing the post-punk bands of the 1990s that became one of the more successful stalwarts of independent music over the coming decades was this Boise, Idaho-based band that formed way back in 1992 Even after signing with Warner Brothers in 1995. Listening to their albums it is noticeable that band did not give up much creatively upon signing, and they went on to release 6 studio albums with Warner before parting ways last year.  The band’s magnum opus Perfect from Now On (1997) and the more polished follow-up Keep it Like a Secret (1999) are probably their best known albums, and they range from deep philosophical musings on the unfathomable nature of time in “Randy Describes Eternity”:

Doug Martsch has been the only consistent member of the band since 1992, and he planned on changing the line-up with every album they recorded. And while that did not pan out, the band ha changed members regularly since the early 90s, keeping it a fairly dynamic, “self-cleaning” experiment in alt-rock that is still going strong. I discovered Martsch’s unique vocals and peripatetic guitar riffs when he collaborated with Calvin Johnson and Steve Fisk to form the Halo Benders, and their 1994 album God Don’t Make No Junk remains one of my very favorite of the 90s. I’ve remained a fan of Martsch tireless work ever since. So it’s official, Reclaim is going to be perfect from now on 🙂

This entry was posted in reclaim and tagged Built to Spill, Pressbooks, reclaim. Bookmark the permalink.