Callaloo, Krazy Kat, and ds106 for everyone!

Erica, also know as Palaver, was part of Martha Burtis’s first Summer session ds106 course, and she came in a bit nervous. She wasn’t entirely comfortable with technology, and she had her doubts about completing the class—as everyone in their right mind should. But what has blown me away as I’ve been tracking her work is just how much raw performance talent she has, and how much awesome she brings to her narratives. She has an amazing voice, can narrate beautifully, and brings a wide-range of experience to her works that I couldn’t help but feature her work here.

The first piece I came across, which unfortunately was a bit late for the “Dog Days of Summer” Radio cast by the class, was a 5 minute dramatic reading she both wrote and performed called Callaloo. It is brilliantly written and executed, and it makes me think of Erica as the Afro-Caribbean answer to [Edgar Allen Poe]]. But don’t listen to me, check it out for yourself:

After that, she produced a 5 minute video about Krazy Kat wherein she deconstructs the 1960s cartoon Krazy Kat and Billie Holiday in terms of their messages for young women about love. Not how she performs her interpretation, the way her voice, inflection, and passion make this something more than an abstracted paper about women and media—it is her tale, and there is a common thread be built on from Callaloo.

And finally, for the final in-class assignment she came up with a simple, yet brilliant ad campaign for “selling ds106” which was based on the Levy’s Rye Bread ads “You don’t have to be Jewish to love Levy’s” from the 1960s: 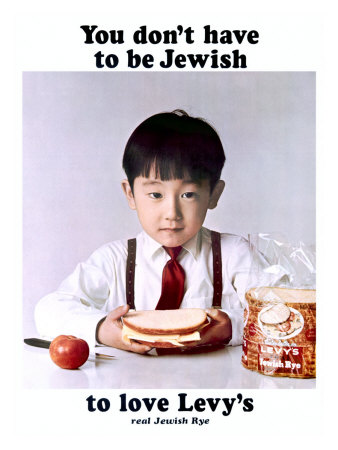 Her ads were reframed for ds106 to say it was not only for life, but for everyone. And while describing her project she went on a little tear about basic literacy, a new way of imagining, and a cornerstone for communicating with one another in this day and age. I was blown away. What’s more, her ads rocked and I want hang them up all over campus! Fine work, Erica, and I really hope you don;t stop telling stories because you are damned good!

This entry was posted in digital storytelling, ds10699 and tagged 99ds106, ds106. Bookmark the permalink.