Can you dig it? Is The Warriors culturally significant?

I have still yet to write about this year’s Faculty Academy, which was amazing and I’ve been trying to build up to blogging it slowly. What makes the process so daunting is what an awesome week last week was. Between a quick trip to Long Island to get family furniture, Faculty Academy proper, some good old fashioned partying, a couple of trips to the Library of Congress, Packard Campus to see Shaft (1971) and The French Connection (1971) (read Grant’s post here), live music, and a trip to DC museums we had an insane week—-a full blown blast. I could try and cover all elements in one post but I would be defeated, so I am gonna try and chip away at it beginning with a rationale of why The Warriors (1979) should be considered culturally significant according to the criteria of the National Film Registry.

Part of the idea for this post is born of my conversation with Donna Ross at the LOC Packard Campus last friday. Donna is an awesome ambassador for the museum, and i was lucky enough to have been invited out to the LOC, Packard Campus last Friday for a tour of the facilities—which are awesome (more on that in another post). We got to talking about various campaigns people have had for getting films on the National Film Registry, such as this push for preserving The Big Lebowski, a.k.a. “Save the Dude.” One of the other films that has had some support recently has been The Warriors—fascinating given it’s the cultural inspiration point around ds106 and ds106radio. What’s more, I spent a good part of my graduate career (and ever since) thinking about that very question as to why The Warriors is a culturally significant film.

Image Credit: Giulia Forsythe's "Can you dig it" animated GIF

In fact, I wrote about films like The Warriors, The Wanderers (1979), Fort Apache, The Bronx (1981), Times Square (1980), Escape from New York (1981), C.H.U.D. (1984) that trace a larger narrative of a narrative about 1980s New York City that told part of its punk/pimp cultural history on film (read a post I wrote on this “Of Punks, Pimps and C.H.U.D.s: Gentrification in NYC as told by 1980s film”). The Warriors would be the best example of this genre because it has become a touchstone for style, a sense of hardcore realism, as well as deeper sense of an underclass in revolt. A city at war with itself, and the emanations of the gangs and their various members has itself become an intriguing abstraction of the horror that is the inner city. A return of the frontier to the inner city, a new sense of order and rebellion. You might use these details to suggest these visuals and the racial integration in Hill’s film is completely fantastical, but then you take a look at Bruce Davidson’s Subway photographs from 1980 (one year after The Warriors was in theaters and you realize the city of The Warriors was either the truth or the subsequent vision. 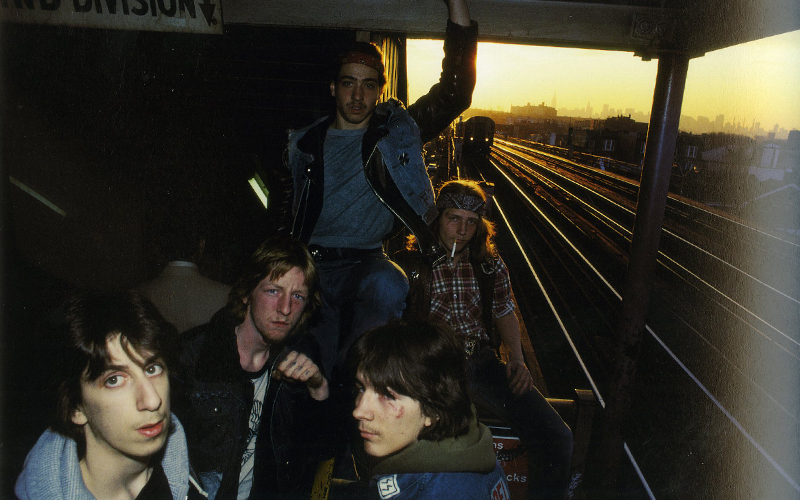 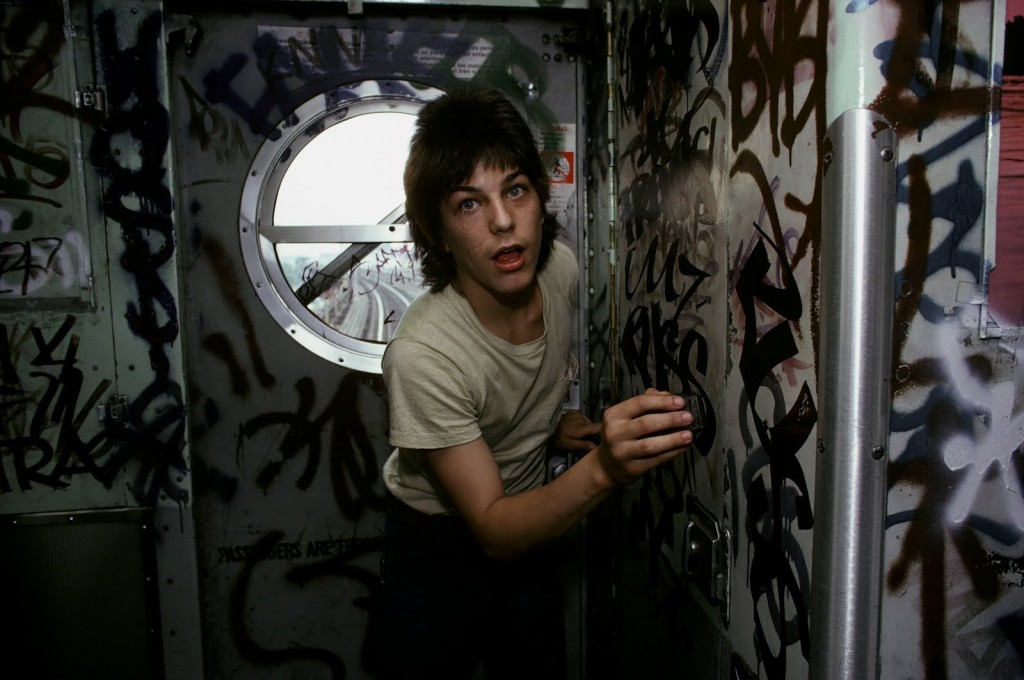 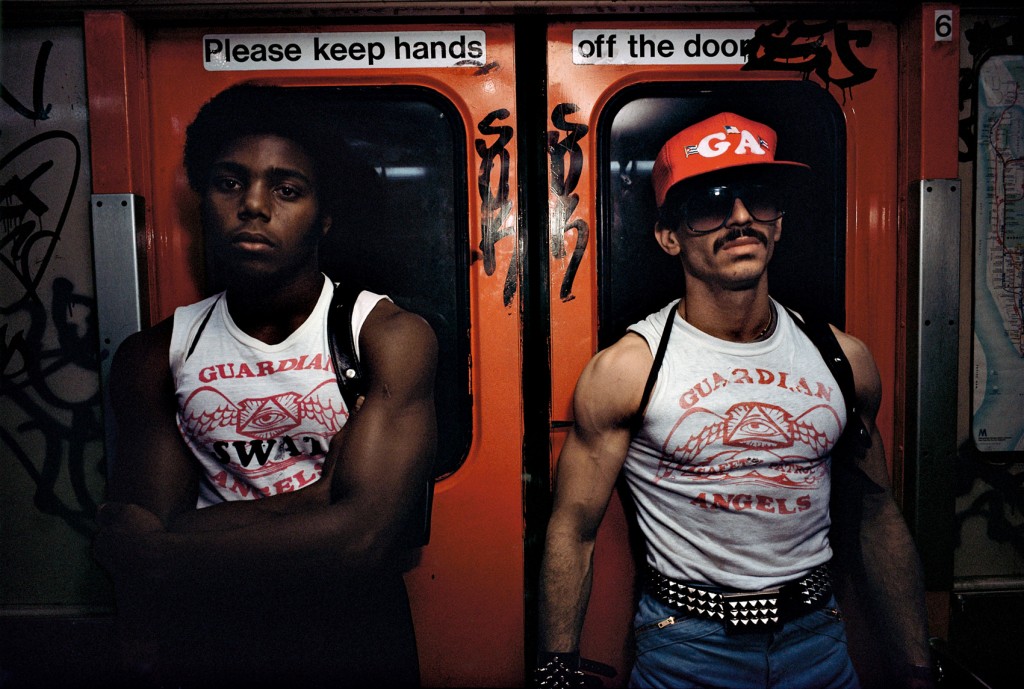 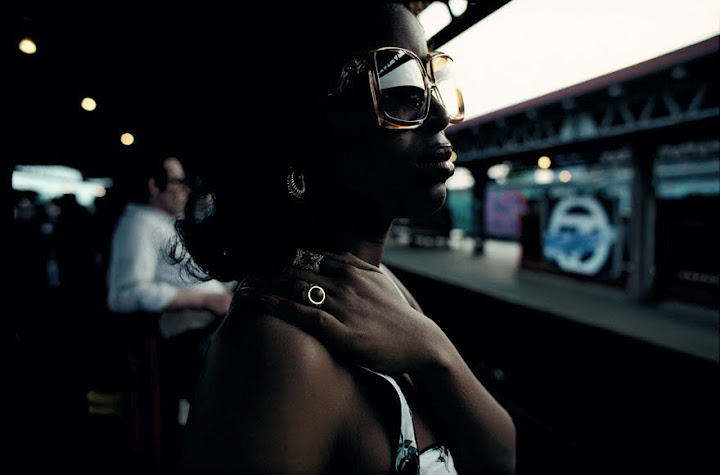 The exhibit featuring Bruce Davidson’s work at the National Gallery was titled “I Spy: Photography and the Theater of the Street, 1938–2010” which eerily projected the very same aesthetic of the NYC subways found in The Warriors. Walter Hill captured a piece of NYC’s streets and the sense of both place, space, and the characters, but at the same time created one of the great action-driven plots of the post-war era. An abandoned gang is hunted by all the city’s gangs60 gang members: The Furies, The Riffs, The Lizzies, etc. All of which created such a lasting impression that the Riffs became the inspiration for Public Enemy’s entourage and a rare situation wherein a film become a successful video game almost thirty years after its made without any talk of a remake (it would have been unconscionable but 8 years ago). Not so anymore, and we have to save The Warriors before it’s original splendor is insulted with a remake. So I need to try and come up with a  campaign for saving The Warriors. I love this mashup of The Ramones and the Warriors on the same subway car. 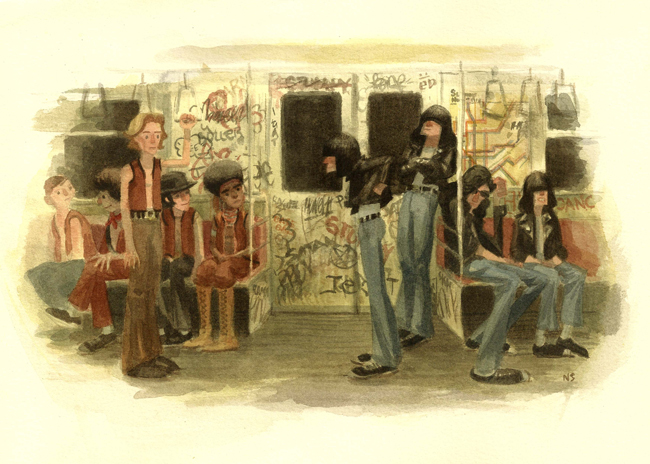 Now that has taken hold in our culture in a big way because our culture has changed to some degree with the ability for us to voice our love of these movies. Can you dig it?

This entry was posted in digital storytelling, moviemooc, movies and tagged moviemooc. Bookmark the permalink.

4 Responses to Can you dig it? Is The Warriors culturally significant?