Riffing on Brian Bennett’s awesome version on the “Graphic Gift” assignment, I downloaded his template and put in the reveal moment for of the classic “The Invaders” episode for a quick three stars (recommended): 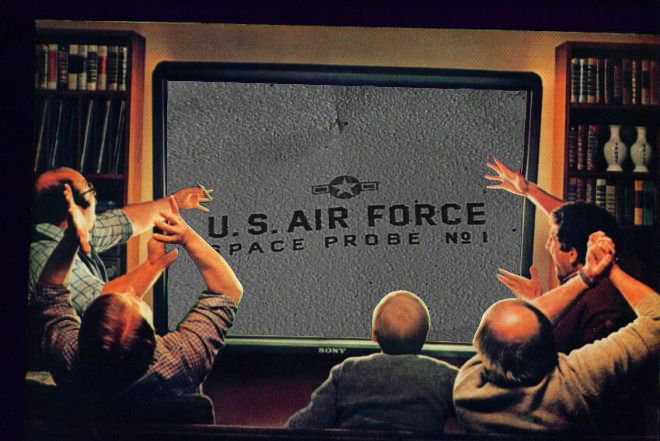 This was pretty simple (standing on the shoulders of giants is allowed 😉 ), I just opened Brian’s clipart-high.xcf file in GIMP, and then imported the screenshot of the US Airforce as another layer.

After that, I dragged the layer with the TV transparency to the top. 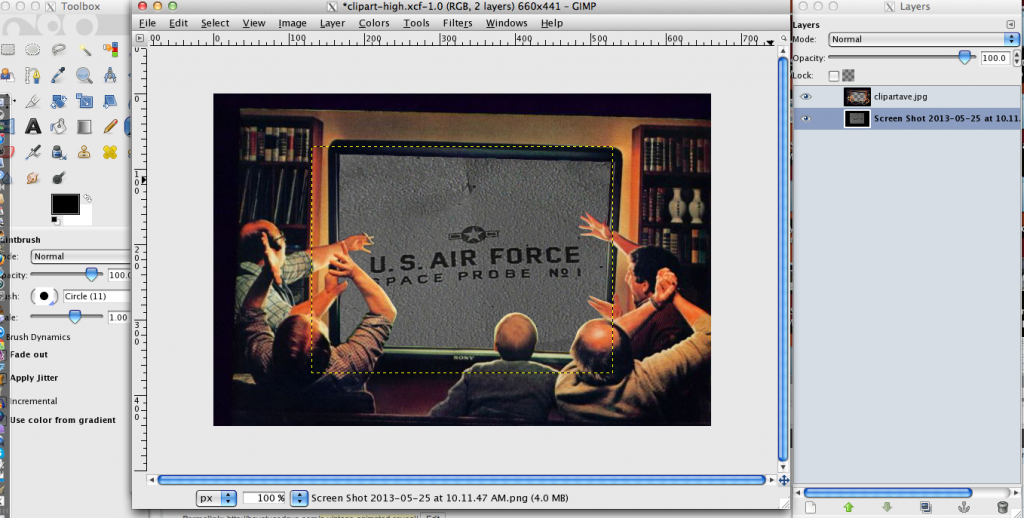 Then, I made sure the US Airforce image layer was selected and scaled it to fit in the transparency area cleanly by going to Layer–>Scale and changin the size dimensions. 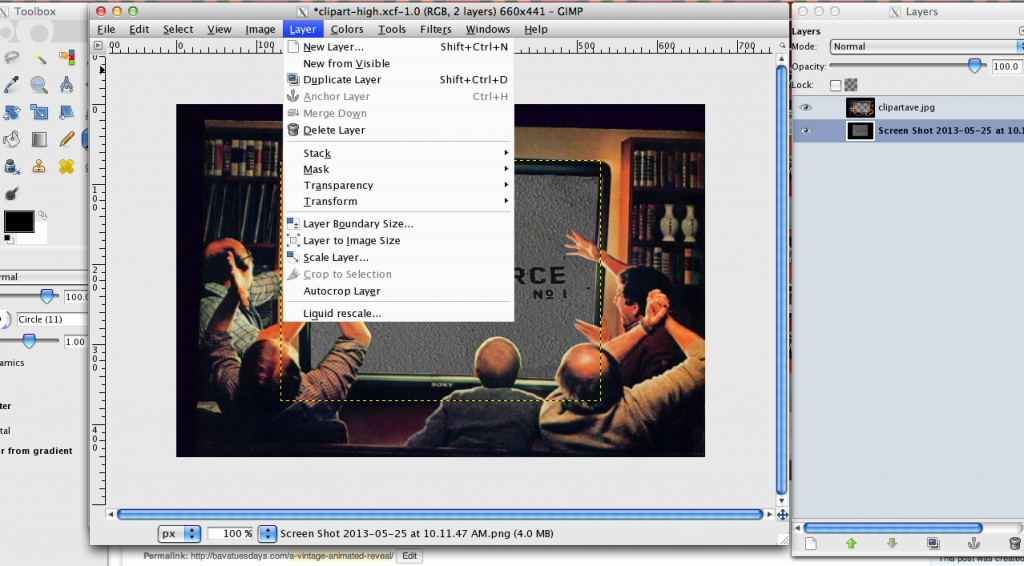 Now, after doing that I got the idea of animating a GIF in that space, which led me to this and earned me 3 and a half more stars (that makes 8 and half counting my “Real-life 8-bit art” submission 😉 I made the following GIF, see how here.

And then merged each of the nine layers of the GIF with a copy of the vintage template layer. Here is what I mean. I duplicated the layer of guys sitting around the TV nine times and put each one above a layer of the alien I animated. 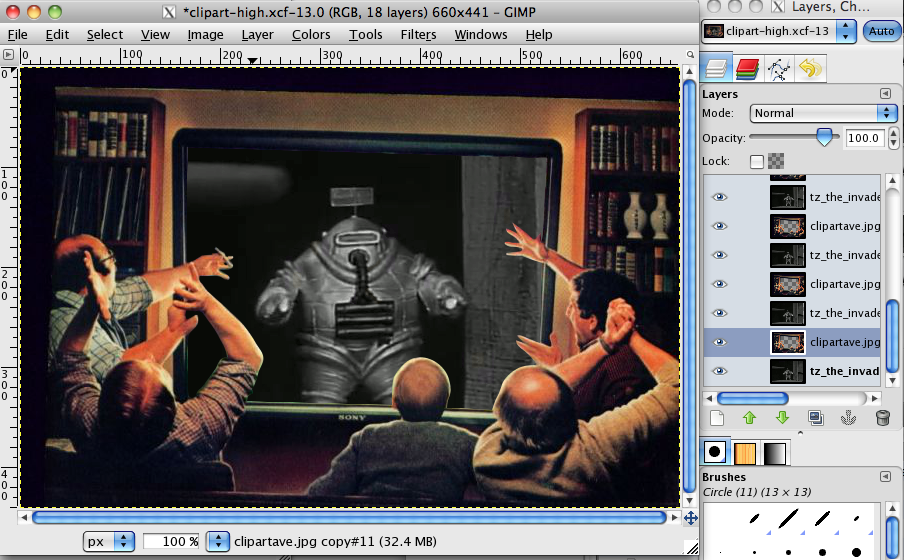 I then went to Layer–>Merge Down while selecting the layer above the alien (namely the guys around the TV). I merged each of the TV layers on top of each of the aliens. 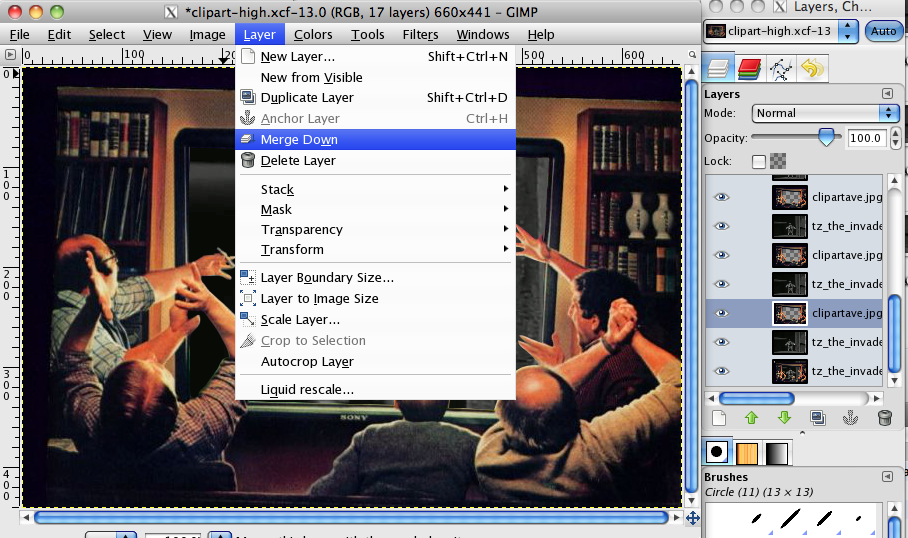 After that, I saved the image as a GIF. Just be sure you scale the original animated GIF you import to map with the vintage image so that the two are roughly the same size. Trying to scale each layer image for size individually will quickly become a pain in the ass.

And, here is the final product: