One of my favorite C64 games from “back in the day” was Datasoft’s Conan: Hall of Volta (1984). I went looking for it as soon as I got my ZoomFloppy up and running, and it was as good as I remembered. 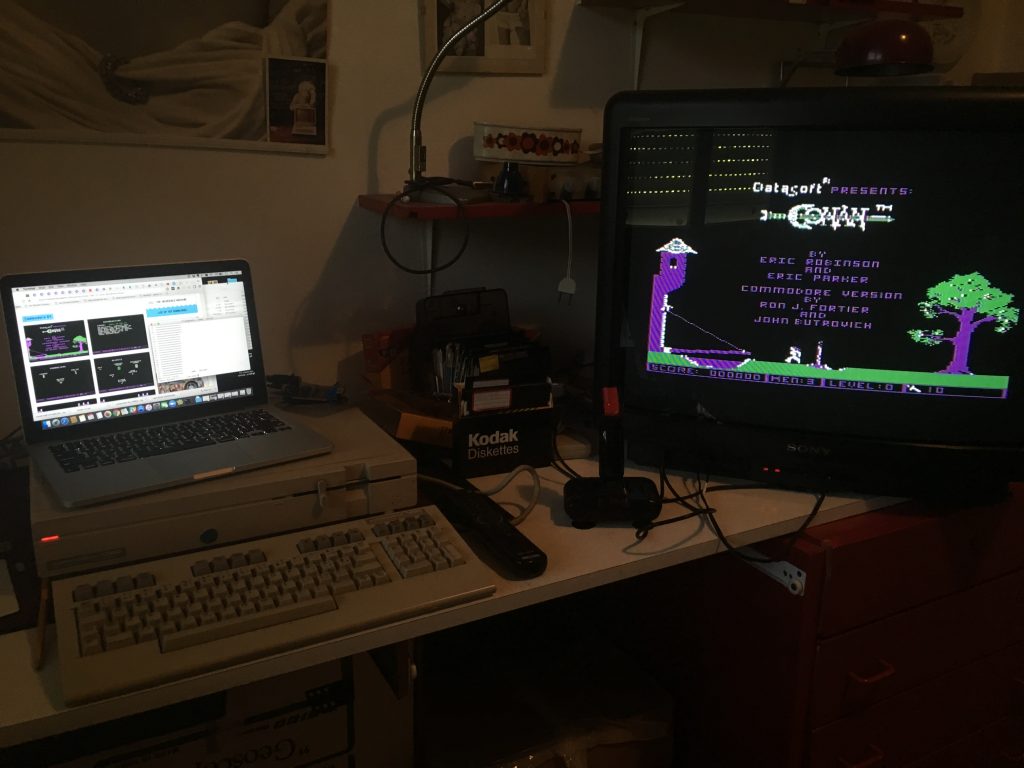 But maybe even cooler than the game was the animated introduction to this cracked version for the C64 created by the cracker group Nostalgia. Software cracking was one of the earliest organized challenges to copyrighted software, which was first introduced during the 80s for systems like the Apple IIe, the Atari 800, and the C64.  Crackerz reverse engineered protected software and then distributed them freely on the internet with a calling card much like the one below.I was introduced to this community in earnest in the early 90s when Warez sites were all the rage. 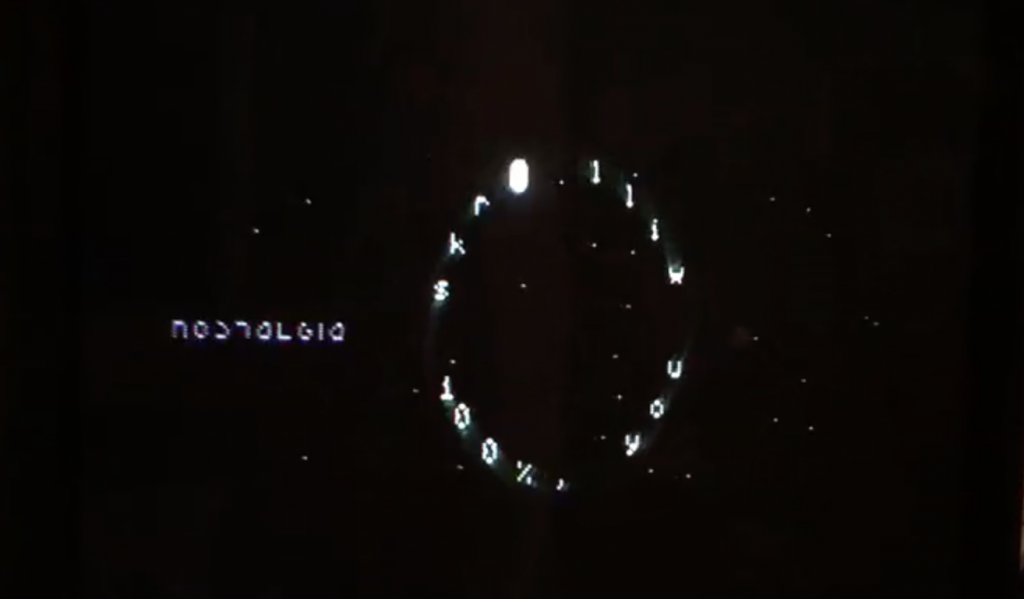 Click to see video of Nostalgia’s intro to Conan Crack

There is so much 8-bit art/culture in Nostalgia’s intro for their cracked version of Conan: Hall of Volta. It’s like animated digital graffiti from the 80s, crackerz leaving their tags on the culture they set free! This got me interested in this cracker group so I searched and found their page on c64.org, which provides a history of the community:

The date was 1st of January in 1994 when Mr Alpha, then in Rebels, had the idea to form an”oldie-group”, as he calls it. This new kind of a scene association should release old skooldemos, game-graphics and -musics in collections to keep remembrances awake. It was firstly called “The Remembers” (TR) and also wanted to provide fresh and hot orries to the famous groups that were still around at that time. “Legendary Oldies #2” was the first real product coming from TR, the first part of these oldies was released under the Rebels flag earlier. The first sceners following Mr Alpha were Maverick, H-Bloxx and luckily also Zyron, who agreed on an offer by Mr Alpha in spring 1994.

The history reads like something out of Anthony Burgess’s Clockwork Orange, with it’s own syntax and diction,  “provide  fresh and hot orries to the famous groups.” Orries is honors? No idea, but I love it. Anyway, Nostalgia has been releasing cracked games since 1994, which means they have been consistently active for 22 years. There latest contribution was the 1985 video game Nightshade, and it was released just two months ago.

This led me down the path to read more about software cracking on Wikipedia, and there are some gems there, namely Old Red Cracker and his/her High Cracking University:

The High Cracking University (+HCU), was founded by Old Red Cracker (+ORC), considered a genius of reverse engineering and a legendary figure in RCE, to advance research into Reverse Code Engineering (RCE). He had also taught and authored many papers on the subject, and his texts are considered classics in the field and are mandatory reading for students of RCE.[12]

The addition of the “+” sign in front of the nickname of a reverser signified membership in the +HCU. Amongst the students of +HCU were the top of the elite Windows reversers worldwide.[12] +HCU published a new reverse engineering problem annually and a small number of respondents with the best replies qualified for an undergraduate position at the university.[12]